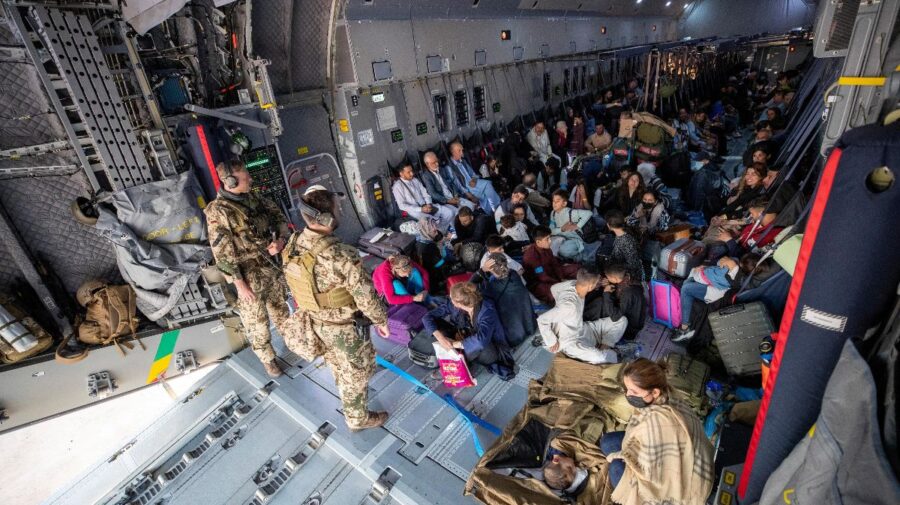 The Taliban have agreed to allow “safe passage” for civilians who are attempting to reach Kabul’s international airport and join the US-directed airlift. But the prospect of evacuating some Afghans is fueling xenophobic narratives and misinformation.

“If history is any guide, and it’s always a guide, we will see many refugees from Afghanistan resettle in our country, and over the next decade, that number may swell to the millions,” claimed Tucker Carlson during his prime time Fox News talk show on Monday. “So first we invade, and then we are invaded,” he added.

Some right-wing figures appear to be spreading conspiracy theories that the Biden administration will use Afghans to shift political outcomes in Democrats’ favor. “Every Republican Governor needs to make statements right now that they will not under any circumstances take in any of the unvetted refugees Biden is going to attempt to resettle in red states,” tweeted Robby Starbuck, a Cuban-American influencer running for Congress in Tennessee. “This is one of the next moves they’re making.” Starbuck’s post received at least 2,600 retweets and 7,000 likes.

“Think twice before allowing Afghanistan refugees into your country,” tweeted Emerald Robinson, Newsmax’s White House correspondent, citing a 2013 Pew Research Center survey that showed Afghans support using Sharia law in Afghanistan. Sharia, which refers to “Islamic law,” is often used by non-Muslim commentators to refer to a hardline form of religious law (see this explainer on sharia). Many of these commentators spread xenophobia. Other influencers, such as Jack Posobiec, Marjorie Taylor Greene and others made similar claims, pointing to the dangers of “unvetted” refugees that they say should be sent elsewhere.

Much of the xenophobia is underpinned by the belief that the Biden administration will admit far more Afghans to the US than is currently planned. While more than 300,000 Afghans worked with the US mission over 20 years, only a small minority qualify for resettlement.

“It’s like [the Biden administration] want the credit from liberals for ending the Trump cruelty to immigrants and refugees but they also don’t want the political backlash that comes from actual refugees arriving in America in any sort of large numbers,” one anonymous administration official told Politico. — First Draft staff