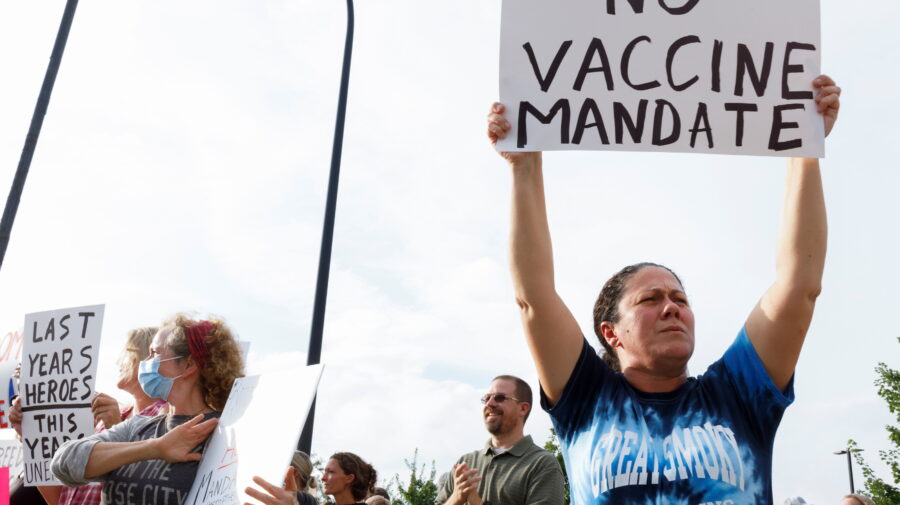 As some US states begin to require that healthcare workers get vaccinated against Covid-19, false claims about these vaccine mandates causing staffing shortages are surfacing on social media.

“Now hearing from docs and nurses that hospital vaccine mandates (which result directly from CMS pressure) are causing staffing shortages because so many nurses will not take the shot no matter what,” tweeted Alex Berenson, a former New York Times reporter who has been widely criticized for making false and misleading claims about the pandemic.

Berenson’s August 16 tweet was among some of the more prominent social media posts that claimed without evidence or overstated the scale of healthcare workers being suspended or quitting en masse over their refusal to get vaccinated. Berenson’s post has been shared at least 3,000 times. While there have been cases of healthcare workers pushing back against vaccine mandates, the large majority of them support vaccination and are fully vaccinated. In June, the American Medical Association reported that 96 per cent of physicians have been fully vaccinated against Covid-19. In a March survey of 22,000 nurses across the country, the American Nurses Association said that about 70 per cent had been vaccinated.

Both the AMA and ANA, along with the American Academy of Pediatrics, National Association for Home Care & Hospice and several dozen other prominent professional organizations representing healthcare workers, support vaccine mandates.

But in many of these misleading examples, disinformation actors falsely attributed the current shortage of healthcare workers in some states to the vaccine mandates. The main cause of shortages is surging Covid-19 cases. In one example, a county commissioner in Oregon wrote on Facebook that the state is experiencing a shortage of nurses because “some are quitting rather than be forced to take an experimental vaccine they’d rather not take.” The claim that the vaccines are “experimental” is a longstanding misinformation narrative. The vaccines have undergone rigorous clinical trials that have shown them to be safe and highly effective, as subsequent real-world data has also shown. The Food and Drug Administration is expected to grant the vaccines full approval in the coming weeks. — Keenan Chen