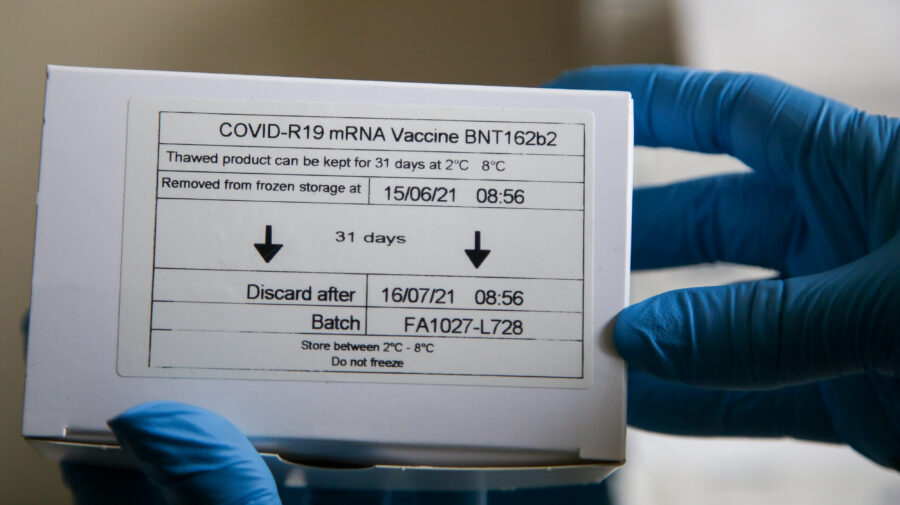 There is no evidence that mRNA Covid-19 vaccines cause reproduction or fertility issues, but baseless claims that the vaccines are causing miscarriages are once again being spread on social media. While the claims are not backed up by any evidence, the absence of authoritative data on the topic has created a data deficit around fertility and the safety of mRNA vaccines.

Robert Malone, a scientist and prominent Covid-19-vaccine skeptic who is known for his role in contributing to the development of mRNA vaccine technology, said on Twitter yesterday that he continues to hear “again and again” about “’heavy flow’ as a vaccine side effect.” “The thing is, ‘heavy flow’ can actually be occult spontaneous abortion,” he claimed in a tweet shared at least 3,000 times. Malone claimed this adverse effect had been overlooked by the Centers for Disease Control and Prevention and the Food and Drug Administration.

While there are reports of some women experiencing short-term changes in menstruation after getting vaccinated, there is no evidence that Covid-19 vaccines affect fertility. This unproven narrative appears to originate from a debunked rumor stemming from the misinterpretation of data collected by the Vaccine Adverse Event Reporting System (VAERS). VAERS reports are voluntary and not confirmed.

The World Health Organization and the CDC have said that both mRNA-based vaccines — Pfizer and Moderna — are safe for pregnant women. And in June, the New England Journal of Medicine published a preliminary study of 35,000 participants that found no “obvious safety signals” for pregnant women who had received mRNA vaccines.

The CDC and the study’s authors have acknowledged that available data on the topic remains limited and requires further research. This data deficit can present a problem for those attempting to debunk the claims. “[T]he infertility myth is particularly hard to debunk because it’s hard to disprove a negative — just because something scary hasn’t yet happened, people reason, doesn’t mean that it won’t,” Professor Eve Feinberg of Northwestern University has argued.

Some conspiracy theorists, such as Alex Jones, Mike Adams and DeAnna Lorraine, have also recently cited the New England Journal of Medicine study to falsely claim it concluded that “82% of Pregnant Women in Study Had Miscarriage.” These videos have racked up tens of thousands of views on sites such as Bitchute and Rumble, and are now being shared on Twitter, Facebook and more mainstream social media platforms. — Keenan Chen