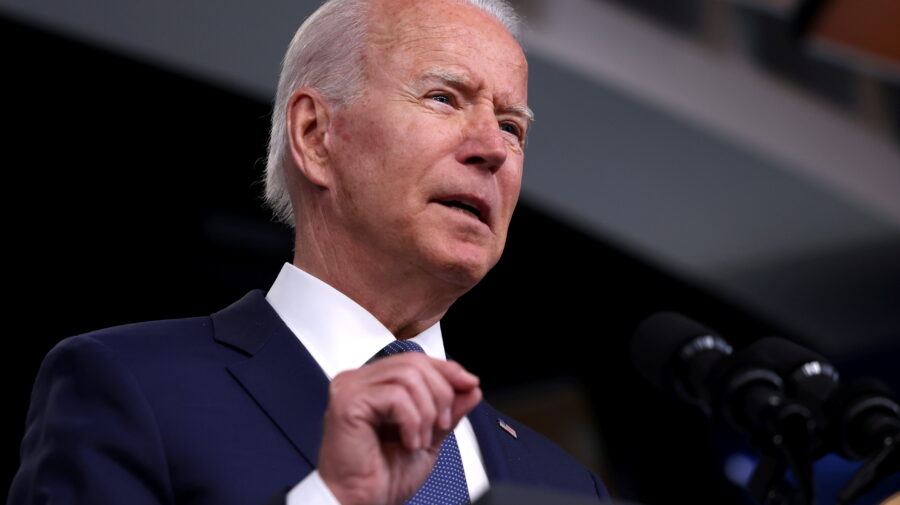 The conspiracy theory that the administration of President Joe Biden is covering up at least 45,000 vaccine-related deaths is seeping onto social media. The narrative comes from a “whistleblower” complaint based on an alleged analysis of data from the Vaccine Adverse Event Reporting System (VAERS), run by the Centers for Disease Control and Prevention and the Food and Drug Administration. The complaint appeared in a lawsuit by attorney Thomas Renz, who is representing America’s Frontline Doctors, a right-wing organization that regularly shares vaccine misinformation.

On Sunday, a video was posted to BitChute that shows Renz speaking on the “ReAwaken America” conspiracy theory tour, where he announced that he was filing papers in federal court. Renz cited a whistleblower, “Jane Doe,” and claimed that “we know, based on what she said, that there had been at least 45,000 deaths from this vaccine” within three days of receiving it.

VAERS has received more than 5,200 reports of death following vaccination, according to a June 28 USA Today fact check. But as the fact check points out, “Deaths reported to VAERS are not a ‘death toll’” because “VAERS data isn’t vetted, those reports do not prove a causal link between COVID-19 vaccination and death.”

The Covid-19 vaccines approved in the US have been proven safe and effective in clinical trials. And “[m]illions of people in the United States have received COVID-19 vaccines under the most intense safety monitoring in U.S. history,” the CDC website says.

Nevertheless, the BitChute video has been viewed at least 13,000 times, and has been amplified by The Daily Expose and other disinformation sites. Other sources of misinformation shared the video. They include Denis Rancourt, a former professor of physics at the University of Ottawa, who shared the video in a post with at least 555 retweets. Rancourt has previously shared misinformation about face masks and published an article in August 2020 titled “Face masks, lies, damn lies, and public health officials: a growing body of evidence.” The video has also appeared on Rumble.

Anti-vaccine actors often intentionally distort data published on VAERS, which was set up for early warning purposes and may contain “incomplete, inaccurate, coincidental, or unverifiable” information. VAERS reports have frequently been cited in misleading ways to spread misinformation about the safety and efficacy of Covid-19 vaccines.

The reference to a so-called “whistleblower” has also been a common tactic in spreading misinformation. Following the 2020 election, numerous “whistleblower” or “insider” complaints were used to advance the stolen-election myth.

The court papers Renz filed in federal court are on behalf of America’s Frontline Doctors, the group behind a separate lawsuit challenging a vaccine mandate at Indiana University that a Trump-appointed judge shot down Sunday. The group’s founder, Simone Gold, was arrested in January after reportedly participating in the storming of the US Capitol. — Keenan Chen