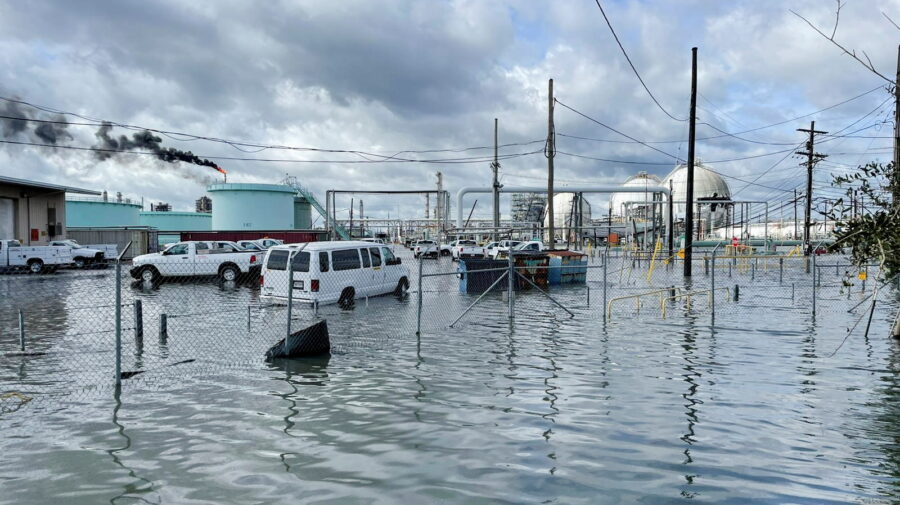 Hurricane Ida, which made landfall in southeast Louisiana on August 29, killed at least five people, leveled homes and left hundreds of thousands of people without electricity. Although scientists believe that hurricanes and storms are becoming more severe because of climate change, some familiar tropes of climate denialism and other conspiracy theories have resurfaced on social media.

After Ida, a Category 4 hurricane, swept through the Gulf of Mexico, an important oil and gas manufacturing region for the US, a Telegram channel that often amplifies conspiracy theories baselessly alleged these facilities were in fact producing the chemical adrenochrome from human blood. The claim harks back to a centuries-old anti-semitic conspiracy theory that alleges “global elites” torture children to harvest adrenochrome and stay young. The conspiracy theory has gained popularity in extremist circles since last year. The Telegram post has at least 80,000 views and has been amplified by other accounts, including a QAnon-connected one with 223,000 subscribers.

In a baseless rumor also involving oil and gas production facilities in the region, some on social media implied that the hurricane had been manufactured in order to achieve some sort of political agenda. “Just curious ?, how many more ‘natural’ disasters do you think we’ll see before the end of year?” wrote Sherri Tenpenny, a prominent anti-vaccine influencer, in a post that accompanied an article in the far-right The Epoch Times that claims the oil and gas supply will be severely reduced. This post by Tenpenny, who previously testified in support of the Covid-19 vaccine magnetism conspiracy theory, has at least 24,000 views.

While many disinformation actors tend to embrace climate denialism and refute the scientific consensus that human behavior is a major cause of the climate emergency, some of these actors also advance baseless rumors about natural disasters they say were engineered by people. Tenpenny’s latest post echoed other viral posts from earlier this year that falsely claimed an unexpected snowstorm that hit Texas and caused significant damage was manufactured by the government. — Keenan Chen