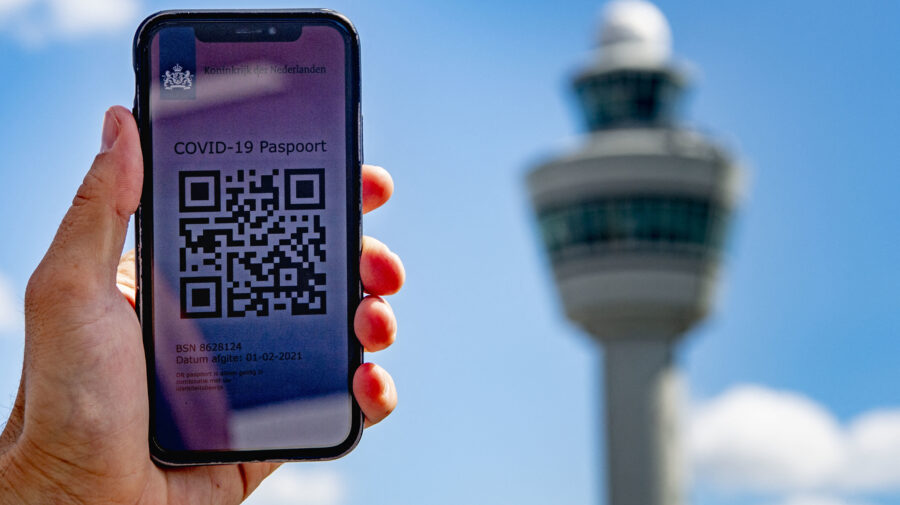 An illustrative image of the digital COVID certificate on a cell phone in Amsterdam. (Reuters/Robin Utrecht)

Yesterday, the EU launched its digital COVID certificate that allows Europeans and select others to travel more easily across the 27 member states by showing proof of vaccination, previous infection or a negative test result. The launch came two days after Ireland, citing the Delta variant, announced a major policy reversal — that indoor dining and drinking would be limited to the fully vaccinated. These developments have renewed concerns about mandatory vaccinations while sparking conspiracy theories about secret government plots.

Part of the problem is clumsy terminology that conflates different things. The EU’s Covid certificate is about travel across member states, while Israel’s Green Pass covers both foreign and domestic purposes. Ireland’s is more confusing still — a pass originally designed for foreign travel will be used for local businesses. Amid the anger and confusion in Ireland, a number of social media accounts described the new measures as a tool to coerce young people to get the Covid-19 vaccine. Others described the policy as “medical segregation.”

In France, the government began this week a consultation process on mandatory vaccinations for some healthcare workers. President Emmanuel Macron had previously said that vaccinations would not be made mandatory. A potential policy change could further erode trust in the government and vaccines.

Meanwhile, in the US, President Joe Biden has ruled out a federal vaccine passport app. But a variety of passes have been introduced at the state level, while others have outlawed them. As First Draft previously outlined, “vaccine passports” have become associated with conspiracy theories and a culture war over whether governments and businesses should be allowed to require Covid-19 vaccination.

As more domestic certification and foreign travel passes are rolled out, inequality could worsen. In the US and Israel, there is already an inequality in vaccine distribution that hurts minorities and poorer people. And globally, nearly 25 per cent of the world’s population may not have access to a vaccine until at least 2022. In part for these reasons, the World Health Organization does not currently support Covid-19 “vaccine passports.” The agency is working to establish standards for a digital smart vaccination certificate. — Lucy Swinnen