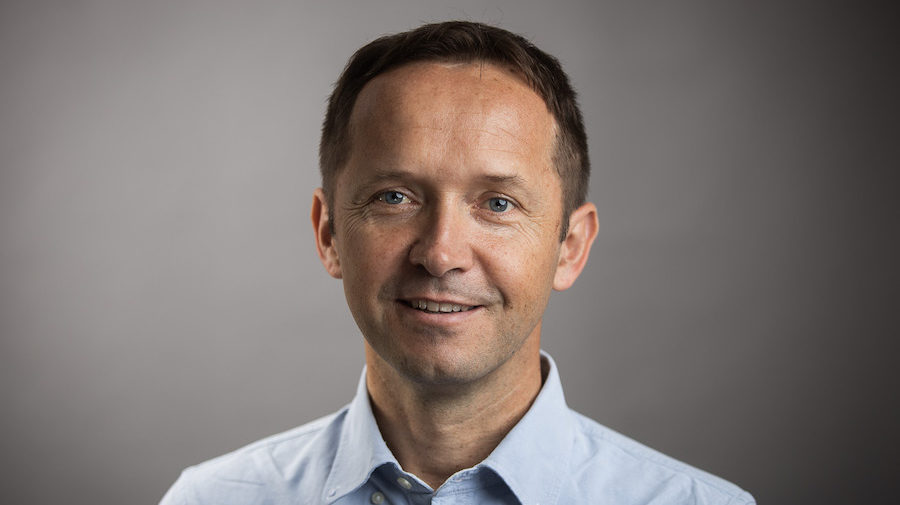 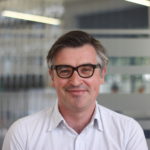 András Petho, co-founder of Direkt36, an investigative website based in Budapest, explains how Hungary's independent media has come under state attack.

Much of Hungary’s media over the last decade has, in plain sight, slipped under the yoke of the state. “It’s fascinating how this could be pulled off by a supposedly democratic EU country,” muses András Petho, co-founder of the independent Budapest-based website Direkt36.

The investigative reporting centre he helped co-found stands as a bulwark against a government seeking to muzzle independent journalism. According to the Reuters Institute Digital News Report for 2019, levels of trust in the news for Hungary stand at 28%, putting the country 34th out of 38 countries surveyed.

“It is pretty orchestrated,” Petho says of the country’s current news offering. “[The media] use the same language, the same tone and deliver the same message. They are functioning not as news outlets but as propaganda arms of the government.”

The journalistic mission of Direkt36 is simple: to conduct deep-dive investigations into corruption and hold the powerful to account. Asked to describe conditions for journalists, he declares: “I would say it was hostile to independent journalism. If you publish stories, you can get attacked by the government’s propaganda machine.”

Petho himself has been the target of doxxing attacks from government-sponsored entities. “They only published our names,” says Petho. “It’s not Russia or Turkey… I don’t want to over-state but it’s the direction [of travel] that is worrying.”

How did this all come to pass? Last year, Hungary’s prime minister Viktor Orbán – in power since 2010 – won a landslide general election after campaigning on a platform of anti-migration.

As leader of the national conservative Fidesz party, Orbán has bestrode Hungarian politics for a quarter of a century, including an earlier stint as prime minister between 1998 and 2002 – although this week he suffered a significant electoral blow when an opposition candidate won the Budapest mayoral race.

He has formed close bonds with Vladimir Putin and Donald Trump while denigrating American-Hungarian financier George Soros over his support for migrants, a common theme among the far-right’s conspiracy theory of a “Great Replacement”. Proudly embracing the “illiberal leader” sobriquet given to him, Orbán himself was a beneficiary of Soros when his Open Society Foundations (OSF) paid for him to study at Oxford in the 1980s.

The Reuters Digital News Report cites the creation of a new Central European Press and Media Foundation as the “most significant change to the Hungarian media market”, merging a total of 476 media companies with donations from many of the owners of the biggest-government groups. Government control is additionally exercised through state funding, the report adds. 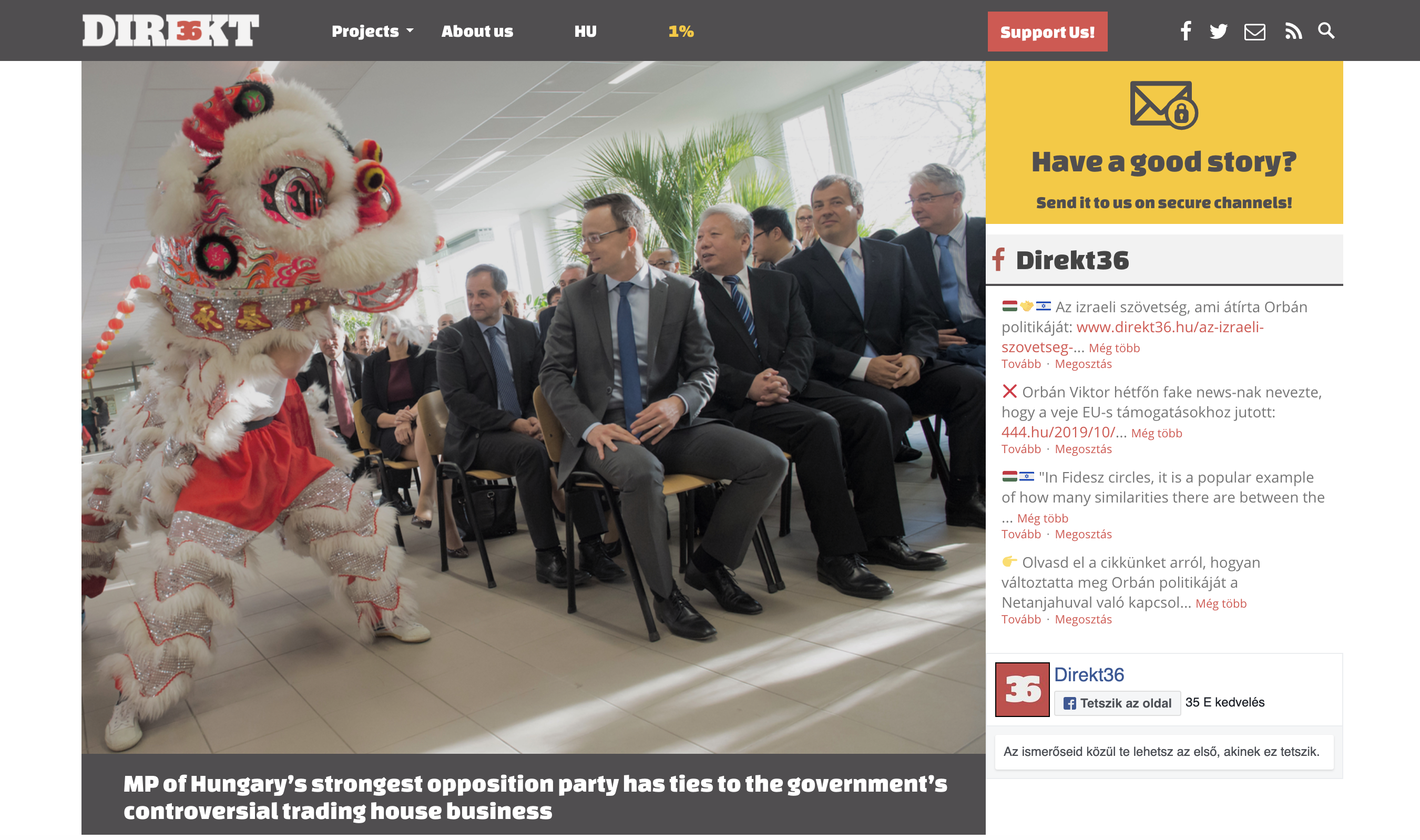 The captive media environment means the Fidesz party has been able to use the more traditional levers of broadcast and the press to get Orbán’s message across to voters.

“In 2015 a lot of refugees entered Hungary, but they then also left,” explains Petho. Nevertheless, “Viktor Orbán has been using migration as his main topic. The message was: ‘We need to prevent an invasion in Europe,’ even when you looked at the fact that nobody was coming to Hungary on the same kind of scale you saw in 2015.

“The media outlets close to the government treat migration as the most important issue in Hungary. They pursue the government’s agenda. You have nominally commercial ventures controlled or indirectly controlled by oligarchs and friends of the government.”

Are people at risk of being brainwashed? “The 2018 election shows that this works,” says Petho. “I didn’t think that this message they were pushing about migration – George Soros and so forth – would work. Some of the campaign posters [about Soros] would have anti-Semitic graffiti on them.”

According to the Reporters Without Borders’ 2019 World Press Freedom Index, Hungary has fallen 14 places this year to 87th out of 180 countries. It says “officials in Prime Minister Viktor Orbán’s party Fidesz continue to refuse to speak to journalists who are not from media that are friendly to Fidesz”.

From Brazil to the Philippines and beyond, a creeping sense of authoritarianism around the world continues to gain traction as so-called Western bastions of free speech struggle with their own internal issues. In central Europe, an arc of autocracy extends into other countries such as Poland and Serbia.

Dr Courtney Radsch, advocacy director for the New York-based Committee to Protect Journalists, says: “There is a constellation of factors and trends and it is all coalescing at this moment – it is making it difficult for journalism to compete against rising authoritarianism worldwide and get on the public’s side.

“There are so many things we depend on journalism for. But it is hard for the public to understand that journalism has been politicised. There is a trust deficit because they have been de-legitimised. You add to that media competing to be visible in the digital space. The business model is also being undermined…

“We have seen that rhetoric around ‘fake news’ has resonated with demagogues around the world who have grasped onto this concept to undermine independent journalism – and to target and threaten individual journalists and news outlets to justify oppression.

“We see this… in Hungary where [the term] ‘fake news’ is being used to legitimise a crackdown on independent media.”

For Petho and his colleagues, they find themselves suffering under the mental strain of having to deal with growing levels of autocracy, an hour’s flight away from European capitals such as Vienna and Berlin.

For those especially who are following Germany’s relationship with Viktor Orban’s government.

A Deutsche Telekom subsidiary is being taken over by a person close to the HU gov't. The firm has had some important clients: the secret services.

“I started doing journalism in the early 2000s and I was quite optimistic and hopeful. At the time the biggest problem was how to leave the legacy of socialism behind and do real, independent journalism. I never thought we would reach this point. We are going backwards – it is much worse than 15 to 20 years ago.

“Before the government created its own ecosystem, Hungary always had a partisan media landscape. Papers supporting the right or left-wing parties and politics. If somebody broke a big story, on the left or the right, the story was covered by everyone. That doesn’t happen now.”

In 2014 he left the news site Origo, where he was a senior editor, in protest against alleged political pressure to drop certain stories that were uncomfortable for the government. Prior to that he had worked for the BBC World Service and The Washington Post.

The following year he helped found Direkt36, named after Hungary’s telephone country code. Following a crowdfunding drive, it now has 2,000 active members. The six-strong journalistic team publishes in Hungarian and English. It also receives funding from the OSF and other foundations and is paid by media organisations for research it conducts. First Draft has also received funding from OSF.

Direkt36 investigations have included how the government hired Russia’s state company to build a nuclear plant and serious anomalies in EU-funded start-up projects found by going through 20,000 pages of leaked documents. It also played a role in the international publication of the Panama Papers.

But Hungary is now increasingly having to deal with online misinformation. “What is becoming more and more common is that the government-controlled media is using fake photos and videos to promote anti-migrant stories,” says Petho.

“For example, Origo, a pro-government news site, used a photo of an Hungarian woman in a coma and her mother, who was taking care of her, for a story about an attempted rape allegedly committed by a migrant in France.”

The independent Hungarian website 444 published their version of events. Origo sought redress but lost the case in court. 444 have published an account of the court ruling and findings.

Petho then found himself the subject of doxxing. “Last year after the elections a government-controlled magazine published a list of ‘George Soros mercenaries’ in their publication and online.

“They published names without context. My colleagues and I were also listed there. We have always been transparent with our readers about grants from Open Society Foundations [founded by George Soros] – but obviously this was an attempt to intimidate people. Personally I didn’t care but I got phone calls from family and friends who were worried.”

The Reuters Institute for the Study of Journalism at Oxford University has published separate research on “critical journalism in authoritarian states”. First Draft is publishing its own guides, also available online, for journalists working in hostile environments and the disinformation space. Our first guide shows how journalists can report on manipulated pictures and video.

There is clearly a role for the EU, journalists and human rights groups to play to support its media. Last year, the European Parliament triggered Article 7 in which it called Hungary a systemic threat to democracy and the rule of law. The measure did not penalise Hungary but leaves open the possibility of sanctions.

Petho won’t be drawn on whether the EU is doing enough and says it is beholden on Hungarians to challenge the status quo. He says Direkt36 is not alone and points to other crowd-funded, independent sites like Atlatszo. The biggest online portal Index.hu and broadcaster RTL also remain independent.

He recommends that journalists should learn English, if it isn’t their first language, as he says immersing himself in American and British media helped him learn how to plan a story at the start of his career. Twice the winner of a Soma, the prestigious annual award dedicated to investigative journalism in Hungary, Petho says his time at The Washington Post and BBC helped to hone his journalistic skills.

For the next nine months, he is taking a Fellowship in the US at the Nieman Foundation for Journalism at Harvard. There, he will study how investigative reporting teams operating in hostile environments can improve audience engagement and create sustainable financial models for their work.

“At Direkt36, we are not covering misinformation stories directly. But we are aware that it’s happening and therefore we’re doing everything we can to check every piece of information before we publish.”