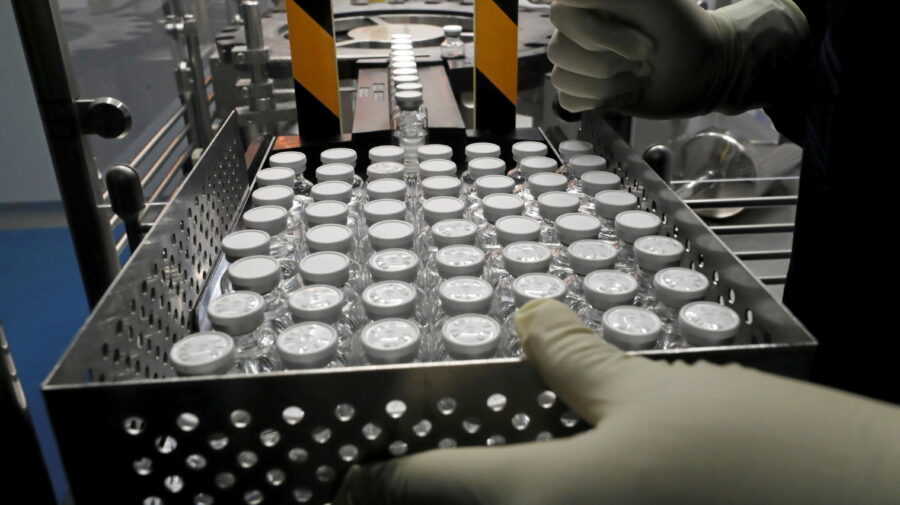 A former US chiropractor’s false claim that the antiviral drug remdesivir is responsible for Covid-19 deaths has been viewed hundreds of thousands of times on various video platforms. Remdesivir is approved for use in the treatment of hospitalized Covid-19 patients around the world, including in the European Union, the United States and Australia. While there has been conflicting data about whether the drug is effective in preventing Covid-19 deaths, the latest research, such as this peer-reviewed study published in August, found treatment with remdesivir was associated with lower mortality compared to best supportive care.

The video shows Dr. Bryan Ardis, whose LinkedIn profile says he is a Texas-based former chiropractor, falsely stating that the deaths of Covid-19 patients were caused by kidney failure due to the use of remdesivir, rather than the disease itself. The video has been circulating on social media such as Facebook, Twitter and Telegram in multiple countries, including the US and Australia, and has been referenced in conspiracy theories alleging that doctors and nurses were “killing” hospitalized Covid-19 patients using remdesivir.

Ardis also discusses a conspiracy theory involving Dr. Anthony Fauci, director of the National Institute of Allergy and Infectious Diseases, and federal agencies in the video, recorded at a live event. He says health authorities made “Covid-19 look more deadly than it really was” by approving remdesivir so “they could murder people, and convince you people were dying of Covid-19.” As an example of reach, as of September 30, one BitChute video of the speech had been viewed nearly 380,000 times, while a Rumble video of the same footage received more than 220,000 views.

Ardis also repeatedly discouraged people from seeking hospital care for Covid-19 in the speech and in an interview with far-right radio host Alex Jones’ InfoWars, in which he states “your likelihood of surviving goes up if you stay away from the hospitals.” He also says in an unverified online report that “[NIH] and CDC Protocols ARE Causing More COVID Deaths than Covid Alone.”

Multiple Australia-based Telegram channels have echoed Ardis’s claims, including in a post that was viewed more than 3,500 times that falsely claims Covid-19 deaths are “medically induced deaths”. Others in the Australian Telegram channels falsely stated that deaths purportedly caused by remdesivir were being faked to encourage people to take Covid-19 vaccines, and that unvaccinated people were denied care in hospitals. American online show host Stew Peters, who shared disinformation in the past, said doctors are “killing patients using Remdesivir and [ventilators], denying care to unvaccinated people and withholding nutrition.” That post had received more than 236,000 views as of September 30.

Some of the Australia-based Telegram channels that these and other posts were shared in were involved in the organization of recent anti-vaccine and anti-lockdown protests in Australia.

There were also assertions of financial conspiracy around the use of remdesivir and “big pharma and hospitals scheming for profit,” such as in a claim (4,000 views) that Australian hospitals were administering remdesivir to receive more money from Australia’s government-funded health service. On September 17, Australian MP Craig Kelly suggested Australia’s drug regulator had approved remdesivir but not the anti-parasitic drug ivermectin because the former “earns huge profits for Big Pharma.” That post was viewed nearly 38,000 times.

The Associated Press debunked Ardis’s false claims in this fact check report, citing expert opinions that the symptoms described would be associated with severe Covid-19 infection and not remdesivir. Falsehoods and conspiracy theories about possible treatment for Covid-19, including remdesivir, may have real-life consequences if online narratives discourage people from seeking medical care, as NBC’s Ben Collins reported. — Lucinda Beaman, Esther Chan