Is Gettr tied to the anti-CCP movement? 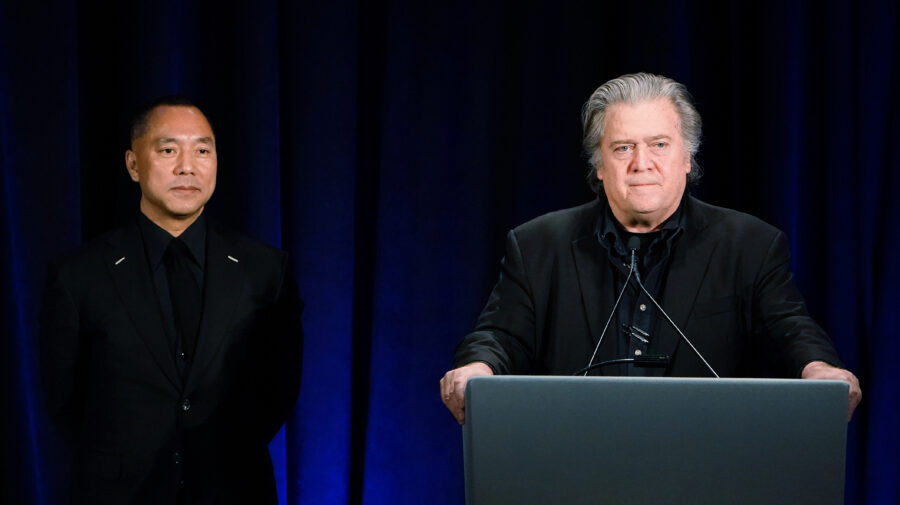 Guo Wengui and Steve Bannon at a news conference in New York in November 2018. (REUTERS/Carlo Allegri)

First Draft’s research has found a number of other signs that indicate links between the Guo-led anti-Chinese Communist Party (CCP) Himalaya movement and Gettr. Prior to the platform’s launch, Guo ran a similar platform called Getter to communicate with his followers and promote anti-CCP rhetoric. Getter’s development traces back to at least June 2020; it started as part of GTV, a YouTube-like video site tied to the Himalaya group. Following Gettr’s launch, there were calls within the Himalaya movement’s private communication channels for mass flagging campaigns of problematic accounts, including Donald Trump imposters. Some users then noticed that certain profiles on Gettr had been suspended, a sign Himalaya is trying to influence the platform’s content moderation decisions.

Accounts purported to represent Gettr were also established in the past couple of months on Facebook, Gab, Instagram, Quora, Reddit, Twitch, Twitter and YouTube. Some of these accounts were recently repurposed from promoting Himalaya-related content to that about Gettr, including one video that celebrates the one-year anniversary of the New Federal State of China — another name for the Himalaya movement.

One hashtag that gained traction after Gettr’s launch was #TakeDowntheCCP, used by Himalaya supporters to push anti-CCP rhetoric, including the unproven lab-leak theory. One post blamed China’s “internet water army” and ”wumao,” or ghostwriters, for the pornographic images and GIFs that have flooded Gettr. And yesterday, Guo accused the CCP of orchestrating the July 4 hack on Gettr. A Business Insider interview with the account that claims to be behind the hack said he did it “just for fun”; there’s no indication of links to the CCP.

Meanwhile, a flood of positive reviews about Gettr on the App Store and Google Play Store suggests ties to the Himalaya movement. The majority of positive reviews either display anti-CCP messages that echo Himalaya’s call to “take down the CCP” or come from known aliases of major Himalaya figures. The movement’s supporters claim that negative reviews have come from the CCP or CCP supporters. — Stevie Zhang, Esther Chan