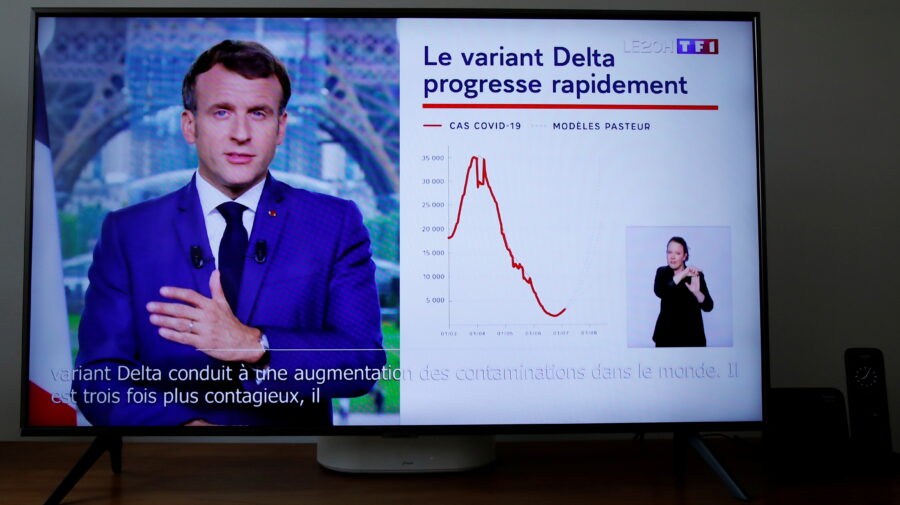 Last night, French President Emmanuel Macron unveiled a number of measures aimed at curbing the rise in Covid-19 cases and the spread of the highly contagious Delta variant. Amid a slowdown in the number of new vaccinations, Macron announced that Covid-19 shots would be made mandatory for healthcare workers and use of the “sanitary pass” — proof of full vaccination or a recent negative Covid-19 test — would be extended beyond mass gatherings to cinemas, theaters, restaurants and bars.

But the online reaction to Macron’s address was in stark contrast to offline developments. Many highly followed Instagram sources highlighted Macron’s U-turn on the issue, pointing to a tweet in December in which he reiterated that Covid-19 vaccines would not be made compulsory. Right-leaning Facebook communities used the reversal to push inflammatory claims likening Macron to a dictator, while a widely shared Instagram meme falsely suggested that unvaccinated people would be jailed.

A number of high-performing Twitter posts expanded on the false narrative that Covid-19 vaccines are experimental to claim that it is unethical to mandate vaccinations. And various online communities — particularly Yellow Vest ones — are calling for protests against mandatory vaccination for healthcare workers and the prospect of mandatory vaccination for all, a move Macron left open as a possibility. — Seb Cubbon