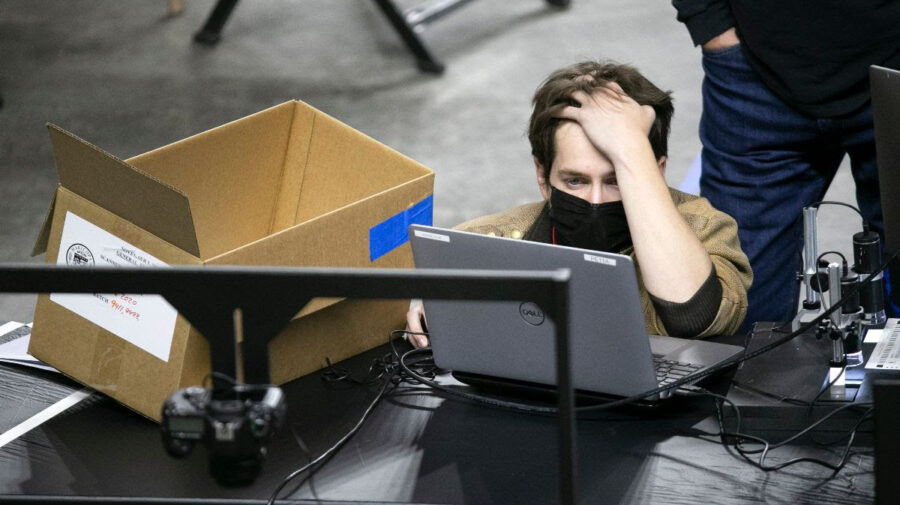 The recount of Maricopa County ballots from the 2020 general election. (USA TODAY via Reuters)

A month into the disinformation-driven “audit” in Maricopa County ordered by the Republican-controlled Arizona Senate, misleading US 2020 election narratives remain rampant on social media. The situation looks set to worsen amid a Republican push to conduct similar reviews in other states.

For many disinformation actors, the prospect of “auditing” election results in key states and counties poses a new opportunity to re-energize the stolen-election myth online, despite the crackdown by social media firms after the January 6 Capitol insurrection. In Arizona, “Sharpie” and other baseless claims about election fraud flooded social media during and after the presidential election. Now, other discredited claims about “deleted databases” and “missing boxes” in Arizona are again being amplified on social media.

In Pennsylvania, where Republicans control both chambers of the legislature, a Facebook Page called “Audit the Vote PA” is circulating a petition to “get to the bottom of these irregularities in our voting system.” Claims of electoral wrongdoing in Pennsylvania have already been rejected by a federal judge.

In Georgia, previously a lightning rod for the stolen-election myth, a judge on May 21 agreed to unseal mail-in ballots in Fulton County after a civil lawsuit. A post on the pro-Donald Trump message board Patriots claimed this would lead to an audit in Georgia that would be “BIGGER THAN ARIZONA.” Charlie Kirk of the pro-Trump group Turning Point USA suggested in a video on Rumble that the same court decision could be the “[d]ownfall of [Raphael] Warnock and [Jon] Ossoff,” the two Democratic Georgia senators whose runoff victories have already long been certified.

A new Reuters/Ipsos poll found that a majority of Republicans believe the stolen-election myth, more than six months after the vote. — Keenan Chen