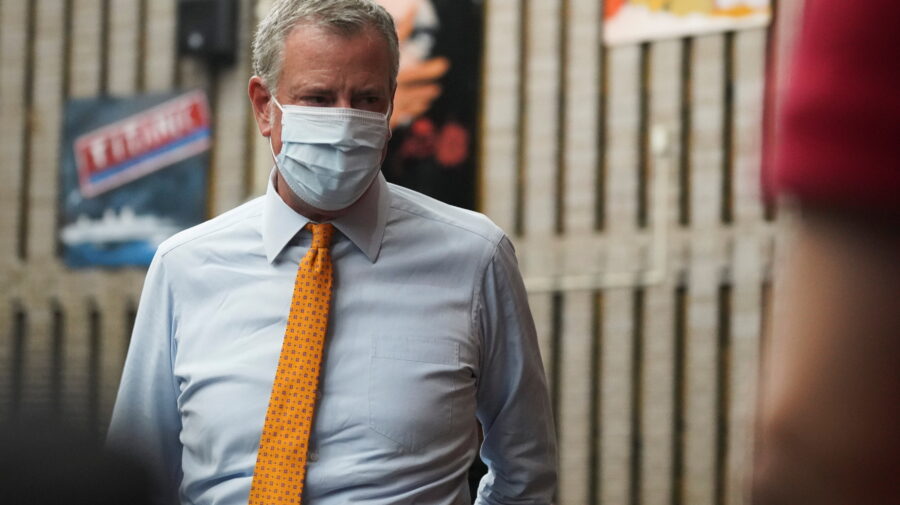 New York Mayor Bill de Blasio on Tuesday announced plans for a vaccine mandate as the highly contagious Delta variant has Covid-19 cases surging. Some public health experts welcomed the move, but misinformation actors are spreading misleading and inflammatory narratives about the announcement.

The plan requires employees and customers to provide proof of vaccination — using the “Key to NYC Pass” — to work or dine in restaurants and some other public indoor settings. New York will become the first major US city to enact a “vaccine passport” mandate; similar plans have already been implemented in parts of Europe and in Israel.

Following the announcement, a post on The Federalist’s Facebook Page described the mandate as “medical segregation,” appearing to draw a connection between the plan and a legacy of racist policies in the US. The Facebook post linked to an article from The Federalist that did not mention “medical segregation,” but stated, “The implementation of the mandate is set to disproportionately affect minorities, particularly black Americans.”

The language around “medical segregation” taps into an argument by some Republican politicians skeptical of promoting Covid-19 vaccines that unvaccinated people should enjoy special status under civil rights laws and be protected from discrimination. The Federalist has been frequently criticized for promoting Covid-19 misinformation.

Other anti-vaccine influencers furthered the claims about “medical segregation” and a vaccine mandate disproportionately affecting minorities. Some baselessly claimed the mandate was designed to segregate New York City’s Black residents, who data shows have been vaccinated at lower rates than the city’s overall population, as The Federalist article also pointed out. According to the city’s data, while about 60 per cent of New Yorkers have received at least one dose of a vaccine, only 35 per cent of Black residents have done so.

Another critique of the vaccine mandate’s impact on minorities came in the form of a question to White House Press Secretary Jen Psaki from a reporter at The Daily Caller, which the Southern Poverty Law Center has previously said has a “white nationalist problem.”

The NAACP and other prominent civil right groups have yet to comment on New York City’s planned mandate. Lower vaccination rates among minority groups in some areas, recent First Draft research suggests, may be attributable to a combination of factors, including concerns over side effects, a long history of medical racism and exploitation, and lack of access to medical care or trusted “health advocates.” The study’s author, Vanessa Chee, argued that increased vaccination rates will depend on building trust between these communities and the government and healthcare providers. “Where trust can be built, higher rates of vaccination are likely,” Chee wrote. — Keenan Chen