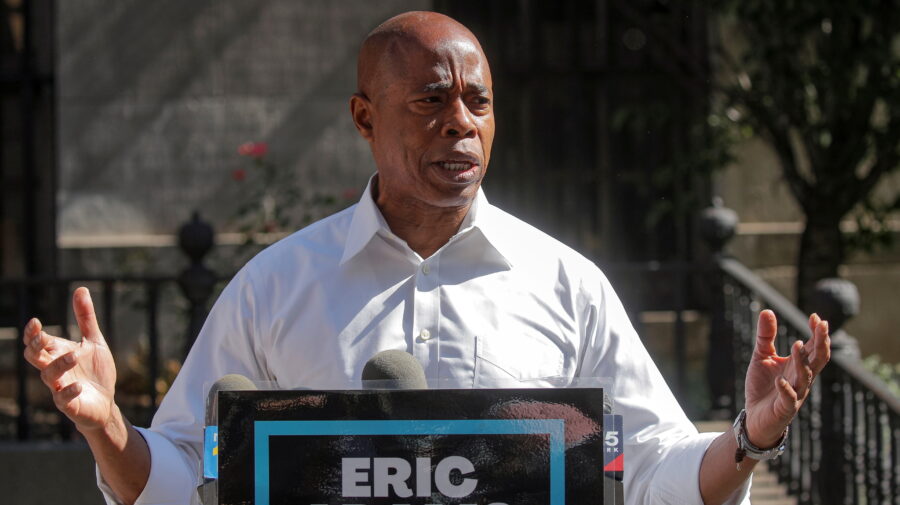 The Democratic Party’s primary for mayor of New York is prompting concerns after front-runner Eric Adams’s sudden reversal of fortune in the ongoing vote count, which proved to have significant errors. The mistake — along with broader confusion about the new ranked-choice voting system — threatens to fuel misinformation and undermine confidence in the result.

Adams, the Brooklyn borough president who emerged after the June 21 balloting with a solid lead in a crowded field under the new ranked-choice system — which sees voters select up to five candidates in order of preference — saw his lead appear to suddenly erode June 29, with former city sanitation chief Kathryn Garcia trailing him by around 16,000 votes, before news of the vote count error surfaced. Following the news, Adams’s campaign released a statement suggesting the jump in the overall total of around 100,000 votes raised “serious questions,” and referred to the sudden shift as one of several “irregularities,” without specifying.

The New York City Board of Elections posted a tweet acknowledging a “discrepancy” in the vote count. Hours later, the board posted another statement on Twitter stating that it had accidentally included 135,000 test vote records in the tally, and said it would run a fresh count. “The Board apologizes for the error and has taken immediate measures to ensure the most accurate up to date results are reported,” the statement read in part.

The Adams campaign’s initial statement stopped short of explicitly claiming malfeasance, but did reflect the confusion that has marked the new electoral process — confusion which was worsened by the board’s counting error. Meanwhile, around 125,000 absentee ballots are still outstanding. They will be tabulated before the board runs its new ranked-choice elimination process, meaning that the situation might become even more chaotic — particularly if it leads to previously eliminated candidates re-entering the field.

The vote count error and ensuing confusion have prompted conspiracy theories. A Twitter account promoting businessman Andrew Yang — another eliminated candidate —  with over 12,900 followers tweeted, “I would not be surprised if [Mayor Bill de Blasio’s] machine pulls some strings for Eric Adams to get him over the top. The Establishment is clearly behind him.”

Final results of the Democratic primary are expected in mid-July. New York leans heavily Democratic, meaning that the winner of the primary is likely to become mayor after facing Republican nominee Curtis Sliwa in November. — First Draft staff