Peru’s Fujimori makes unevidenced election fraud claims
First Draft uses cookies to distinguish you from other users of our website. They allow us to recognise users over multiple visits, and to collect basic data about your use of the website. Cookies help us provide you with a good experience when you browse our website and also allows us to improve our site. Check our cookie policy to read more. . 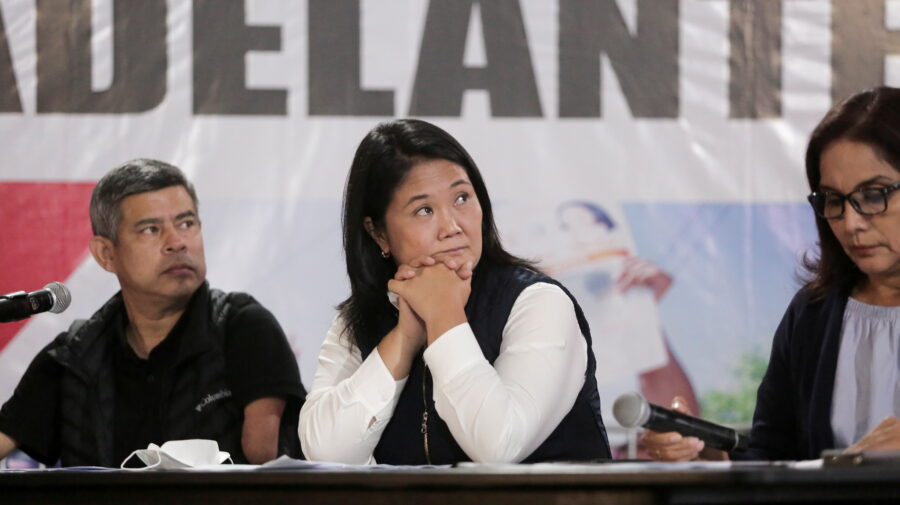 Yesterday, Peruvian presidential candidate Keiko Fujimori of the right-wing Popular Force party accused supporters of her rival, Pedro Castillo from the socialist Free Peru, of commiting fraud in the runoff election June 6. Fujimori’s accusation came toward the end of a day during which her initial lead disappeared as slower-reporting rural precincts favoring Castillo pushed the contender ahead.

To date, the delegation of international election observers in Peru has not reported any voting irregularities, and one inter-American mission earlier in the day congratulated the electoral authorities for a process “in agreement with national and international standards.” However, during a press conference, Fujimori showed a number of social media videos that she said back her claims. She also called on supporters to submit evidence of fraud using a Twitter hashtag, #FraudeEnMesa, or “fraud at the polls.” This effort to crowdsource “evidence” mirrored the development of the stolen-election myth in the US, where figures such as QAnon promoter Ron Watkins used hashtags to coordinate.

There are other worrying parallels in Peru. In neighboring Bolivia’s 2019 presidential election, a rapid bump in the margin of then-President Evo Morales’ victory led to initial claims of fraud, after which the military “suggested” Morales step down in what many have described as a coup. At least 33 were killed in ensuing street protests and a crackdown by authorities. Subsequent studies have called into question those early claims of fraud, and attributed Morales’ late surge in large part to the counting of votes in rural areas, where the socialist leader was popular.

Prior to Fujimori’s fraud allegations, commentators were laying the groundwork online. In a tweet shared at least 1,600 times, the host of a right-wing news program suggested that one tally from the city of Puno that heavily favored Castillo was fraudulent, because it was signed by three poll workers with identical paternal surnames. Several Twitter users responded that the surname is among the most common in the area. — Chris Looft