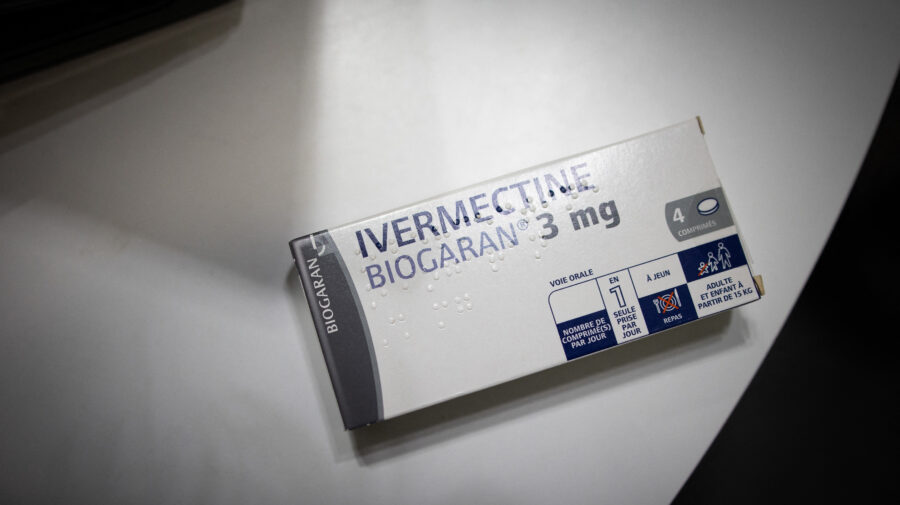 A box of ivermectin photographed in a pharmacy in Paris. (Lafargue Raphael/Reuters)

Over the weekend, Senator Rand Paul (R-KY) weighed in again on the debate around ivermectin, the anti-parasitic drug that has been baselessly touted as a proven treatment for Covid-19. Paul, who has spoken out against mask and vaccine mandates, along with other public health measures, claimed without evidence that anti-Donald Trump scientists and medical researchers are to blame for the lack of evidence of the drug’s effectiveness against Covid-19.

According to a report in The Cincinnati Enquirer, Paul said during a local town hall meeting in Cold Spring, Kentucky, that “the hatred for Trump deranged these people so much, that they’re unwilling to objectively study [ivermectin].” Paul, a former eye doctor, acknowledged that he had no knowledge as to whether ivermectin is effective against Covid-19, but “keeps an open mind.”

Scientists have been studying ivermectin but have yet to find robust evidence to back the drug as a proven Covid-19 treatment. Paul’s comments also echoed what some prominent supporters of pro-ivermectin and anti-vaccine online communities have long baselessly claimed: that special interest groups and social elites have been engaging in a global conspiracy to block the public from learning about the drug.

Although online conversations about ivermectin have been highly politicized, the former president doesn’t appear to have ever encouraged the use of the drug. Trump had baselessly promoted the anti-malarial drug hydroxychloroquine as a Covid-19 treatment. In April, the World Health Organization carried out a review of six clinical trials on hydroxychloroquine, concluding it “had little or no effect on preventing illness, hospitalization or death from COVID-19.”

False or misleading claims about ivermectin have flourished for months as vaccine skeptics and influencers continue to push it as a Covid-19 treatment. Facebook, Reddit and TikTok are reportedly grappling with reams of misinformation about the drug. Demand for ivermectin is also surging — not just in the US — and calls to poison centers are rising.

Last week, the Food and Drug Administration warned the public against self-medicating with ivermectin in a viral tweet. The tweet read, “You are not a horse. You are not a cow. Seriously, y’all. Stop it.” It linked to a consumer update on the FDA’s website titled, “Why You Should Not Use Ivermectin to Treat or Prevent COVID-19.” — Keenan Chen