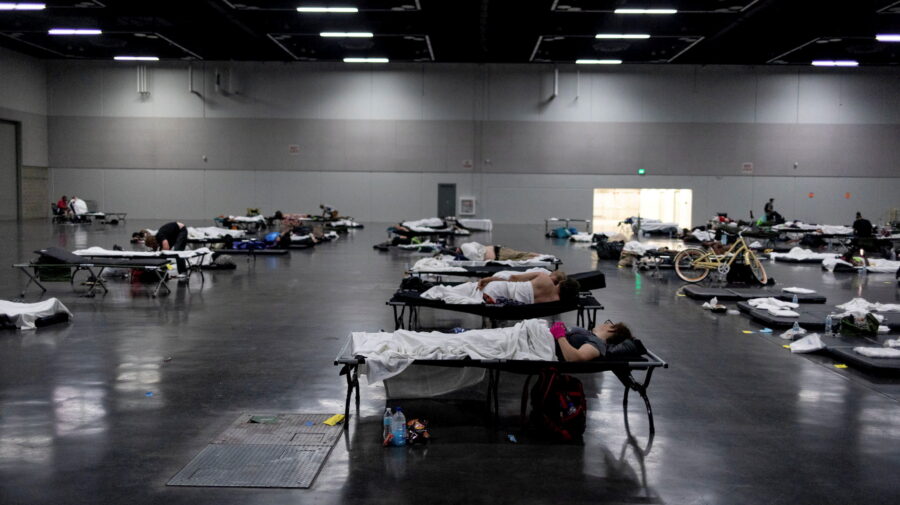 People sleep at a cooling shelter set up during an unprecedented heat wave in Portland, Oregon. (Reuters)

The unprecedented heat wave affecting British Columbia and the Pacific Northwest is the latest example of how climate change is creating extreme weather events, according to scientists. But people who reject climate science continue to spread false narratives on social media about the crisis.

The US National Center for Science Education identified three key arguments used by climate change denialists: firstly, that “climate change is bad science”; secondly, that “acceptance of climate change is driven by radical ideological motivations and leads to undesirable social consequences” and thirdly, that “it is only fair to acknowledge a scientific controversy over climate change.”

Recent misinformation about the heat wave follows these patterns. A Facebook Page with more than 32,800 followers called “Climate change is natural” shared an article that claimed “covert” NASA data showed global snowfall had increased over the past four decades. But the post ignores the context that increased snowfall and more volatile weather are other effects of the climate change-induced trend of broadly warming temperatures.

Elsewhere, “We The Media,” a Telegram channel that often amplifies disinformation, claimed in a post viewed at least 30,000 times that linking extreme weather to climate change was purely politically motivated. “The left likes to pretend that weather = climate change. It does not,” read the message.

In Canada, news reports about a large number of sudden deaths in Vancouver — potentially linked to the extreme heat — have led to conspiracy theories that the deaths are in fact the result of adverse reactions to Covid-19 vaccines. “Let’s blame the sun and not the vaccine,” a now-deleted thread on Reddit’s r/conspiracy subreddit sarcastically suggested. In a Telegram channel with over 197,000 subscribers that often amplifies conspiracy theories, multiple commentators also suggested the deaths were linked to the vaccines. — Keenan Chen