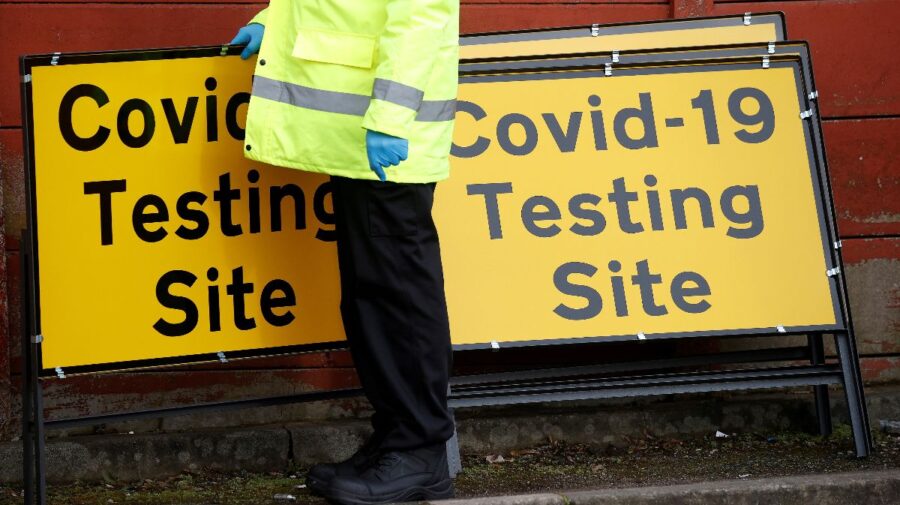 A testing site in Manchester. The Delta variant is dominant in the UK. (Reuters)

This week, the world crossed another grim milestone: At least 4 million people have died because of Covid-19. The rise of new variants — some potentially more dangerous than before — is being met with misinformation that is being adapted to an evolving situation.

Recent news coverage of the pandemic has focused heavily on variants, particularly the highly contagious Delta strain first identified in India. Delta has rapidly become dominant in the US, according to new data published this week. And Delta was already the subject of its own brand of misinformation — for example, one Instagram post identified by PolitiFact cites UK mortality data to falsely claim that Delta is “approximately 19 times less deadly” than other variants.

Health experts told PolitiFact that lower mortality rates in the UK are because of high vaccination levels. A Public Health England spokesperson also told PolitiFact that it’s too early to assess the Delta variant’s true mortality rate. The misinformation around Delta is a reminder of the dilemma that public health officials face when trying to effectively communicate scientific uncertainty while attempting to close knowledge gaps that spawn misinformation.

Consider also the Lambda variant first detected in late 2020 in Peru. The World Health Organization has deemed it a “variant of interest,” shy of the “variant of concern” label applied to Delta and three older variants. While two microbiologists told The New York Times that Lambda poses no cause for alarm, one of them said that fear over the variant stems in part from Latin America’s “limited capacity” to do the kind of genomic testing needed to better understand it.

But the mere act of reporting on Lambda has prompted comments from high-profile conspiracy theorists, including Robby Starbuck, a conservative activist who is running for Congress in Tennessee. In a tweet this week that was shared at least 2,100 times, Starbuck said, “I don’t care if the government calls it the Lambda variant, the Delta variant, the RobbyKiller variant or anything else. These fear tactics are control schemes and I refuse to give them more control.”

The misinformation-fueled hostility toward scientists and public health officials as they try to keep up with an ever-evolving pandemic could have long-term consequences. At a recent National Academies of Medicine event, Beatriz Grinsztejn, an infectious diseases physician and researcher in Brazil, said the anti-science environment there is accelerating “brain drain” — the emigration of more educated people in search of a better life. — First Draft staff