US now trails Europe in vaccine uptake. Misinformation is partly to blame
First Draft uses cookies to distinguish you from other users of our website. They allow us to recognise users over multiple visits, and to collect basic data about your use of the website. Cookies help us provide you with a good experience when you browse our website and also allows us to improve our site. Check our cookie policy to read more. Cookie Policy.

The US now trails Europe in vaccine uptake. Misinformation is partly to blame 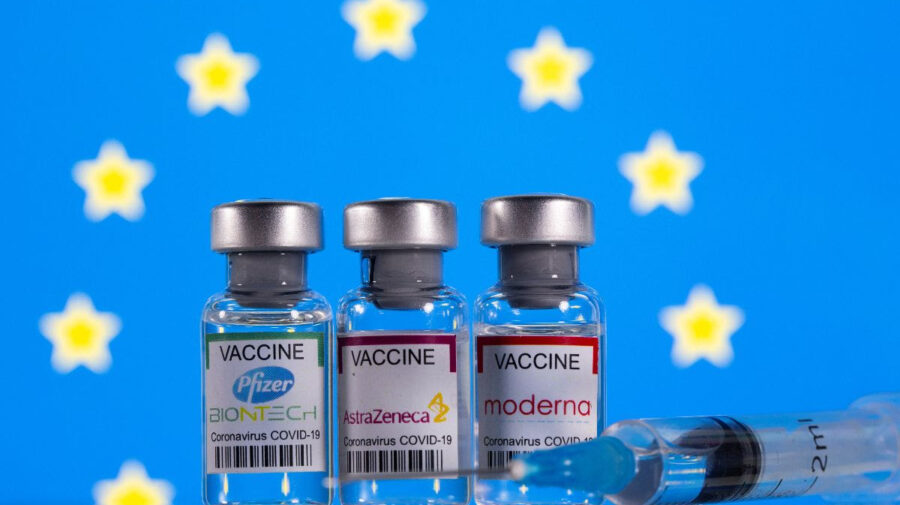 On Saturday, the European Union surpassed the US in the share of people who are fully vaccinated against Covid-19. Some 51 per cent of the EU’s residents are fully vaccinated, compared to 50 per cent in the US, according to Our World in Data. A relative lack of US public confidence in immunizations — fueled by vaccine misinformation — is partly to blame.

Among the false vaccine claims are that it is safer for people to remain unvaccinated than to get the shot. These and similar claims have been spread by dozens of accounts online in recent days.

The US is averaging 100,000 new Covid-19 cases a day, up from a low in June of 11,000. The surge is driven in part by the highly contagious Delta variant and lower vaccination rates in southern states. Cases are rising fastest in Florida and Louisiana. “Our models show that if we don’t [vaccinate people], we could be up to several hundred thousand cases a day, similar to our surge in early January,” Rochelle Walensky, director of the Centers for Disease Control and Prevention, told CNN.

One factor that might be contributing to vaccine hesitancy is that the shots have only received emergency use authorization from the Food and Drug Administration, rather than full approval. “In the history of medicine, few if any biologics (vaccines, antibodies, molecules) have had their safety and efficacy scrutinized to this degree,” Dr. Eric Topol of Scripps Research wrote in a recent op-ed for The New York Times, urging the FDA to grant full approval.

False claims that the vaccines are experimental, despite rigorous clinical trials and real-world data that show they are safe and effective, have long been a talking point of misinformation sources. On Sunday, Dr. Anthony Fauci, chief medical adviser to President Joe Biden, said he was hopeful that the vaccines would get full approval within weeks.  — First Draft staff