This Muslim journalist embraced social media until it ‘ruined’ his life 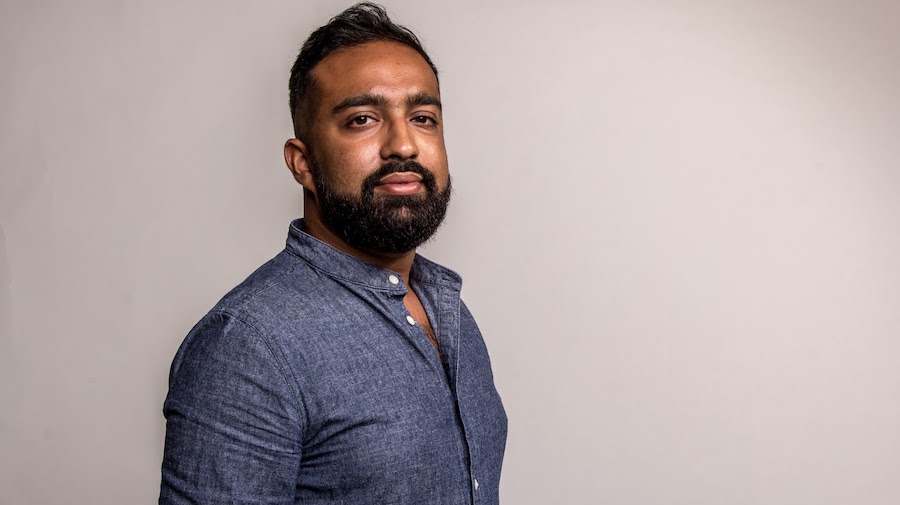 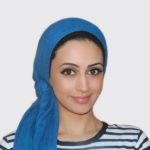 SYDNEY – Osman Faruqi was born in Pakistan and came to Australia at the age of 2. He’s been a journalist for over 10 years, reporting on politics, current affairs, culture and lifestyle, currently for the Australian Broadcasting Corporation, ABC.

A former political candidate for The Greens party, Osman had always been active on social media, until one day in 2018 when far-right activist Avi Yemeni published Osman’s personal mobile number on his Facebook page. This led to a wave of racist abuse, harassment and some death threats.

He spoke to First Draft about his experiences of navigating through the landscape of misinformation in Australia, dealing with racist harassment online and his thoughts on anti-Muslim tactics in the recent Australian Federal election.

First Draft: What do you wish more people around the world understood about misinformation in Australia?

Osman Faruqi: Australia’s media and misinformation context is particularly unique. It’s worth reflecting on how undiverse our media market is. News Corp owns the largest newspaper network in the country. The second biggest media organisation in the country is the ABC, which is a public broadcaster. What that means is that media literacy is, in my view, substantially lower in Australia than it would be in comparable democracies, where there’s real competition for news.

“Every way you look: on social media, on TV, in Parliament, in the newspapers, we’re being bombarded with anti-Muslim messaging.”

There’s not a lot of trust in media in Australia, aside from the ABC. The Reuters [Institute] study that came out recently showed that Australians were some of the least engaged news consumers in the world. That means that Australians are then susceptible to misinformation. They’re used to seeing partisan news. When they see a fake story, or [one] that’s been deliberately designed to misinform, it’s harder for them to distinguish that from regular news sources.

There was a lot of anti-Muslim content online during the recent Australian election. Did anything strike you as new or unusual about the types of messages, or how they spread?

The quantum of anti-Muslim information being disseminated as part of the election was new. Since 2001, we’ve all become used to seeing Islamophobia, whether it’s policy, speeches by politicians, articles in the newspaper, opinion pieces — that’s not new.

For me, what’s different about this time around is anti-Muslim messaging went from a fringe issue to becoming a really dominant theme. It’s coming from official players, like big news organisations and politicians. It’s also coming from less formal sources across social media as well. Every way you look: on social media, on TV, in Parliament, in the newspapers, we’re being bombarded with anti-Muslim messaging. That’s extremely new and quite confrontational, and I don’t know if we have any way of dealing with it.

You’ve written about being doxxed and harrassed, and recently left Twitter. What led to that decision?

I’ve been active on Twitter for 10 years, since 2009. Initially, I found it to be a really rewarding space. If you’re a young journalist who wants to build a name for [yourself] or build a profile, social media in that era was a really great way to do it. I got offered a lot of opportunities to write certain things because I was active on social media.

But as Twitter became bigger and bigger, in a more combative and toxic space, it became an area where I received a lot of abuse, for stories that I was writing, and sometimes just because I was a bearded Muslim man who had opinions. About a year ago, a far-right activist shared my mobile phone number on Facebook and encouraged people to harass me, and target me. I received a lot of death threats, both on the phone and on social media.

I really had to weigh up the pros and cons of being on social media, in particular, Twitter. The pros being that if you work in the media, that’s where your colleagues are, where stories break, it’s where you find sources, it’s where you share your opinions and ideas and your articles. And the cons being that every single thing I posted attracted hundreds of comments, calling me a “dirty, Arab n****”, “a Muslim pig”, posting images that were photoshopped of me being executed, just really horrible stuff.

To be honest, I still feel mixed about leaving the platform. My mental health is no doubt better. But I’m a journalist [and] I miss sharing my stories, I miss sharing the stories of my colleagues, I miss engaging and meeting people in the industry on that platform. The tragic thing is that social media can be a very hostile space and I don’t know if news organisations have done enough to protect us on these platforms.

What would you like social media and technology companies to do in response to misinformation and harassment online?

I’ve made hundreds of complaints to Facebook, based on people who use their real name who have sent me messages saying that they will bash me, that they know where I live, that they hope that my mum and my sister are raped. I’ve reported people for doxxing me and sharing my personal information. And Facebook has not done a single thing about it.

With Twitter, it’s the same story, I made complaints and very little gets done. These social media platforms have ruined the lives of so many people, they’ve ruined my life. Now they’re starting to understand that they have become vehicles for hate speech, and in some cases, for the promotion of violence around the world. They make hundreds of billions of dollars a year in revenue. They could police it, they could ban people, they could create algorithms to better monitor hate speech.

What role does the Australian media play in responding to misinformation—or making it worse?

Misinformation is such a complicated issue for the industry to deal with. I think it stems from the media, across the board, not doing enough to demonstrate its value to the public. What news organisations and journalists should be doing is doubling down on convincing the public why it is important for people to consume news, [and] why it’s important for them to value the work that journalists do.

Sometimes the public has a good reason to not trust journalists. There are entire communities in this country, like the Muslim community, who only appear in the media to be vilified, portrayed as criminals, or both. How can you then say to those people that journalism is really important?

Besides your own experience, are there any examples you’d want to share from reporting in Australia about how misinformation harms people and impacts lives?

We assume that news that’s pushed out through solid news organisations is real and that information that comes from fake news websites is misinformation. But I think the lines are blurrier than that.

There’s been a few high-profile examples that demonstrate that, like the case of the Muslim Sri Lankan student who was arrested and accused of terrorism offenses, and the Daily Telegraph, the most circulated newspaper in the country, published his photo on the front page and called him a terrorist. That was false; he was released without charge.

To me, that’s misinformation that is more dangerous than the worst fake news blog or YouTube or a purveyor of false information could convey, because it came from what should be a reputable news source and it was disseminated to millions of people. It’s hard for us as an industry to say, ‘Trust us, don’t trust them’ if we make mistakes like that on such a big scale.

One thing that we’ve been more lucky about in Australia, particularly compared to the US, is that we haven’t seen a proliferation of news websites that exist solely to mimic real news organisations and to publish fake news essentially, or misinformation.

But social media has filled that gap for us. To regular people, it looks like the same thing. Not only are social media companies equivalent to publishing companies, they are also now the equivalent of printing presses and newsagents. They are more powerful than any media organisation. So they can’t just see fake news and misinformation disseminate and say, ‘That’s not our job.’ If they see misinformation, they should take it down.

What advice would you give to other Australian journalists about staying safe and reporting responsibly online?

Every journalist in Australia really needs to be aware of what the risks are. If you report on the rise of white supremacy in the far right, you can do it with the highest editorial rigor, but you will still be seen by the people you’re reporting on as an enemy, which means that they will come for you.

Most journalists, ironically, who are very, very good at using OSINT [open source intelligence] tools to find out information about the people they’re reporting on, don’t understand that those same tools can be used on them.

We should be encouraging people to report on those who publish misinformation or who engage in white supremacy, but we need to be safe when we do it because the consequences, as I’ve experienced, can be extremely dire.

This interview has been edited and condensed for clarity. UPDATE: This article has been updated to include Osman Faruqi’s current place of work.