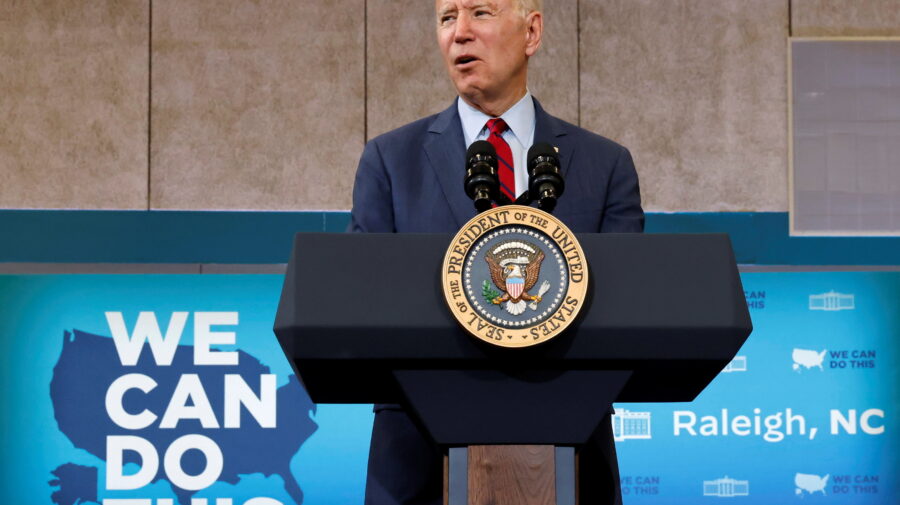 Earlier this week, the Biden administration said that the US would fall short of meeting President Joe Biden’s goal of vaccinating 70 per cent of American adults by July 4. White House Coronavirus Response Coordinator Jeff Zients partially attributed the miss to younger adults who, he said, “have felt like Covid-19 is not something that impacts them.”

Zients’s comments came amid growing concerns over rare cases of heart inflammation in younger Americans who have received mRNA-based vaccines. On Wednesday, a Food and Drug Administration (FDA) official said that the agency would add a warning label to Pfizer and Moderna’s Covid-19 fact sheets, adding that most of the cases of myocarditis and pericarditis seem to resolve themselves — even if the long-term consequences of the diseases remain unclear.

Research suggests that lagging vaccine uptake is linked to mis- and disinformation. In Oregon, where 68.7 per cent of adults have received at least one dose, just shy of the 70 per cent goal, vaccinations are slowing considerably. One county health official said that misinformation is contributing to reduced vaccine uptake, and pointed to a meme spreading within the local Slavic community that falsely suggests vaccines contain “nanobots.” The health official underscored the need to respectfully communicate with people who are vaccine hesitant.

In Florida, where some 56 per cent of people aged 12 and over have received at least one dose, a new study added to the evidence of a link between misinformation and low vaccine uptake. A state-wide survey by researchers at the University of South Florida found that misinformation, particularly about how mRNA vaccines were developed, was a key decision-making factor for respondents who said they were either undecided, definitely or likely to not get vaccinated.

But the problem of vaccine misinformation is hardly confined to the US. Despite the deadly second wave in India, health workers there told the Associated Press that they frequently encounter false claims about vaccines. A key difference between the two countries is that India is facing ongoing vaccine shortages; the US is awash in supplies. Polling suggests that vaccine hesitancy in the US is linked to factors such as right-wing news consumption and belief in QAnon.

There is also a grim irony about vaccine hesitancy in the US. For health systems researcher Junaid Nabi, given the global inequities caused by rich countries hoarding vaccine supplies, the persistence of vaccine hesitancy is a sign of “extreme privilege.” — Chris Looft