Vaccine mandates got a huge US push. What’s next for misinformation? 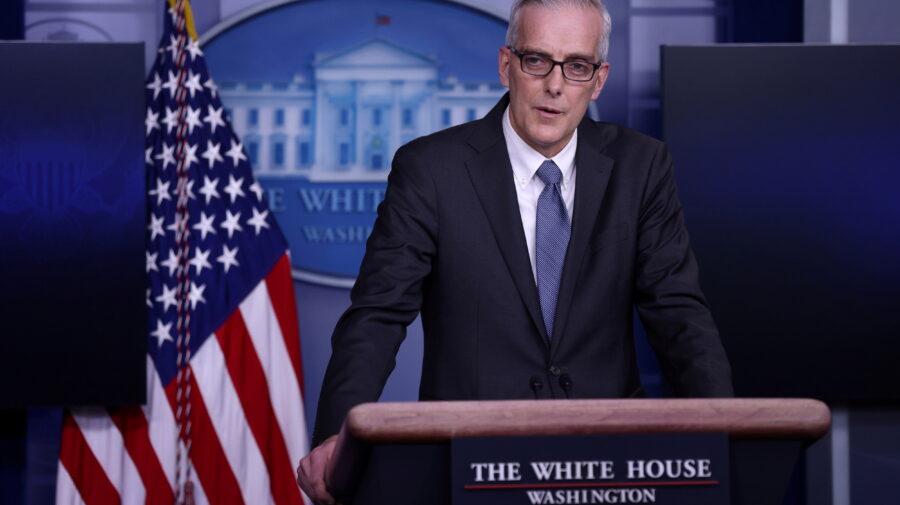 Denis McDonough, the Secretary of Veterans Affairs, at a press conference in March. (REUTERS/Tom Brenner)

Yesterday, the US Department of Veterans Affairs became the first federal agency to announce that its frontline medical workers will be required to get vaccinated against Covid-19, while New York City and California also announced plans for vaccine mandates. California’s requirement, like the VA’s, applies to health workers; New York’s will apply to around 350,000 city workers, including police officers and teachers. Those who decline to get vaccinated in New York City or California will have the option of weekly Covid-19 testing.

The announcements add to the growing momentum in several parts of the world for enacting vaccine mandates. Many US health experts have recommended mandates, with some warning that they may be necessary to reach a sufficient vaccination rate that will keep the spread of Covid-19 at bay. Although President Joe Biden has so far declined to publicly throw his weight behind vaccine mandates, the VA is a major federal employer and the largest healthcare system in the US, as New York Times reporter Jennifer Steinhauer noted.

But the moves look set to raise the volume when it comes to Covid-19 misinformation. Prominent American sources of Covid-19 misinformation — many of whom have already spoken out against vaccine mandates or the related “vaccine passports” — have long crafted narratives that draw on generalized concerns about personal freedom. In many cases, these individuals and groups have also spread conspiracy theories about nefarious plots to control populations.

A backlash against vaccine mandates in the US could take many forms; for example, the New York Police Department, the country’s largest police force, recently revealed that 43 per cent of officers have been vaccinated, a figure significantly below the citywide rate of around 65 per cent. An NYPD spokesperson told the Associated Press that the department is working to confront anti-vaccine misinformation within its ranks.

There has been backlash in other places that have enacted vaccine mandates or “vaccine passports.” On Saturday, thousands of people took to the streets in Europe and Australia against Covid-19 restrictions. “The protests in Europe and Australia are going to look like pajama parties compared to the protests in the US if they try vaxxports or mandates here,” US Representative Thomas Massie, a Kentucky Republican who has shared misleading claims about the CDC, warned a day later. — First Draft staff