Vaccine skeptics seize on preprint study regarding myocarditis risk for teenage boys
First Draft uses cookies to distinguish you from other users of our website. They allow us to recognise users over multiple visits, and to collect basic data about your use of the website. Cookies help us provide you with a good experience when you browse our website and also allows us to improve our site. Check our cookie policy to read more. Cookie Policy. 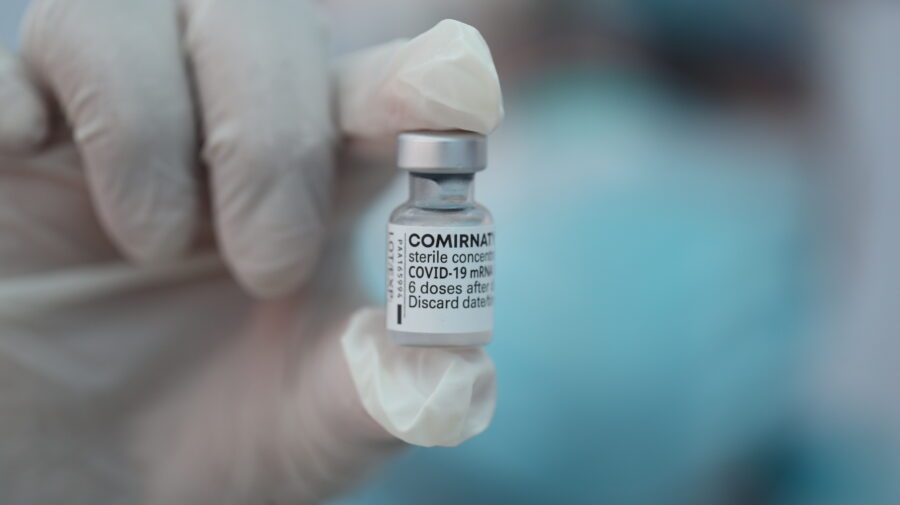 The study has been criticized for being based on unverified reports from the VAERS system. (Reuters)

A preprint study published last week — which has not yet been peer reviewed — has caught the attention of vaccine skeptics over its findings that boys ages 12-15 without comorbidities were up to 6.1 times more likely to experience an adverse cardiac event after the second dose of an mRNA Covid-19 vaccine than they were of being hospitalized with Covid-19.

The study has been criticized for its methodology, with the findings based on unverified reports filed voluntarily to the US Vaccine Adverse Events Reporting System (VAERS), among other issues.

The reaction to the September 8 preprint continued this week as Australia began vaccinating children ages 12-15 and the UK’s chief medical officers recommended a single Pfizer dose for children of that age.

Australia’s medicines regulator, the Therapeutic Goods Administration, has explained that “myocarditis and pericarditis are much more common with COVID-19 infection and damage to the heart is frequently severe after infection,” and as explained by the Centers for Disease Control and Prevention, reports of myocarditis or pericarditis in adolescents after mRNA Covid-19 vaccines are rare, and the benefits of vaccination outweigh the risks.

For example, as recently highlighted by the Therapeutic Goods Administration: “In data from the US, where many more Comirnaty (Pfizer) vaccine doses have been given to individuals aged 12-17 years, the rates of myocarditis/pericarditis reported in males were 10 cases per million first doses and 67 cases per million second doses.”

However, skeptics have since used the preprint study to promote misleading narratives about the safety of the vaccine.

In a September 11 article, The Guardian said the preprint study had “been considered by the [UK] government’s independent advisory body, the Covid-19 Vaccines Benefit Risk Expert Working Group”, which found limitations in the interpretation of the findings related to the comparison of hospitalization rates. A spokesperson for the MHRA added that cases of these very rare conditions “tended to be mild and the vast majority recovered with simple treatment and rest.”