Commentary without context: Pictures only tell part of the refugee story

Eyewitness reports may provide content but news organisations must be smart 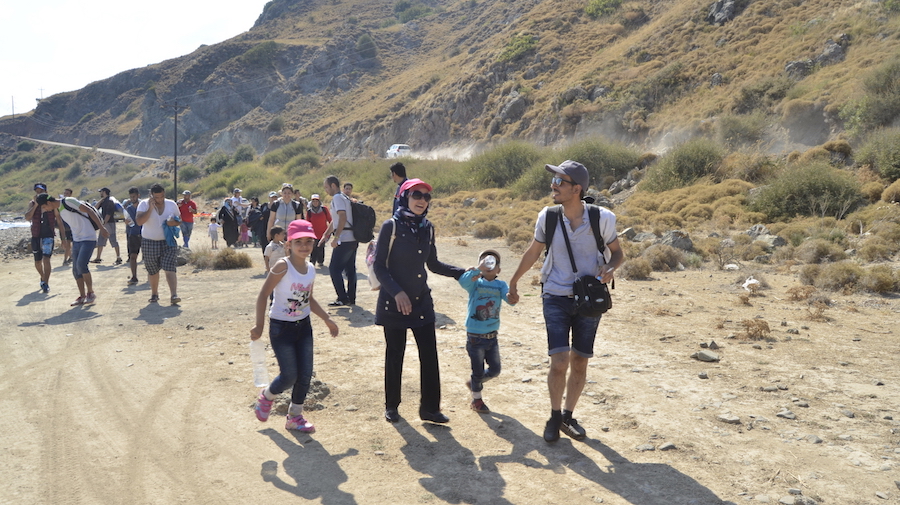 Do we need photos to care about drowned and distressed children? The picture of a drowned Kurdish-Syrian boy alone on a beach on September 2nd generated an unprecedented reaction around the world and become a defining image for the refugee crisis as thousands flee Syria.

Hundreds of nameless children died making the crossing to Europe in 2015, and a further 17 in two boat wrecks were lost in the latest major tragedy on January 22nd. The outrage over Alan Kurdi’s death was not repeated. The stories of other children’s deaths received scant coverage.

Eyewitness reports and images from the scene tell part of the story, but they will only ever be a snapshot into a much broader tale. How those snapshots are presented and contextualised has an impact on both individuals on the ground and audiences at home.

We didn’t publish Alan’s image on reported.ly. Our daily coverage of the refugee crisis since April recounted many distressing reports, but we strove to respectfully and accurately amplify the stories of the refugees willing to share them, and those of people helping them and recording their passage.

Word choice matters. Since the beginning of the summer crisis, the UNHCR has repeatedly and consistently reported that the vast majority of arrivals in Greece are from refugee-producing countries, fleeing war and persecution. A war of words persisted throughout the crisis over the use of the terms ‘migrant’ and ‘refugee’, however. Many outlets used the terms interchangeably, others used either exclusively. Al Jazeera, in particular, took a firm ethical stance on the subject, calling ‘migrants’ a dehumanizing, inaccurate umbrella term.

Yet discriminatory language continues to be part of the coverage. Three years after the AP Stylebook discontinued the use of the phrase ‘illegal immigrant’, the term continues to be in use, even by major US outlets. We debated publicly on the use of descriptive terms early on in our coverage, attempting to apply them as correctly as possible, while mindful of the fact that, at best, they all obscure stories and nuances.

Al Jazeera has decided the phrase Mediterranean “migrants” dehumanises. We won’t use it again. http://t.co/rKWB9AJb6p pic.twitter.com/S88ux0It2M

The Mediterranean refugee crisis got a sensationalist turn in May when the Daily Mail reported on the island of Kos, overwhelmed at the time by arrivals, as a ‘hellhole’ for tourists. The ensuing backlash forced the paper to correct the article, and its author to defend her original intention.

The emerging picture is, of course, more nuanced. The refugee crisis did impact tourism in the affected islands, but the tourists’ contribution was essential to solidarity activism, and local economies benefited directly or indirectly from the influx of refugees, activists and journalists. The number of migrants or refugees to Greece hit 500,000 in October, but visitor arrivals in Greece exceeded 20 million the month before, up from nearly 18 million in 2013 and 15.5 million in 2012, despite – or partly, because – of the two major crises that centred on the country in 2015.

What happens when you sit Syrian refugees and Dutch/German/UK tourists next to one another on a bench in #Lesvos? https://t.co/vu84IF7j3r

Hundreds of independent volunteers from across the world and Greek islanders responded to the refugee crisis beginning in early summer, along with scores of small charities after September.

The sheer number of people reporting from the scene contributed to official statements from large intergovernmental organisations and international NGOs, sometimes accused of doing publicity tours on the refugee trail with little impactful work carried out.

In #Moria #lesvos, a camp for the “rest” of the immigrants. The poor. Horrible conditions, no food. State absent! pic.twitter.com/e57oLY1d4v

Through the course of our coverage, we relied greatly on data provided by the UNHCR, MSF, IOM and other organizations, as well as by the EU and the Greek state. We also closely followed the work of activists and volunteers, reporting frequently on the lack of infrastructure, and the EU policies and practices denying refugees safe passage or humane living conditions.

They keep saying, ‘This is not who we are. We have identities, we have a future, we have memories, dreams, potential.’ – Irish solidarity activist Caoimhe Butterly in Lesvos, August 2015

Images from eyewitnesses on the ground drive the drama and desperation of the situation home, but the true value of journalism comes not just in the content, but the context. Coverage of the refugee crisis has largely focused on the tragic exodus of large bodies of people, fleeing horror and persecution for a better future in Europe, only to encounter increasing hardships along the way, as European states are closing ranks against them.

Although these are the baseline characteristics of the crisis, the status and label of ‘refugee’ is often portrayed as an identity, rather than an experience. This obscures not only the individuality of the people involved but the variety of emotions they experience and share with volunteers and reporters; the solidarity and sense of community offered by people along the way; and, ultimately, the agency affirmed in their brave journeys.

The mixture of feelings at each landing was indescribably powerful. When will these people feel joy again? #Lesvos pic.twitter.com/AccwXL9kxS

The impact of the refugee crisis largely exploded into the mainstream thanks to a torrent of eyewitness media, which enabled professional newsgathering and informed decision-making in newsrooms.

People arguably need to see in order to acknowledge a reality they can’t directly experience but pictures only tell part of the refugee story, and context is the lifeblood of storytelling.