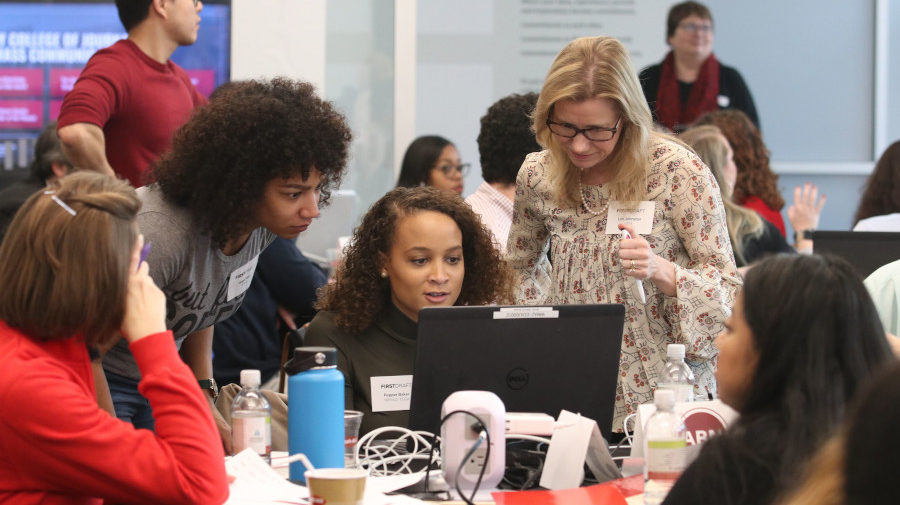 First Draft has trained journalists, student journalists and fellows at its 12 daylong trainings during our US tour in the first three months of 2020. This photo is from the training at the Grady College of Journalism and Mass Communication at the University of Georgia in March. 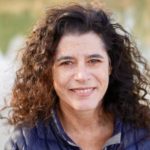 Fellows will work from Colorado, Florida, Michigan, Ohio and Wisconsin to monitor disinformation and the best strategies to counter it for local newsrooms.

First Draft is pleased to announce the US 2020 Local News Fellows who will work across the US to monitor mis- and disinformation online and provide training on best strategies to counter it.

The fellows will work with project manager Nancy Watzman and have received training and developed plans tailored to their five states: Colorado, Florida, Michigan, Ohio and Wisconsin. They are currently getting up to speed in monitoring misinformation online before training journalists and the public, following best practices in reporting stories and providing context about disinformation campaigns.

Whether the topic is coronavirus, election disruption or immigration, the fellows will provide local expertise on how information disorder is taking shape where they live. Embedded in their communities, each is working with a local media organization or collaboration.

Detroit-based freelance reporter Serena Maria Daniels is working with sponsor organization Bridge Magazine. She said the fellowship gives her the opportunity to help legacy media outlets who don’t have the bandwidth to track online misinformation.

“When we are looking at what people are expressing online, whether or not it’s true, it’s rooted in something that they feel is true,” says Daniels. “[If] it’s a fear that they’re expressing, if you can get to the root of where a person is coming from, it no longer becomes a story of they’re wrong, they’re bad, shame on them, and it becomes, ‘This is what they’re concerned about, so what information can we get out there that’s accurate.’”

“I want to be part of the fellowship because I have seen how memes and visuals can be used to impact public opinion and create divisiveness,” says Shana Black, founder of Black Girl Media. “I’m most concerned with specific demographic targeting to dissuade people from participating in the census and voting.” Black represents Ohio with her sponsor Eye on Ohio, which pursues high-impact journalism shared with news organizations throughout the state.

Howard Hardee is the fellow in Wisconsin, where his sponsor is Wisconsin Watch, which serves and trains journalism organizations state-wide.  ”We’re already seeing a lot of mis- and disinformation circulating around the nomination process for the democratic candidate, and information disorder related to the DNC will almost certainly ramp up as we get closer to July” says Hardee.

“I’m excited for conversation and collaboration with journalists and the public about attempts to mislead voters. It’s essential work, because there’s already plenty of misleading information surrounding the 2020 election in Colorado,” says data journalist Sandra Fish, the Colorado fellow. Fish is working with Colorado Media Project, a nonprofit working to support the local-news ecosystem to get high quality information out to Coloradans.

“Florida will continue to play a unique role in the elections this year as it has on so many other occasions. With a divided electorate, massive media market and large and diverse population, there is no doubt mis- and disinformation will be an ongoing issue,” says Scott.

First Draft received applications from many qualified applicants and plans to continue to work with all interested and engaged journalists. Funding is provided by Democracy Fund.

Here’s more about the fellows: 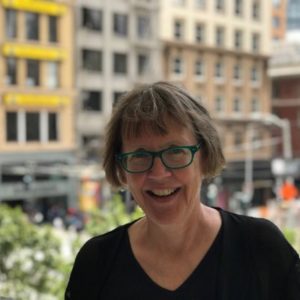 Sandra Fish is a Colorado data journalist specializing in politics. She’s worked at newspapers in Iowa, Florida and Colorado, and taught journalism at University of Colorado Boulder. As an independent data journalist, she’s worked for the Colorado Sun, New Mexico In Depth, KUNC, CPR, Al Jazeera America, Roll Call and others.

In Colorado and New Mexico, Fish created a Follow the Message web app to allow voters to identify who is paying for campaign messages, where their money came from and whether the content is accurate. She also tracks TV ad spending in the state, one of the better ways to track “dark money” spent by nonprofit groups hoping to influence elections and lawmaking. 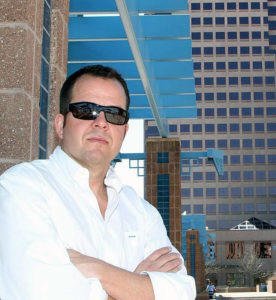 Damon Scott is a multimedia journalist for the Seminole Tribune in Hollywood, Florida, where he writes about the Seminole Tribe of Florida and Indian Country. He was previously an editor and reporter for digital, radio and print media in his home state New Mexico.

Damon has written about a wide-range of topics, including social issues, politics, health, the Census and government, the environment and business and economics. He worked for the former New Mexico Media Literacy Project in Albuquerque, the largest grassroots media literacy organization in the US at the time. While there, he traveled the country conducting media literacy trainings for students, teachers and activists on how to analyze and deconstruct mass media messages. 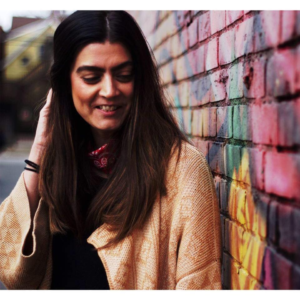 Serena Maria Daniels is a freelance journalist and writes about issues related to culture, identity, race, and immigration through the lens of food. She is the founder and editor of Tostada Magazine, an independent food & culture journalism platform in Detroit.

As a freelancer, she’s covered the Flint water crisis, housing and development inequality, Detroit’s bankruptcy, criminal justice, and local politics for Reuters, HuffPost, Next City, and others. In 2014, Serena reported on the legacy of NAFTA in Mexico’s automotive industry through a Ford fellowship with the International Center for Journalists. She is a former staff writer at The Detroit News, Chicago Tribune, and The Orange County Register. 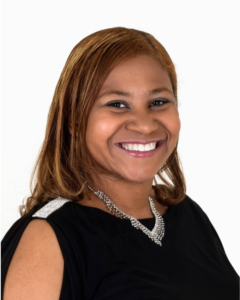 Shana Black is the Founder and Chief Content Producer for Black Girl Media, a multi-media story-telling platform for under-represented voices. At Black Girl Media, Shana produces podcasts, writes stories, and hosts community events and outreach activities. In 2019, Black’s work earned her recognition as one of Cleveland’s Most Interesting People for her work to re-engaging and re-energize African Americans in Cleveland.

By taking part in the First Draft fellowship, Black hopes to be able to identify and combat the targeted attacks to disenfranchise voters that impacted Ohio in 2016. 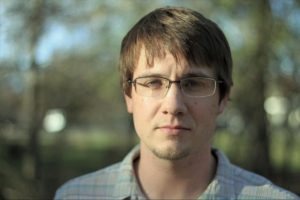 Howard Hardee is a reporter based in Madison, Wisconsin, He has written extensively about local government and climate change in Northern California, and was a 2017 Environmental Reportage fellow at the Centre for Arts and Creativity in Banff, Alberta. He currently works as a freelance writer and a reporter on the city desk of the Wisconsin State Journal.

Hardee sees a lot of opportunity for Wisconsin news organizations to collaborate and share resources in getting higher quality information out to the public. 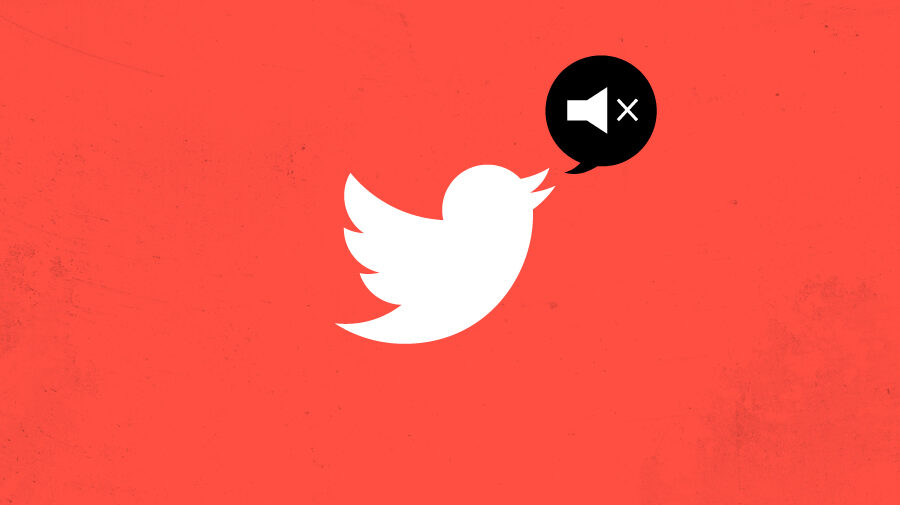