‘A time of great shift’: Journalists reflect on covering mass shootings and extremism

The murder of more than 20 people in El Paso, Texas, became the third shooting in 2019 linked to an online 'manifesto'. What challenges does this disturbing phenomenon bring to the newsroom? 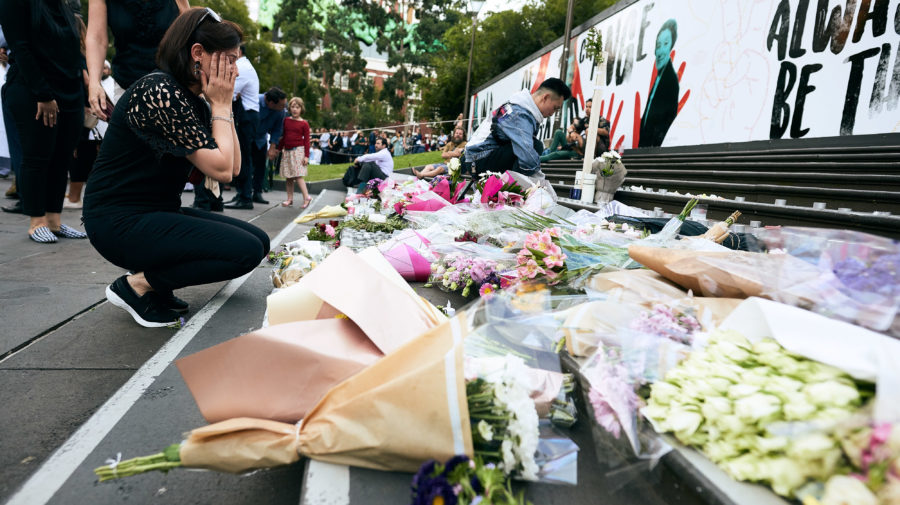 Mourners lay flowers at a vigil for the victims of the March 2019 Christchurch shootings, when a gunman posted his motivations online before killing more than 50 people. Julian Meehan/Flickr. Some rights reserved. 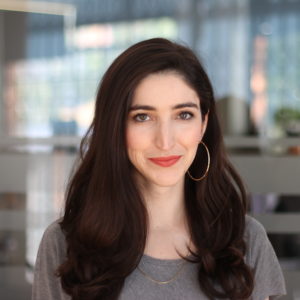 NEW YORK – When a gunman opened fire at a busy Walmart in El Paso, Texas, on Saturday August 3, it became one of at least three other shootings so far in 2019 to be announced in advance on the messageboard 8chan.

Like March’s attack on a mosque in Christchurch, New Zealand, and the murder at a synagogue in California a month later, long-winded rationalisation for the murders appeared online before the shooting began.

Now that the connection between mass shootings and 8chan has become a pattern, and with these documents so easy to access on the open web, people are questioning how much breath journalists should devote in their coverage to explaining hateful ideologies and the platforms where they fester.

Should articles quote from violent, extremist manifestos? Does that give the ideologies a bigger audience? Or is it valuable in informing the public? How do journalists know if the manifestos are authentic? Does calling the documents ‘manifestos’ give them undue credibility? And how do they begin to answer these questions when in the heat of a traumatic breaking news environment?

First Draft talked to three reporters from different newsrooms who reported on the weekend’s shootings in El Paso and Dayton, Ohio, to hear their biggest challenges in reporting on mass shootings in an age of disinformation and online radicalisation.

Lauren Villagran is a reporter at the El Paso Times who had to make some of these decisions live from the border city after the attack. She said colleagues disagreed about how much their reporting should quote from or reference the suspect’s manifesto.

“My perspective was that I wanted to quote sparingly from it, because I didn’t want to give him a platform,” said Villagran.

One editor who identifies as Hispanic, on the other hand, said he felt like people in his community would want to know exactly what the shooter – who targeted Latinos in his attack – had written.

Villagran, who did end up quoting the shooter lightly, says they had to consider that, on the one hand, the manifesto had already circulated online, and on the other they were reporting for people who had experienced significant trauma.

“This is also a community that is hurting really deeply and we certainly don’t want to further traumatise people by indiscriminately airing this guy’s views. So I don’t have a good answer for you other than to say that it remains a point of discussion.”

Other journalists grappled with the same debate. Jane Lytvynenko, who reports on tech platforms and disinformation at BuzzFeed, said one of the biggest challenges for reporters covering these mass shootings connected to 8chan is figuring out what information has already been reported widely.

“We hold off on reporting on a lot of what we see because we don’t necessarily want it to enter the mainstream through us,” she said. “I think that’s a very difficult ethical challenge that doesn’t have a clear answer to it.”

One reporter who covered the shootings in Parkland, Pittsburg, Christchurch and Dayton for an international news organisation said his colleagues also struggled with how much to reference the El Paso shooter’s manifesto in their coverage.

“I don’t remember the specifics of the conversations but I do remember us all tearing our hair out and trying to make sure we didn’t glorify it or give it too much credence,” he said. 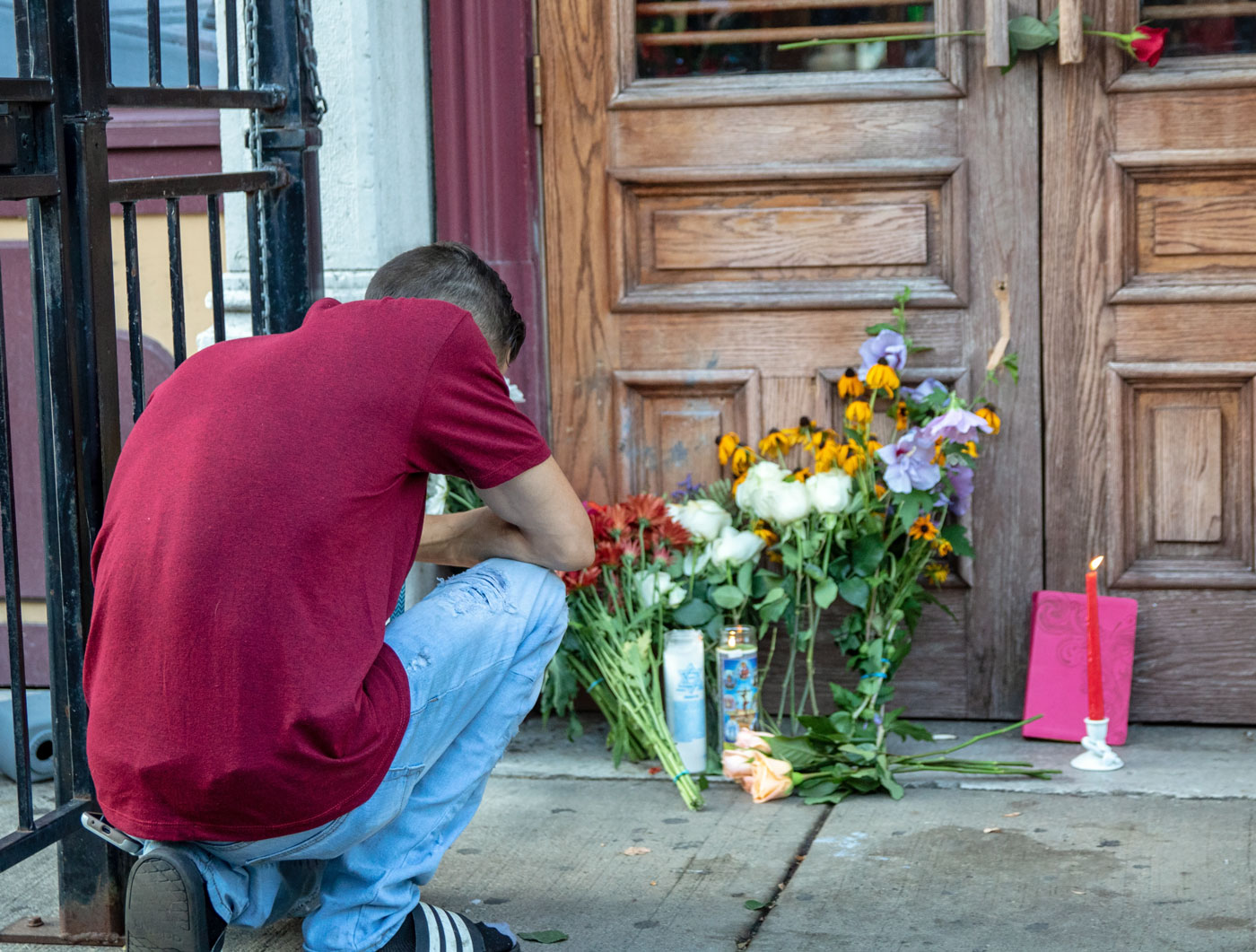 A mourner lays flowers for victims of the Dayton, Ohio, shooting at a vigil on Monday August 5. Becker1999/Flickr. Some rights reserved.

But both that reporter, who asked to remain anonymous, and Lytvynenko agreed that withholding information wasn’t necessarily the right course.

“It’s our job to report on what is happening and try to keep the public informed,”Lytvynenko said. “These are things that don’t really have easy clear answers.”

The anonymous reporter also noted that in the event of a terror attack connected to Islam, journalists face a different set of questions.

“People have this sense and this bias or prejudice against ‘the other,’” he said. “It fits into a very simple box if you say ‘Islamic terrorism’ and people don’t really ask further questions if it’s confirming their bias. Whereas, in these cases of a straight white man going off and killing vast numbers of people for his own twisted ideology, people are very interested and desperately want to know why.”

So are the concerns and conversations about online radicalisation overblown? Villagran didn’t think so.

“I don’t even feel like we can call these mass shootings trends,” she said. “They’re not a trend. They’re just a part of the fabric of American life. If we want to unwind, [to] unweave that fabric and create something different, I feel like everything should be on the table from a journalism perspective.”

The problem with ethical questions like these is that they are difficult to tease out when journalists find themselves in a breaking news situation.

Villagran said that, even now, the El Paso Times is spending most of its resources reporting breaking news in the aftermath of the shooting. If there is anyone who has the time to do analytical reporting and think about questions of framing, it is a regional, beat reporter like her.

The time constraints also make it difficult for reporters to do basic verification work online, like making sure the so-called manifestos are authentic and that the user who posted them is the real shooter.

“It’s really important for newsrooms to invest those resources before something tragic happens so that, when it does happen, reporters are ready across all beats,” said Lytvynenko, “and it’s not just one person who’s very good at the Internet who’s trying to frame the Internet coverage for the newsroom.”

“I think that there are some very good industry best practices, both in terms of how to report on white nationalists, white nationalism and extremism, and also some verification resources that almost every reporter could use,” Lytvynenko said.

Police have not reported any political motivations for the shooting in Dayton in the early hours of Sunday morning, but social media has been rife with disinformation about the suspect.

My story following a weekend of debunking: Trolls and far-right figures kept spreading the same old hoaxes during the El Paso and Dayton shootings https://t.co/ligyElHyGx

For verifying visual media online, Lytvynenko recommended the InVID browser plugin for video verification and the RevEye browser extension for reverse image search, to see if images have appeared online before.

When it comes to reporting on extremism, she recommended The Oxygen of Amplification, a 2018 report on “how news media was hijacked from 2016 to 2018 to amplify the messages of hate groups,” according to the author Whitney Phillips.

“That research includes tips for reporters that I think are very, very helpful,” said Lytvynenko,

One of those resources is trauma-informed education. Reporting in a border city, Villagran said, has been like reporting in a conflict zone: Talking with people who have been through horrific detention conditions and traumatic experiences on the journey north.

The anonymous reporter said his superiors were very supportive in encouraging journalists not to watch traumatic footage if they don’t have to, but that can create problems in terms of making the coverage as well-informed as possible.

“You need to have reporters who are seeing the full story and they need to watch this stuff and be aware of what terrible things have happened so they can report it,” he said.

And Lytvynenko said journalists also have a tendency to underestimate the personal toll it takes to look at extremist communities online that are connected to these shootings and garner what is real and what isn’t.

“We know that it takes a toll on your mental health, and I think that can’t go unmentioned at this point, especially after the week that we’ve had.” she said.

One thing is for certain: Newsrooms are changing the way they report on mass shootings. It used to be that once the shooter was identified media outlets would immediately put someone on to write a profile piece on the suspect, said the anonymous reporter. But now his editors are telling reporters to focus on the victims, who they are, and the reaction to the shooting.

In the case of Christchurch, the anonymous reporter said his outlet tried hard to minimise any exposure of the shooter, including by limiting how often articles used his name. That was in stark contrast to suspect in the Parkland shooting, who was covered widely.

“We’re in a real time of change in terms of the popular perception of these attacks in terms of the way we report it. In terms of awareness of this form of terrorism. And that’s complicating things. It’s a time of great shift. In the past couple of years in particular.” 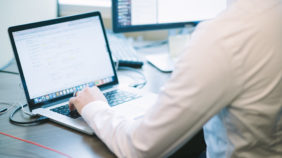 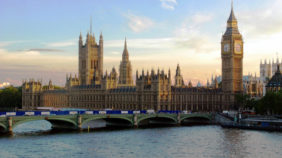 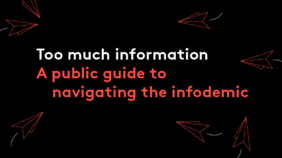