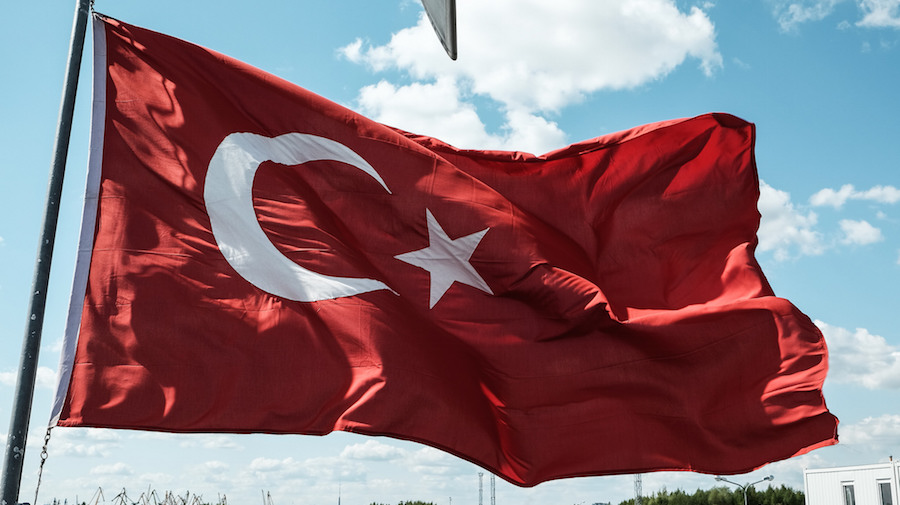 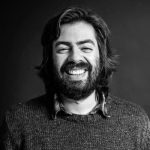 The suicide bombing in a busy shopping district in downtown Istanbul on Saturday, March 19, was the second such attack in Turkey in the space of a week, and the fourth major terror attack in 2016. Rumours are a natural part of the grieving process, a way for people to make sense of the world around them, especially in times of risk or danger. But they can also be dangerously misleading, and are often used in unstable areas for political reasons, sowing fear and distrust among a population trying to come to terms with trauma.

Journalists and news organisations have a duty to investigate rumours, but also to report the truth. Here we hope to set the record straight on 10 rumours and falsehoods which spread in the wake of the recent attacks in Turkey.

Turkish Interior Minister Efkan Ala identified Mehmet Öztürk as the main suspect in the March 19 bombing in Istanbul, linking him to Daesh. Officials did not release a photo as he previously had no police record. This hasn’t stopped many social media users and news organisations sharing the following photo, however, claiming it is Öztürk:

Mehmet Ozturk is believed to be a Turkish #ISIS member pic.twitter.com/PD8JXbgTSa

The photo appears to come from an ID card identifying a Mohammed Zana, accused of plotting a terrorist attack in Turkey last October. Zana is also pictured on a government website listing wanted terrorists.

There was no bomb in Nişantaşı

A couple of minutes after Saturday’s explosion on Istiklal street, İstanbul, a rumour spread on social media and some news outlets about another blast in the Nişantaşı area of Istanbul. Television and social media users published the photo below for the Nişantaşı allegation. 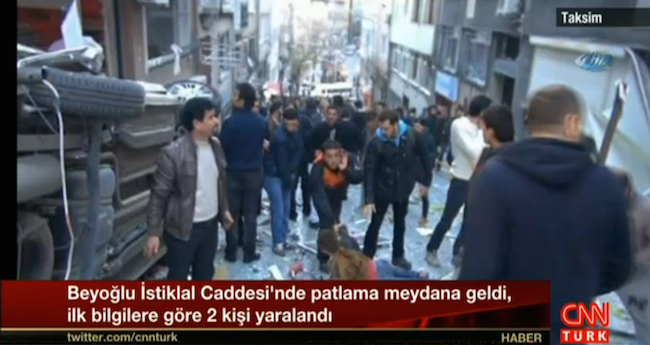 CNN Turk discussed the Nisantasi attack during their coverage of the real bombing in Istiklal street. Screenshot from CNN Turk

Except for a few tweets about this alleged new blast, there were no other clues. But this photo was from footage taken after an explosive gas leak in Istanbul from 2014. You can watch footage of the 2014 incident here, and while it’s not especially graphic some readers might find it distressing.

Daesh have not claimed responsibility for the March 13 attack

Although shared widely, the tweet below from broadcaster Zain Khan is baseless. Kurdish militants TAK have since claimed responsibility for the bombing in Ankara. 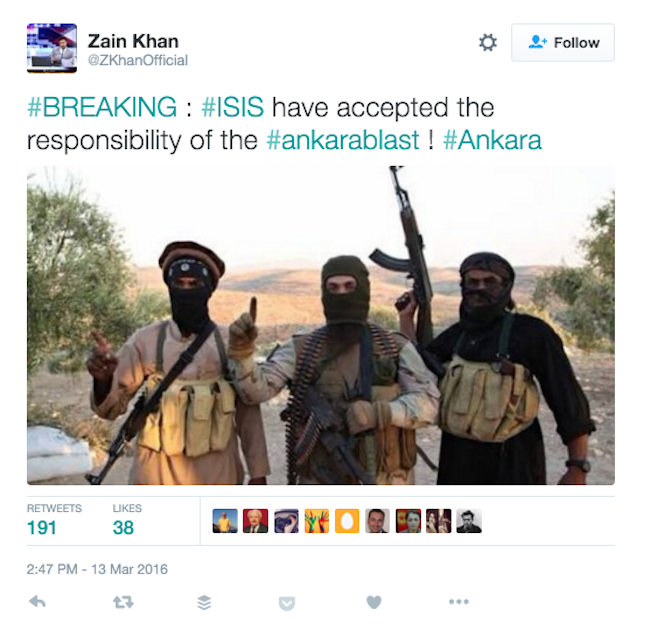 Turkish Minister of Education Nabi Avcı did not resign

The tweets read: “This is enough. I am not going to be a party to this crime. I am not going to turn a blind eye to Dear President’s arbitrary management of the party and the country. Therefore, I am resigning from Justice and Development Party and the Ministry. I am sorry but we will always be on the side of the right. From now on, I am do not have any relation with Justice and Development Party. I will continue my duty as an independent member of parliament.”

The claim that minister Nabi Avcı resigned on Twitter, as pictured above, travelled far and wide on Facebook.

It says: “We will initiate a legal procedure against these accounts, we kindly request not to rely on the statements made from such accounts.”

Hackers did not publish a secret list of planned PKK attacks 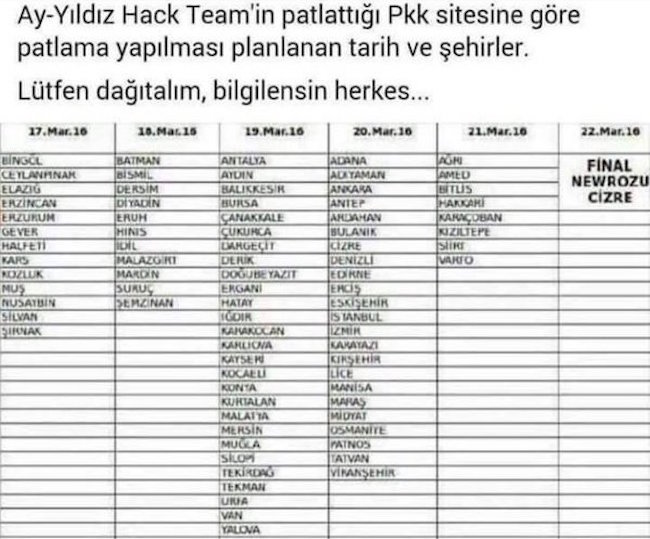 “Dates and cities planned to be bombed according to the PKK websites,” reads the text at the top, “hacked by Ay-yıldız hack team. Please share, inform everyone.” @kaanolmaaaak/ask.fm

Shortly after the explosion in Ankara on March 13, Hayat TV interviewed a distraught citizen who shouted “your power, religion, wealth shall go to hell” in front of Numune Hospital, where many of the wounded were taken.

News portals such as Akit and Haber 7 claimed the citizen in the video is the same individual as one of the book-reading protestors at Gezi Park demonstrations in 2013. This claim was spread widely by Turkish politician Melih Gökçek.

But the book-reading protestor from the picture is in fact Hasan Hüseyin, who was in Malta two hours before Hayat TV published the video at 22:50 on March 13th. 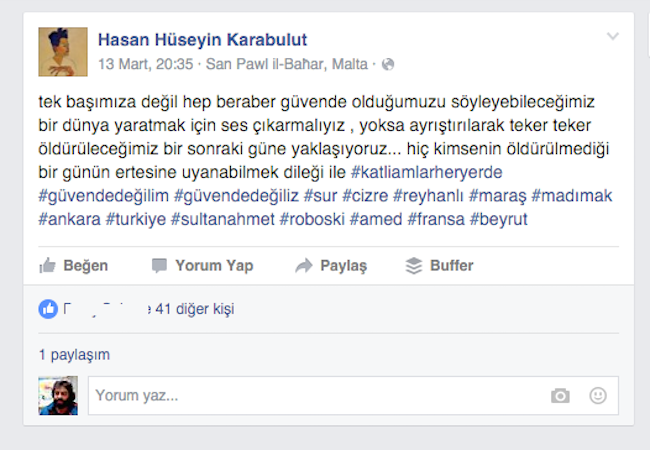 Huseyin writes: “We should our raise voice to create a world where we can say we are safe not by ourselves but together. otherwise, we are approaching to a day where we will be segregated and killed individually. #massacreiseverywhere #iamnotsafe #wearenotsafe #sur #cizre #reyhanlı #maraş #madımak #ankara #türkiye #sultanahmet #roboski #amed #fransa #beyrut”

Huseyin’s social media posts are geo-tagged to Malta and, although this can be falsified, Hüseyin to confirmed his location on Facebook Messenger. He told Turkish news organisation T24 the same, and has since appealed for legal advice on the situation.

A video of protesters shouting ‘Thief murderer Erdogan’ is from October 11, not March 13

According to this Facebook post, video is recorded during a protest for Ankara bombing on March 13. However the video is from the protests after bombings near central train station, and is dated October 11th, 2015:

Despite the fact that there is a person called Muharrem Çermik listed among the dead, he was 80 years old. The photo of the paper collector child was used in March 15th, 2014.

The March 13 bomber is not a Cumhuriyet Newspaper reporter

Tweets about the claim are as follows: 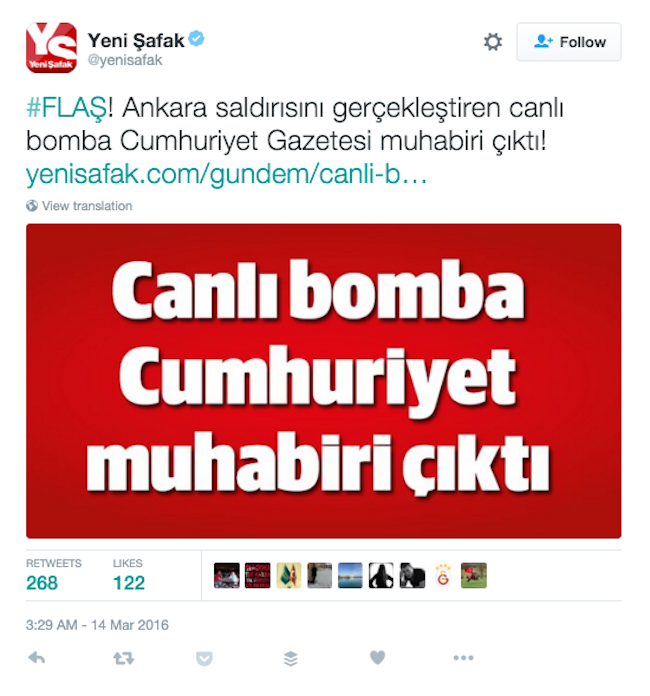 “#BREAKİNGNEWS! It turns out that the Ankara blast bomber is a reporter from Cumhuriyet Newspaper! 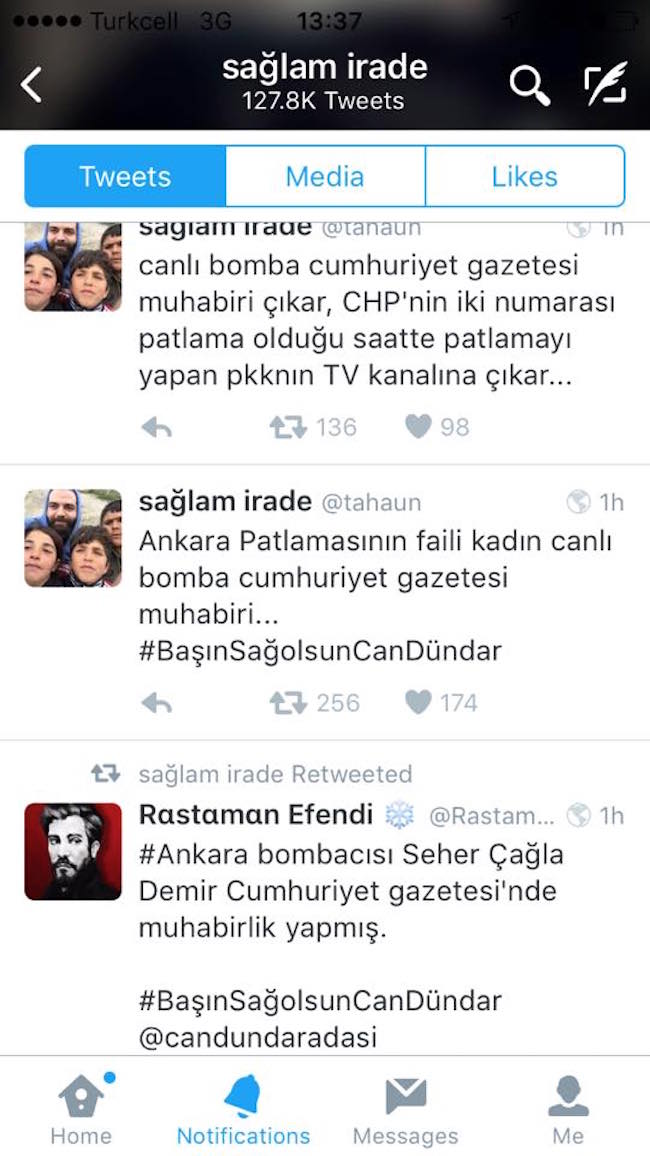 Cumhuriyet Newspaper released a statement refuting the claims, saying “there has never been such a reporter from any region”.

One of the videos from Ankara is from February 17 blast

The video uploaded to YouTube claiming to capture the March 13 explosion has had more than 400,000 views, but it is actually a footage of February 17 blast shot from a different angle.

The footage of February 17 blast:

Update: This article has been updated to show that the recent bombing in Istanbul, on March 19, was the fourth major terror attack in Turkey in 2016, not the third, as this article originally stated; and the caption of CNN Turk, to clarify the discussion of the Nisantasi allegation and alleged photo with on screen graphics of the Istiklal street attack.