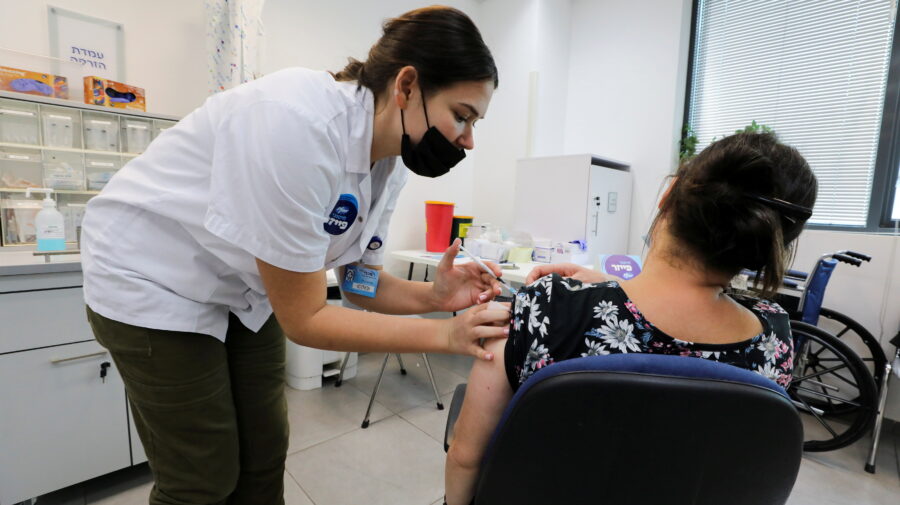 Misleading narratives based on an August 25 preprint study (yet to be peer reviewed) from Israel are circulating online, with vaccine skeptics misconstruing the study’s conclusions about immunity arising from Covid-19 infections to suggest vaccines are unnecessary or even harmful.

The preprint study concluded that people who had been vaccinated with two doses of the Pfizer-BioNTech vaccine but had not previously tested positive for Covid-19 had a 13-fold “increased risk for breakthrough infection with the Delta variant compared to those previously infected.”

Some social media users wrongly suggested being vaccinated against Covid-19 increases one’s risk of contracting the disease. Others misconstrued the results of the study by comparing the outcomes for vaccinated people directly with unvaccinated people, as opposed to those who had already built up immunity through infection.

Posts on Telegram and Twitter included a falsified “transcript” from a Supreme Court of New South Wales hearing into vaccine mandates, falsely quoting an expert witness as answering “yes” to the question: “Is it true that double-vaccinated people are 13 times more likely to catch and spread the virus?”

A belief that the Israeli study suggested people would be better off recovering naturally from Covid-19 than receiving a vaccine was also evident, as was a belief that vaccines were not necessary.

The study concluded that “individuals who were both previously infected with SARS-CoV-2 and given a single dose of the vaccine gained additional protection against the Delta variant.” Experts responding to the study and quoted by Science stressed that infection among unvaccinated people would “put them at significant risk of severe disease and death.”

As reported by First Draft, the highly adaptive nature of anti-vaccination networks has been noticeable through the recycling of old misinformation narratives. In this case, some of the misleading narratives arising from the Israeli study echo false claims from 2020 that having a seasonal flu vaccine would increase a person’s chances of contracting Covid-19. — Lucinda Beaman