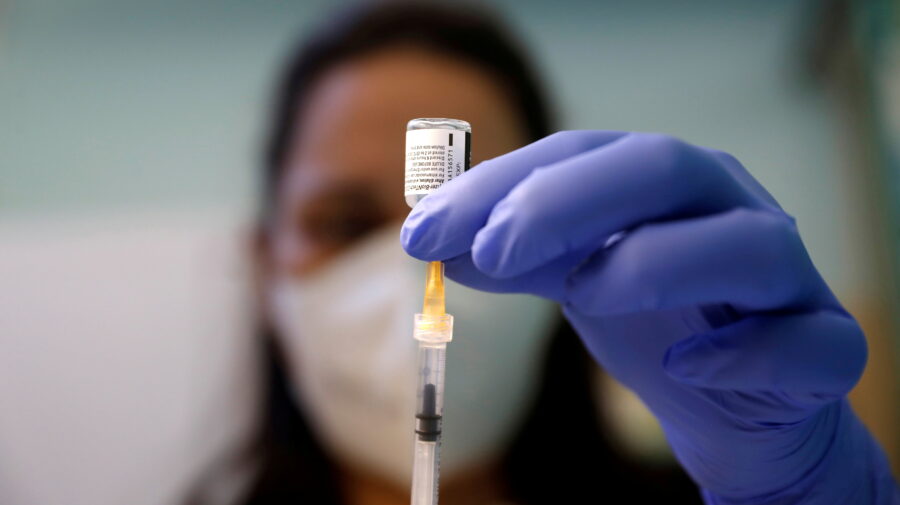 An Illinois-based chiropractor’s claim that Covid-19 vaccines might have damaged a patient’s immune system gained traction online in the past week. The chiropractor posted a video on YouTube on September 28, in which he claims to show test results of a healthy patient before the vaccine, after the first dose and after the second dose. The patient was previously type-2 diabetic but no longer so, according to the chiropractor. The video has since been removed for violating YouTube’s Community Guidelines.

According to the results shown, the patient’s CD8+ T-cell count, part of the innate immune system, increased significantly after the first dose of the Covid-19 vaccine. After the second, the patient’s granulocyte count was too high while his lymphocytes were too low. The chiropractor also implies the vaccine was a “toxin” that led to “the patient’s adaptive immune system completely tanking” and subsequent immune deficiency (note: he incorrectly uses the term “autoimmunity” here). The chiropractor says without evidence that the reason there have been so many breakthrough cases is because patients are becoming immunodeficient after being vaccinated.

However, Professor Graeme Stewart from Australia’s Westmead Institute for Medical Research told First Draft in an October 6 email that these changes are not significant in the broader functioning of the human immune system. “Minor changes to levels of circulating immune cells are of no clinical significance at all. They do not provide any evidence for autoimmunity or immune deficiency.”

Before being taken down by YouTube, the video had nearly 300,000 views. According to limited data on social media analytics site Social Blade, the YouTube channel is rapidly growing.

The chiropractor’s claims and the video gained traction after it was posted onto conspiratorial websites and alternative social media platforms October 4. For example, it was featured in an article by conservative blog The Conservative Treehouse (or The Last Refuge), where it has now received over 600 comments by users sharing concerns about questions raised in the video. It was then shared by the blog’s Twitter account, where it has more than 700 retweets.

The video was spread further from The Last Refuge blog. For example, it was shared on BitChute, where it has gathered over 10,000 views. The video was shared by a Telegram channel with over 123,000 followers; there the post has received nearly 30,000 views. The video was also posted on 4Chan and the QAnon forum GreatAwakening.win multiple times, where some commenters showed belief in Thompson’s claims and others expressed skepticism. The Last Refuge article and the original video have also been circulating on Twitter.

A search of the YouTube video’s title on Google showed results at least doubling over a 24-hour period. Google also alerted users with the message “It looks like these results are changing quickly,” indicating that new web pages containing the video title were being added frequently and reliable information might not yet be readily available.

The chiropractor’s claims have been linked to unverified claims made last month by Idaho-based pathologist Ryan Cole. Cole, who reportedly called the Covid-19 vaccine “fake,” made a similar argument in a video that the Covid-19 vaccines weakened the immune system. He claims that his lab has seen increased rates of herpes and HPV in test results, as well as a “20 times increase” of cancer in vaccinated patients. Fact-checking site Health Feedback has determined these claims are unsupported. — Stevie Zhang