Six Key Points from the EU High Level Group’s New Report on Disinformation
First Draft uses cookies to distinguish you from other users of our website. They allow us to recognise users over multiple visits, and to collect basic data about your use of the website. Cookies help us provide you with a good experience when you browse our website and also allows us to improve our site. Check our cookie policy to read more. Cookie Policy. 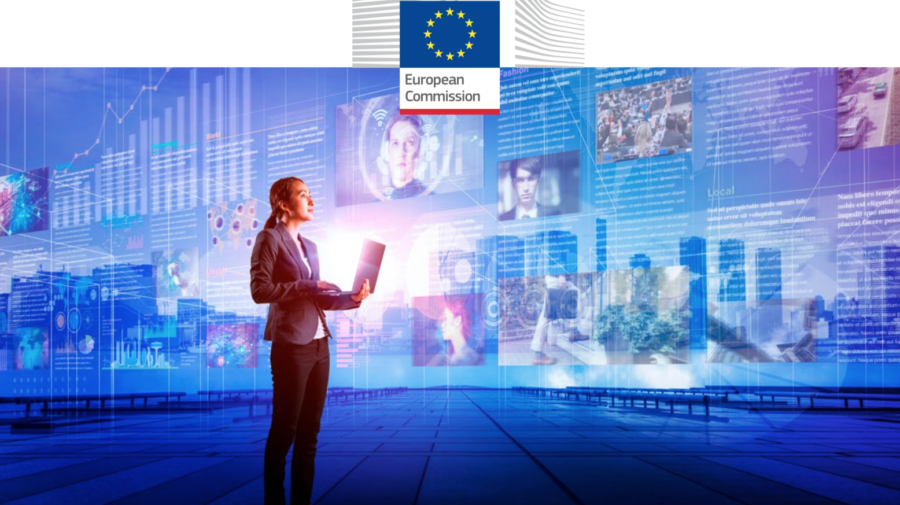 A response to the new report from the EU Commission's High Level Expert Group on Fake News, “A Multi-Dimensional Approach to Disinformation”

Today the EU Commission released the final report from the High Level Expert Group on Fake News, entitled “A Multi-Dimensional Approach to Disinformation”. The report, a document supported by a number of different stakeholders, including the largest technology companies, journalists, fact-checkers, academics and representatives from civil society has a number of important attributes including: important definitional work rejecting the use of the phrase ‘fake news’; an emphasis on freedom of expression as a fundamental right; a clear rejection of any attempt to censor content; a call for efforts to counter interference in elections; a commitment by tech platforms to share data; calls for investment in media and information literacy and comprehensive evaluations of these efforts; as well as cross-border research into the scale and impact of disinformation.

Most importantly, it lays out a process of continued research as threats evolve, and proposes mechanisms for ongoing review and evaluation of the recommendations outlined in the report.

The Group was announced on January 12. Its 39 members represented a wide range of different experts and stakeholders from almost all of the 28 member countries of the EU. The Group was expertly chaired by Madeleine de Cock Buning, who had the unenviable task of finding common ground among a very diverse group of viewpoints.

We are four members of the group, dedicated to fact-checking, verification and studying disinformation, hailing from Denmark, Italy, Spain and the UK.1 We do not think that the report is perfect; collaboratively editing and agreeing on a document like this in such a short span of time was always going to require compromise from everyone involved.

It is however a significant achievement.

The report is inclusive, collaborative and demands that the European Commission take concrete steps in furthering our understanding of the current information landscape, while also underlining the dangers that can arise from knee-jerk regulatory responses. As stated in the report, regulation “if deployed at all, need[s] to be based on very precise definitions addressing the causes of the disinformation problems at hand, ensure due process, as well as accountability and proportionality”.

While disinformation is clearly a problem, its scale and impact, associated agents and infrastructures of amplification have not been adequately investigated or examined. Without that evidence base, concrete interventions — beyond additional research and continued support for educational initiatives, provided they are clearly evaluated — should not be implemented.

Additionally, while most of the focus is rightly on the impact on technology of aiding the cheap and immediate creation and spread of disinformation, the report clearly states that “[d]isinformation is a multifaceted problem, does not have one single root cause, and thus does not have one single solution … the problem also involves some political actors, news media, and civil society actors.”

At a time when many political bodies seem to believe that the solution to online disinformation is one simple ‘fake news’ law away, the report clearly spells out that it is not. It urges the need for caution and is sceptical particularly of any regulation of content.

Ultimately, the report includes a number of aspects that we think will make a significant contribution to the debate, our evidence base and our capacity to intervene, including:

The report is also only the start of a process. The part of the report that we expect will receive the most attention is the proposed Code of Practice, which includes 10 suggested principles aimed specifically at the technology companies. The High Level Group has recommended the creation of a multi-stakeholder Coalition that will ensure the implementation and continuous monitoring and review. The report lays out an ambitious timetable for this evaluation.

This report will undoubtedly be scrutinised, very likely line by line, but given the large and diverse group of participants, the report should be read as a compromise document. However as five people who are steeped in this issue and spend every day thinking deeply about disinformation, we think it provides an important starting point from which all actors involved in this problem can work together. This is in many ways more important for us than whether it is a concise and intellectually precise document.

After eighteen months of back to back conferences and discussions on this subject, it is time that we make a significant investment in independent research, media and information literacy projects and their evaluation. It is time we stopped just talking and started acting. If this report begins that process, we will hopefully look back and see this moment as an important one in the collective response to disinformation.

1 Clara Jiménez Cruz is based in Spain, where she co-directs the online verification and debunking initiative Maldito Bulo in Maldita.es. Alexios Mantzarlis is the Director of the International Fact-Checking Network based at the Poynter Institute in Florida, where he manages the global fact-checking community including the verification of fact-checking organizations. Rasmus Kleis Nielsen is Director of Research at the Reuters Institute for the Study of Journalism at Oxford University where he and his team researchers news, media, and disinformation. Claire Wardle leads First Draft, a project of the Shorenstein Center at Harvard Kennedy School co-ordinating a global verification community, including running collaborative social monitoring and debunking projects.

* Gregoire Lemarchand from AFP was originally a signatory of this post. His name has been removed awaiting sign-off from his organization.