False claims and conspiracy theories about Omicron emerge online alongside the new variant
First Draft uses cookies to distinguish you from other users of our website. They allow us to recognise users over multiple visits, and to collect basic data about your use of the website. Cookies help us provide you with a good experience when you browse our website and also allows us to improve our site. Check our cookie policy to read more. Cookie Policy. 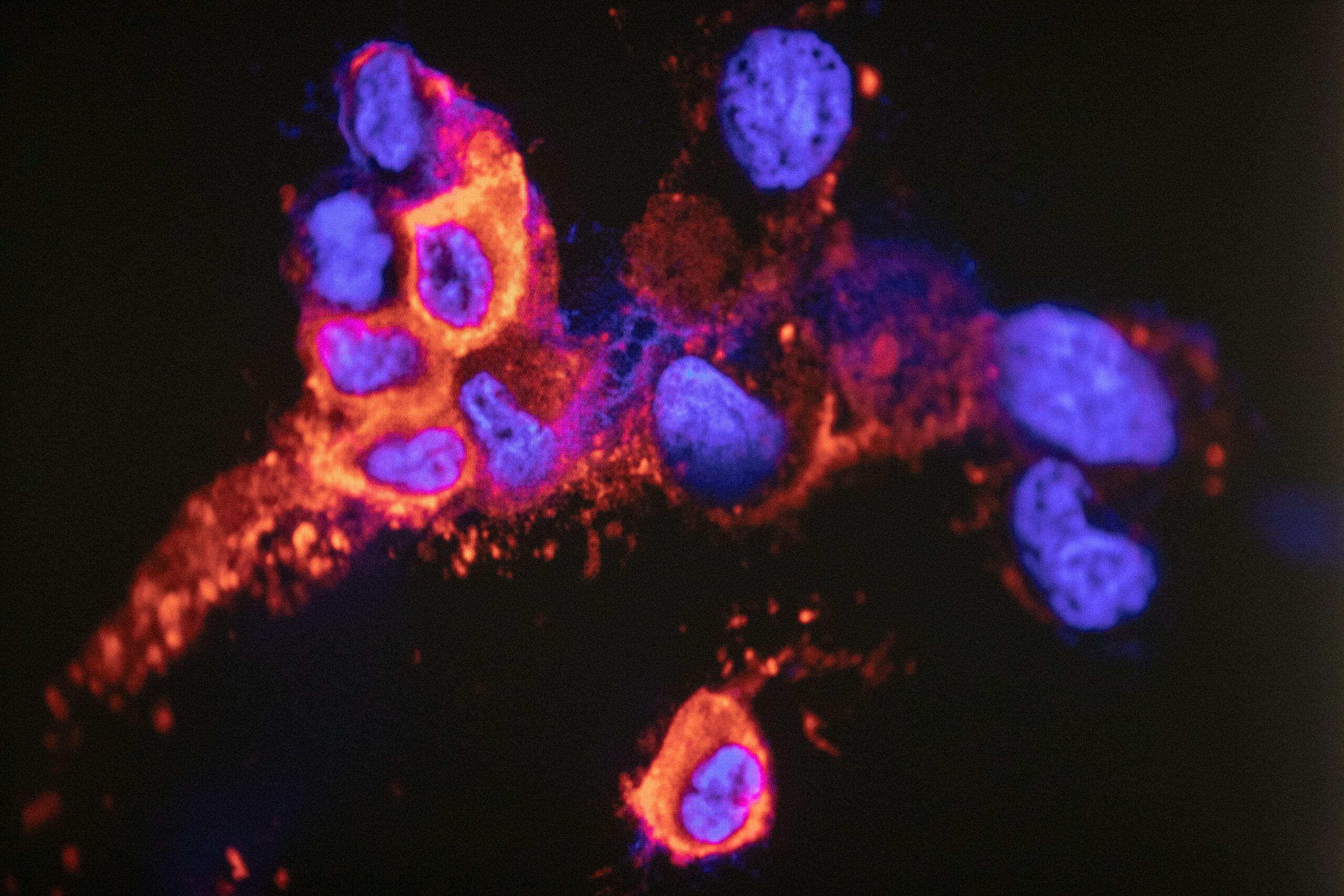 Scientists at the University of Hong Kong (HKU) have become the first in Asia to succeed in isolating the new Omicron coronavirus variant from clinical samples, the university said in a press conference on Wednesday Dec 1, 2021. (EYEPRESS via Reuters Connect)

False claims and conspiracy theories about the new Covid-19 variant Omicron emerged online after the variant was reported by South Africa to the World Health Organization (WHO) on November 24. The WHO said the variant has had a large number of mutations and may present an increased risk of reinfection, but studies on its transmissibility, severity of infection (including symptoms), performance of vaccines and diagnostic tests, and effectiveness of treatments are still underway.

Conservative influencers are circulating claims that the variant is part of a government plan to oppress unvaccinated populations.

In a Facebook Live that was broadcast November 30, conservative radio show host Ben Ferguson alleged that the government is using the Omicron variant to “fearmonger” and to perpetuate “Covid racism” by separating society into those who are vaccinated and those who are not. Ferguson also claimed in the video, which had been shared over 600 times and garnered over 26,000 views as of December 3, that the government is pushing for people to get booster shots through the purported fear mongering.

Other conservative influencers, including Ben Shapiro, Chuck Callesto, Kim Iversen, and Candace Owens, said that the Omicron variant was being used to enforce another lockdown and frighten people into getting vaccinated. One post from Owens implying Covid-19 was being used to “usher in a totalitarian new world order” was shared over 44,000 times on Facebook; the original tweet garnered over 19,000 retweets.

One popular false narrative from supporters of ivermectin has been that the Omicron variant was either made up or deliberately released by proponents of the Covid-19 vaccine in Africa. According to this conspiracy theory, up until last week the African continent had been successful in fending off the pandemic because of the prevalent use of the “miracle drug” ivermectin despite its low vaccination rate. According to the Food and Drug Administration, currently available data shows that ivermectin is not effective in treating Covid-19.

Perhaps one of the most prominent examples came from Rep. Marjorie Taylor Greene (R-GA), who has frequently promoted QAnon and other conspiracy theories. In a series of tweets November 27, she amplified this conspiracy theory, falsely claiming that “many clinical trials have proven Ivermectin to be a very effective safe & cheap treatment against #Covid”.’ These tweets have been shared thousands of times.

In Australia, a number of rumors have also been circulating. Public Facebook posts that mention Omicron with the most interactions between November 22 and 29 are from MP George Christensen, far-right figure Lauren Southern and anti-lockdown activist Topher Field. Each of these posts gained thousands of interactions within 24 hours.

One of the most popular false claims is that Omicron appears “ahead of schedule,” citing a chart purportedly from the WHO, the World Economic Forum (WEF) and Johns Hopkins University with a predetermined “plan” for releasing the variants. Spokespeople from the WHO, WEF and Johns Hopkins told First Draft in email statements that they are not associated with the image. The chart has circulated online since at least July and has also been debunked by Reuters Fact Check, Snopes and India Today.

Other false claims among the Facebook posts include calling the variant “planted” and blaming vaccinated people for the variant. One claim also falsely declared that vaccines weakened people’s immunity. Similarly in a Telegram group with more than a million members, one post falsely stated that the Covid-19 vaccines are what caused Omicron.

A prominent conspiracy theory links the new variant’s emergence to Ghislaine Maxwell’s sex-trafficking trial, which started in the US on November 29. For example, one comment on Topher Field’s post shares a screenshot of a post from US conservative influencer Rogan O’Handley, or DC Draino, that reads in part: “If you think the Omicron hysteria popping up 2 days before the Ghislaine Maxwell trial starts is just a ‘coincidence,’ then you don’t know who she was trafficking underage girls to.” Similar comments are also found on George Christensen’s post and a Telegram post, which also ties Omicron to the QAnon conspiracy theory of a “tyrannical peadophile CV19 government.”

Another conspiracy theory states that the letters “o,” “m” and “i” in Omicron stand for “occlusion” and “myocardial infarction,” linking without evidence the new variant to the rare side effects, such as a rare blood clotting disorder and myocarditis, that some Covid-19 vaccines have caused in a small number of people.

Our research finds a notable data void on Omicron, even though assessments take time. The deficit in data needs to be filled with credible information from trusted sources and facilitated by precise, accurate reporting as soon as possible to stop the spread of baseless or false information about the variant and the pandemic. — Esther Chan, Kaylin Dodson, Keenan Chen