From Syria to Europe: Refugee journeys through an eyewitness lens 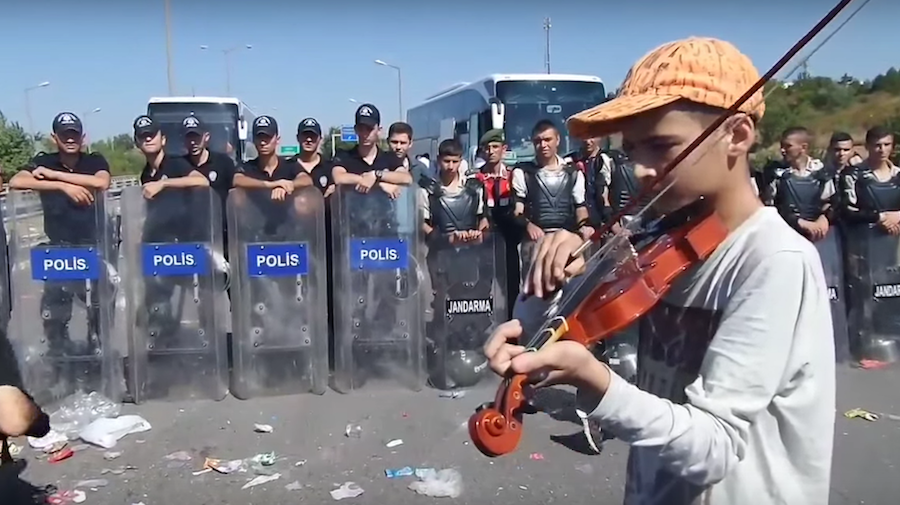 A single image can be decisive in the telling of a story. Alan Kurdi’s tragic death raised awareness of the Syrian refugee crisis, changing headlines and minds across Europe

There was never any doubt about the power of the image. A single photograph can tell the story of a war in a way words never can. Nick Út’s devastating image from Vietnam of a naked girl, Phan Thị Kim Phúc, running from a napalm attack is perhaps the most famous example of how an image can help shape public opinion and, ultimately, public policy.

We saw this again in August, with the harrowing photograph of Alan Kurdi, 3, washed up on a Turkish beach after dying while attempting to cross to Greece, provoking widespread horror, and making the migrant and refugee crisis the biggest issue in European politics.

(WARNING: The video below contains the disturbing image of Alan Kurdi’s body from 0:22 to 0:34)

At Storyful, it is a story we have seen repeated all too often. The horrors of the Syrian civil war, a war that has raged now for four years, are repeated daily: indiscriminate bombings of civilian targets, devastating urban combat which has destroyed large parts of the country, torture and repression at the hands of the government and extremist militants. With no end in sight, and hopes of a peaceful resolution remaining as remote as ever, the war eventually slipped down the news agenda, even as the horrors of its conflict continue unabated. But Kurdi’s death has brought it once again to the fore.

In watching Syria’s civil war through the prism of social media, Storyful has seen why millions of refugees have chosen to flee to seek safety. In the mini-doc above, we take the example of Syria’s largest city, Aleppo. The city, one of the region’s — and the world’s — most historic, has been devastated in fighting between Syrian forces, rebel groups, and the Islamic State. Thousands of people have been killed, and thousands more have fled. The city has become a graveyard, and one of the most intensely contested areas in the entire country.

Looking at the images that come from the city daily, the reasons why we are now facing the worst refugee crisis since the Second World War become very clear.

Eyewitness accounts tell us why so many Syrians have fled, but they also tell us how. Whether it’s refugees fleeing by boat to Jordan from southern Syria, or refugees making the crossing to Turkey at the Bab al-Hawa checkpoint in the north of the country, there is a camera there to capture the story.

These journeys, whichever route is taken, are perilous. The Bab al-Hawa checkpoint, one of Syria’s busiest border crossings, has frequently been targeted by both Syrian airstrikes and rebel bombs. For those who make it out, conditions at refugee camps, such as the sprawling camp at Zaatari in Jordan, are often abysmal, with the sheer number of refugees causing huge problems for authorities. Many refugees make the decision to flee towards Europe, encountering treacherous seas, squalid camps and border controls as they go.

The route taken by the Kurdis — from Bodrum in western Turkey towards the Greek islands of Kos and Lesbos — is well worn by refugees. Thousands of refugees make their way to Istanbul and then west to Bodrum every week, where people smugglers can charge thousands of dollars to transport them across the Aegean Sea. The boats are frequently overloaded and, as with the Kurdis, the journeys often end in tragedy. More than 2,800 migrants and refugees have died in the Mediterranean this year, according to the International Organization of Migration. 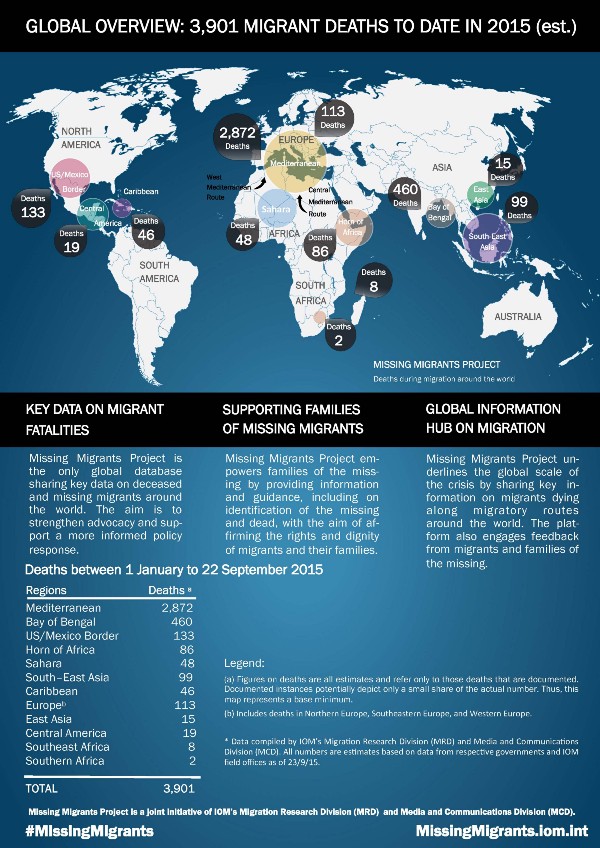 The International Organization of Migration has documented 3,901 migrant deaths in 2015; the vast majority have occurred in the Mediterranean

For the thousands that make it to Europe there is no respite. British blogger Eric Kempson has documented by video the arrival of hundreds of migrants and refugees to the Greek island of Lesbos, where local authorities and aid organizations struggle to cope with the influx. Many of the arrivals seek to move on quickly, making the long journey north through Macedonia, Serbia, Hungary and Croatia, in the hope of eventually reaching their destination, most often Germany.

All the while, they face hardship. Human Rights Watch, in a report from early September, described the conditions faced by migrants and refugees at the Roszke camp, near Hungary’s border with Austria, as “abysmal.” The conditions are exacerbated by the response of local authorities, with riot police sometimes deployed to deal with the desperate travelers in scenes that seem to belong to a different age than that of 21st-century Europe.

The cheering crowds that have greeted arriving refugees and migrants in Germany must have been a surreal sight for those disembarking at train stations. After weeks and months of hardship, the welcome given by hundreds of German people added a note of hope amid much misery and suffering. However, the crisis continues, and has no sign of abating.

From the horror of war to the perils of escape, social media can connect us directly to the desperation of millions of people — and, as with the death of Alan Kurdi, the images we share can change opinions and, in some cases, public policy.