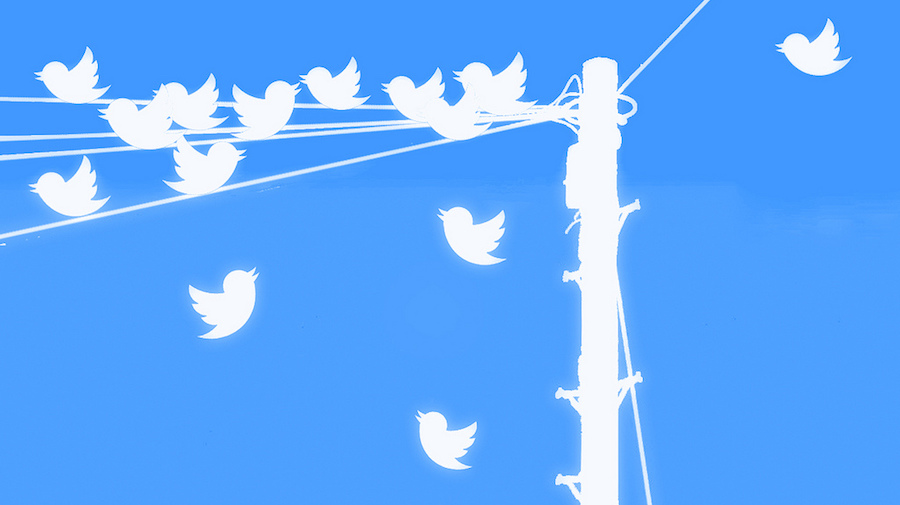 As shots rang out around the Umpqua Community College in southern Oregon last week, students ran for their lives. Some, a tiny minority, pulled out their phones to tweet about what was happening.

Within minutes reporters from around the world were filling their replies with requests for contact — some asking if the witnesses were safe, others urging them to find shelter, more charging straight in without an introduction, but all looking to contact the person for the story.

The same happened in July when gunmen opened fire on a tourist beach in Tunisia. Reporters all over the world are probably doing it now.

There will almost always be someone with a smartphone and a social media account at the scene of a news event before a journalist even hears of it, and this has fundamentally changed the reporting process. This is one of the reasons First Draft was established.

The public reaction to social newsgathering has not been positive, however. Some Twitter users responded to journalists’ requests for contact around the UCC shooting by calling it “sickening”, “terrible”, “sleazy”, “disgusting”; the reporters are “vultures” or “ghouls”, “slobbering” or “blood lusting” after a story.

But the practice will — must — continue if journalists are to do their jobs properly and gather the information which many of the name-callers will end up reading. That doesn’t mean there isn’t room for improvement, though.

Yesterday, First Draft coalition members and other journalists discussed some of the issues, and possible solutions, around the ethics of social newsgathering in a Twitter chat on the hashtag #FDethics.

In breaking news situations there is now huge visibility around how journos do job. This is not always pretty #FDethics

Q1 but that parallel doesn’t hold up for me. The timing of requests, and number of requests are very different than door knocking #FDethics — Josh Stearns (@jcstearns) October 5, 2015

In the wake of the UCC shooting arguments have been made that this is simply part of the job — reporting is ugly, it’s the same as door-knocking and that’s just ‘how the sausage gets made’.

These arguments are valid in that journalists provide a vital public service in getting the facts and telling the story, but they miss the all too important point that any nuance or empathy in speaking to someone face to face is sacrificed for functionality on social media. Door knocking and personal interviews allow reporters to build a rapport with an eyewitness — be it with a kind word or a hand on the shoulder — that is just not possible in 140 characters.

You wouldn’t shout at a bereaved or traumatised person irl. You shouldn’t ‘yell’ at them on Twitter to give you their time/content #FDethics

A2. A source should be approached with respect & consideration for their situation. If you you wouldn’t do it IRL, change it #FDethics — Fergus Bell (@fergb) October 5, 2015

And herein lies the problem. News organisations need two things from a breaking news situation: quotes and images. Each require a different approach, but the standard methods are still far from perfect.

A1) Very convoluted wording a big issue for me. ‘In perpetuity’, ‘licensing’, etc. @emhub research suggests people are baffled. #FDethics

#FDethics A2 – @alisongow‘s point about not shouting is a great one. Twitter restriction means first contact is often clumsy and intrusive — Eyewitness Media Hub (@emhub) October 5, 2015

.@matthewbennett This is a huge problem – the scale of requests. Bit like journo pack all knocking a front door en masse #FDethics

This last point was particularly relevant during last week’s shooting. One of the first witnesses to tweet from the horror of the scene was immediately bombarded with tweets from reporters, in some cases by three or four from the same organisation. Focus groups in research from EyeWitness Media Hub have been able to pick out the news organisations “hounding” eyewitnesses for pics and quotes a good time after the event. The impression left is rarely positive.

The newsgatherers are unknowingly undoing the excellent work of social media editors in their own orgs. #FDethics — Fergus Bell (@fergb) October 5, 2015

@fergb Without advance plans in place for breaking news it is easy for this kind of engagement to turn into a scrum/scamble. #FDethics

.@ajreid @jcstearns often though this work is jumped on by everyone and falls out of the control of an assignment desk #FDethics — Fergus Bell (@fergb) October 5, 2015

So it seems clear that better co-ordination within newsrooms and between news organisations could hold the key to getting the material needed to relay the story without alienating witnesses and the wider public. One is much easier than the other, however.

I’m very interested in any ideas on how we can make reaching out to witnesses and content uploaders via @Twitter work better? #FDethics — David Clinch (@DavidClinchNews) October 5, 2015

As David Clinch went on to point out, if news organisations already work together on issues of safety in the field, what’s to stop them working together in contacting eyewitnesses and protecting them as well?

. @matthewbennett Group DM or Slack group that news orgs are in + a Twitter card with agreed clearance that connects to the image #FDEthics

. @fergb @matthewbennett We need to keep competition in mind so my idea is clearance for Twitter images for 24 hours only. #FDEthics — David Clinch (@DavidClinchNews) October 5, 2015

.@DavidClinchNews @matthewbennett yes BUT it just kicks the can down the road. Everyone will then chase archive rights #FDethics

The minefield of rights, responsibilities and management of a UGC pooling system aside, one topic that has been left out of the debate so far is that of the platforms themselves. After all, they have ultimate control over what happens on Twitter, Instagram or wherever witnesses may be telling the world about what they are seeing. Opinion here is split, though. A social media platform’s bottom line is its user base, and they are unlikely to put up barriers and forms for sharing content if it means people will share less. But this area takes on a new dimension when considering the importance of news to the stream of information being shared on those platforms, and whether journalists going after witnesses like wasps swarming a picnic could drive users away.

Could @TwitterForNews develop a group DM for news orgs and a way to mark eyewitness content in breaking news as verified/cleared? #FDethics — David Clinch (@DavidClinchNews) October 5, 2015

A3: maybe journos have to pay X to get access to the Twitter witness statements/UGC pool for an event and X% of that goes to user. #FDethics — Matthew Bennett (@matthewbennett) October 5, 2015

Not sure social media platforms would want to get involved in something so close to editorial decisions #FDethics https://t.co/IL2hyCfiO2

.@ajreid A3 I don’t think it’s down to a platform to force journalists to behave in a certain way. We have to take responsibility. #FDethics — Fergus Bell (@fergb) October 5, 2015

@ajreid A3: just having the tools won’t solve the problem if we don’t foster a culture of respect for eyewitnesses & communities. #FDethics

@ajreid Not unusual for platforms to say eyewitness content is too small % of their traffic to justify the work/expense involved. #FDEthics — Pete Brown (@beteprown) October 5, 2015

Yes. But once it becomes “news content” from publishers it is a different ball game. What is the bridge? #FDethics https://t.co/HoQOclAFtZ

#FDEthics A4 social networks are definitely starting to move into the news space themselves so we might see change. — Claire Wardle (@cward1e) October 5, 2015

News organisations could even take it upon themselves to put a technological solution in place to combine a number of these concerns and solutions.

A solution was never going to be reached over an hour of tweets, but regularly assessing the issues and looking at them from every angle is the only way to define the problem and move the conversation forward. No doubt this conversation will continue and a panacea to the tangled mess of interests, concerns and responsibilities is still some way off. For local news outlets though, whose community can be both the source and audience for stories, greater engagement on a day-to-day basis could break down the walls.

@ajreid .they are in providing info and being sources when they see break. news. They start to see your brand as – public timeline #FDethics

@ajreid Yes, but network of many local news org engaged people can make one big network used by any news org on any level #FDethics — Tomislav Simpovic (@tsimpovic) October 5, 2015

Until a wider consensus is reached and answers, if any, are agreed upon, news organisations, journalists and social networks have a lot to think about if they are going to stop angering and alienating their audience.

A5 #FDethics 1. No one knows what, where, who is next major event; 2. Current free-for-all unedifying; 3. Room for Twitter to build system; — Matthew Bennett (@matthewbennett) October 5, 2015