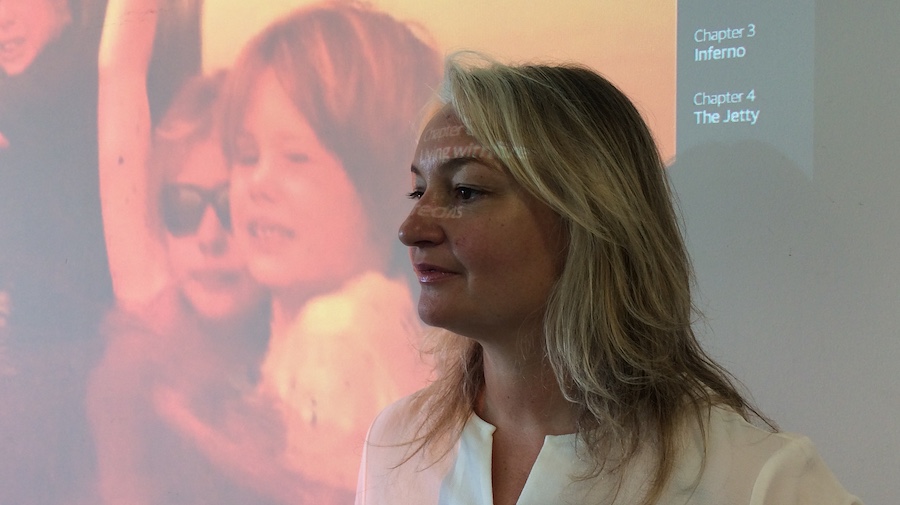 Miranda McLachlan runs one of the only UK journalism courses that goes in-depth into computing. (Image: Goldsmiths, University of London)

To keep her digital journalism course ahead of the curve, Miranda McLachlan tweaks what she teaches on a weekly basis. “We try to make it as up to date as possible,” said McLachlan, the convenor of the Digital Journalism Master’s course at Goldsmiths, University of London. “[But] there’s a lot to squeeze into the programme.”

Teaching journalism today is not easy. Against the backdrop of a rapidly expanding digital world and a news industry beset by mass layoffs, curriculums need to be constantly updated. And when it comes to keeping up with the latest verification techniques, the changing popularity and functionality of social media platforms makes this all the more difficult.

A lot of journalism schools “struggle” with staying relevant to the industry given the rapid pace of change, said Richard Sambrook, the Director of the Centre for Journalism at Cardiff University. “[Some schools] are teaching stuff that hasn’t been changed for a decade.”

Journalism schools across the globe have adapted existing journalism courses to include digital skills. With modules on social media, data journalism, computing, coding and verification as well as storytelling, interviewing and audience engagement, these degrees plug the gap left by more traditional journalism courses.

First Draft identified eight Master’s courses in Britain that focus on digital journalism. Of these, Cardiff University’s Computational and Data Journalism MSc and McLachlan’s Digital Journalism Master’s course at Goldsmiths are two programmes that teach in-depth coding and computer journalism. They are consistently ranked highly among other university journalism courses.

The most relevant journalism programmes prioritised digital journalism and replaced “out of touch” staff with more current lecturers, said Sambrook. But as more skills are required, many courses are now “incredibly compressed”, according to Sambrook.

“There is a problem about what gives,” he said.

Verification is valuable to students

Verification, an increasingly vital area of expertise for journalists in the digital age, is taught in multiple modules of McLachlan’s programme at Goldsmiths. Its ‘critical social media practises’ module covers social media, information security, verification and geolocation as well as the legal implications of using user-generated content, UGC.

“Journalism students should have at least a basic training in verification processes,” said Giacomo Antonelli, a 25-year-old Digital Journalism MA student at Goldsmiths. “Social media verification will be a fundamental part of my work both as a reader of news and as a journalist.” 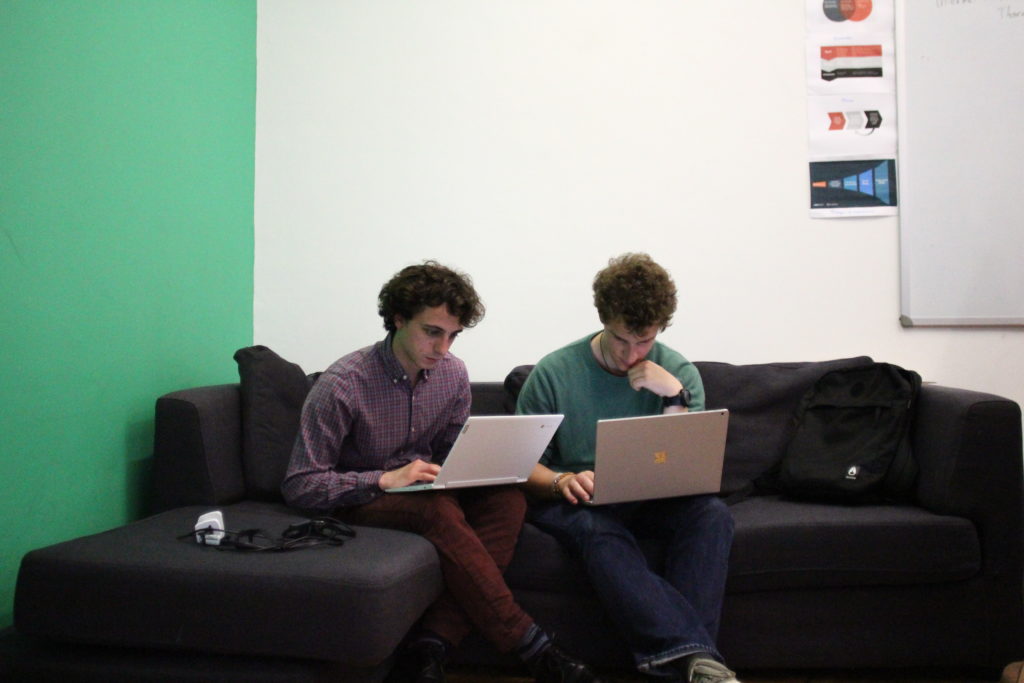 Antonelli was among the students who worked at First Draft’s London office monitoring social media platforms during the 2019 European parliamentary elections after completing training in monitoring and verification.

More than half of this small group of students said, in a survey conducted by First Draft, that verification skills — and professional experience using them — were the most important experiences they could have before starting their careers. Around half of the students said their university course prepared them to use such techniques.

“What I learned the most at First Draft was the workflow and social media monitoring,” said Antonelli. “Identifying keywords and sources was a very revealing insight on how to actually monitor misinformation across social media.”

“We put [fake news] into context so people understand what’s driving it.” – Richard Sambrook, Director of the Centre for Journalism at Cardiff University

Sambrook says he has integrated verification into the core of all Cardiff University’s journalism master’s degrees. Students are taught open source investigative techniques like reverse image search and metadata analysis, alongside an overview of the rise of information disorder and the differences between mis- and disinformation.

“We put [fake news] into context so people understand what’s driving it,” Sambrook said. Every ten weeks, students are also challenged to put their verification skills into practice by identifying false content.

At Goldsmiths, computational skills are at the forefront of the Digital Journalism MA/MSc course, which was set up in 2012, said McLachlan. To stay up to date, she tries to ensure that the course isn’t focused on teaching how to report using specific platforms or tools, but on transferable skills. Students also gain practical experience in a newsroom through Goldsmiths’ partnerships with the industry, such as BBC News Labs and The Times’ newsroom development team.

McLachlan, who founded Goldsmiths Digital Journalism Lab, also does her own research into computational journalism, which she feeds back into the course. “I pick up on changes at conferences, by speaking to people in the industry and adapting and introducing it into the programme,” she said. 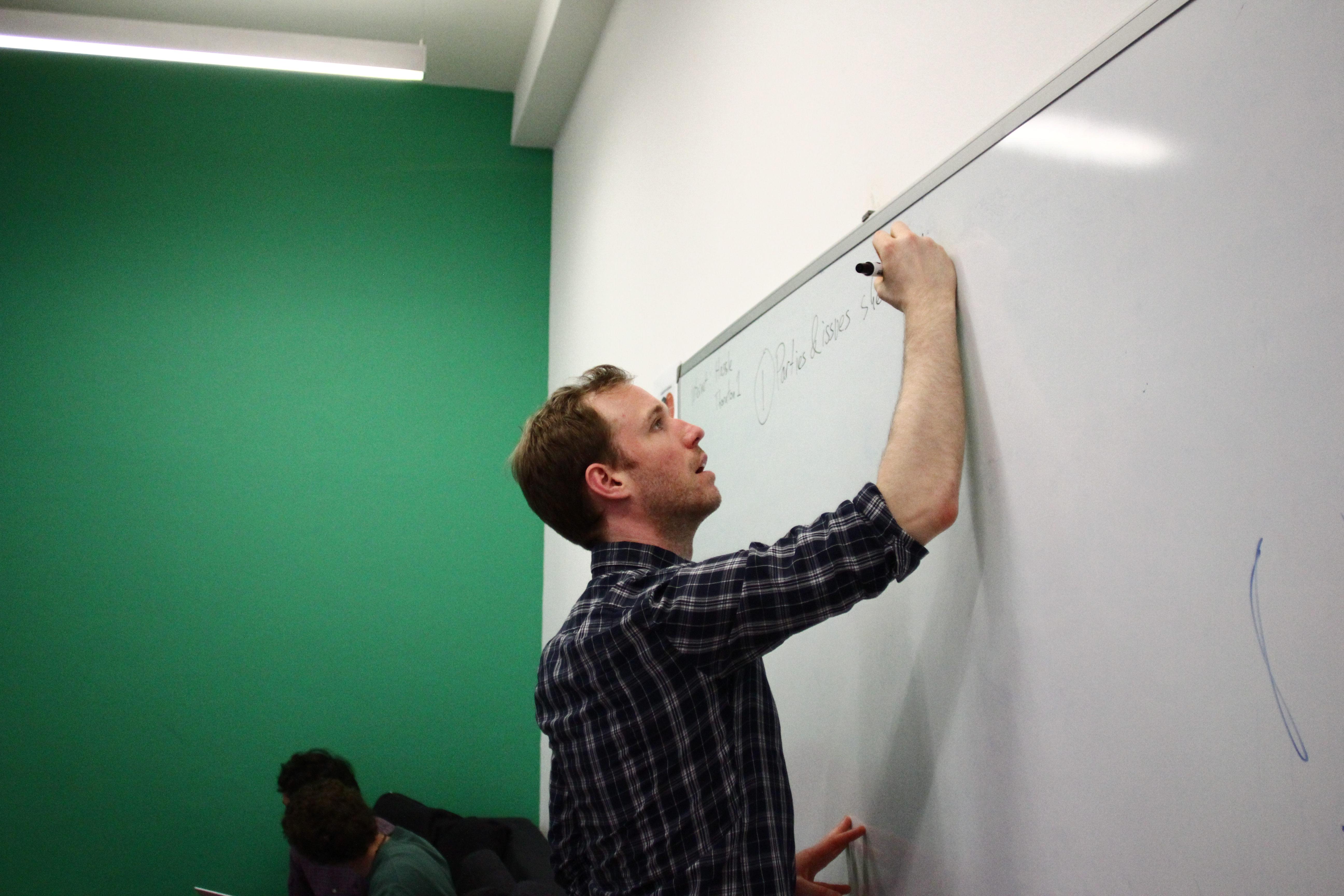 Despite advances in technology and changing verification techniques, the fundamentals of journalism remain the same; accuracy, balance and transparency are still at the core of quality reporting.

“While it is important to teach the basics, [students] have to think about storytelling and how they’re going to engage their audience,” said McLachlan.

As the internet creates a battleground for people’s attention, teaching the art of storytelling may even be more important than ever. “What used to be more one-way communication with newspapers and radio is now more interactive,” added McLachlan. “You’ve got to maintain that interest.”

“Because these skills are so highly sought after by the industry there’s less anxiety.” – Miranda McLachlan, Programme Convenor, MA/MSc Digital Journalism, Goldsmiths, University of London

And she believes her students are stepping up to the challenge well. “Even though there’s been some [media layoffs] earlier in the year there’s a lot of optimism” amongst students, she said. “Because these skills are so highly sought after by the industry there’s less anxiety.”

It’s not only universities that are updating journalism training. The National Council for the Training of Journalists (NCTJ), the organisation that has traditionally overseen training of British journalists by hosting courses and accrediting those of universities, gave guidance in 2014 that journalism schools should be teaching “new and enhanced skills.” These areas include ethics, fact checking, digital skills, PR, freelancing, entrepreneurialism, time management and audience relationships.

These skills are now part of the organisation’s Diploma in Journalism, for which it’s also trialling modules on data journalism and ‘advanced digital journalism’, an NCTJ representative told First Draft.

So while the speed of change to news business models and technology’s major impact on reporting methods has challenged journalism educators, they are gradually accelerating changes in response. And students are keen for them to take up the challenge.

Clarification: This article has been updated to clarify that Cardiff University’s Computational and Data Journalism MSc and Goldsmiths’ Digital Journalism Master’s course are two of the UK programmes that teach in-depth coding and computational journalism.