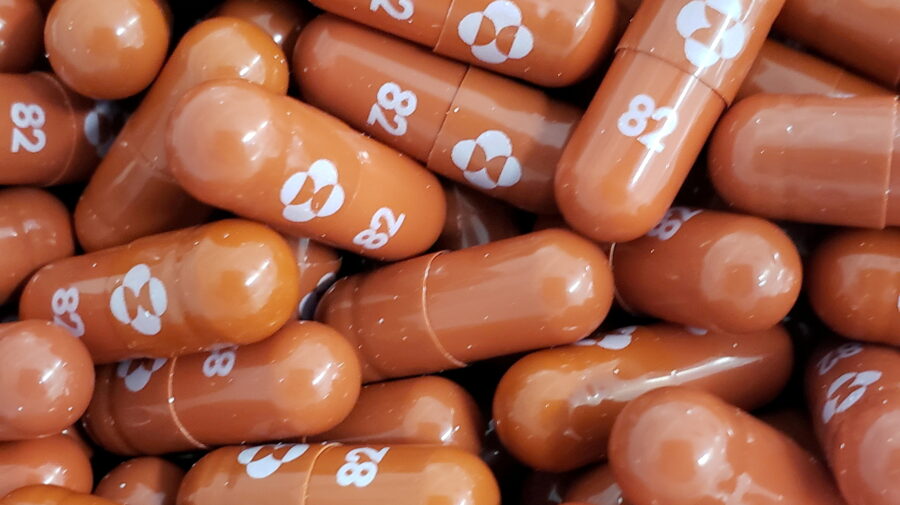 The announcement of medicines that may be able to prevent or treat mild or moderate cases of Covid-19, namely US pharmaceutical giant Merck’s oral antiviral drug molnupiravir and British-Swedish company AstraZeneca’s antibody cocktail AZD7442, has led to misleading or false claims about their efficacy and potential safety issues. There were also inaccurate comparisons made with the Covid-19 vaccines, as well as a conspiracy theory about a purported collusion between governments and pharmaceutical companies.

An Australia-based Telegram channel referred to an episode of a US conservative podcaster’s show with a self-proclaimed former health economist, who promoted an unproven claim that molnupiravir can cause “genetic manipulation” and cancer.

However, the genetic changes in fact happen in the machinery that reproduces the coronavirus: As the developers of the treatment explain, the virus will now be barred from multiplying thanks to errors introduced to the medicine’s genetic code. While data from molnupiravir’s clinical trial has yet to be peer reviewed and there is a lack of details about potential side effects, there’s no indication so far of any cancer risk.

Others compared Merck’s new Covid-19 medicine to the anti-parasitic drug ivermectin. For example, Australian MP Craig Kelly asked on Telegram why not just use the “original (Ivermectin)”.

Merck, which developed ivermectin, released a statement earlier this year clarifying that there was no evidence for the medication’s clinical efficacy in Covid patients.A conspiracy theory that pharmaceutical companies are in cahoots with governments to profit from the new Covid-19 drugs was also popular on multiple platforms. For instance, one tweet purports to compare molnupiravir and ivermectin and seeks to highlight that the only reason the former would be approved is because it is “funded by Fauci.” A report by right-wing blog ZeroHedge says molnupiravir is sold at a price that represents a markup of 40 times its production cost, and that the US government helped fund it. The report ZeroHedge referred to only took into account the cost of the ingredients but not other costs such as clinical trials and research and development.

The development of molnupiravir began at Emory University in 2013 — seven years before the Covid-19 pandemic — with funding from a Department of Defense agency and NIAID, headed by Dr. Anthony Fauci. Clinical trials from 2020 onward found the medicine effective in keeping Covid-19 symptoms under control, but funding from US government agencies was not intended exclusively for the development of a Covid-19 medicine. — Esther Chan