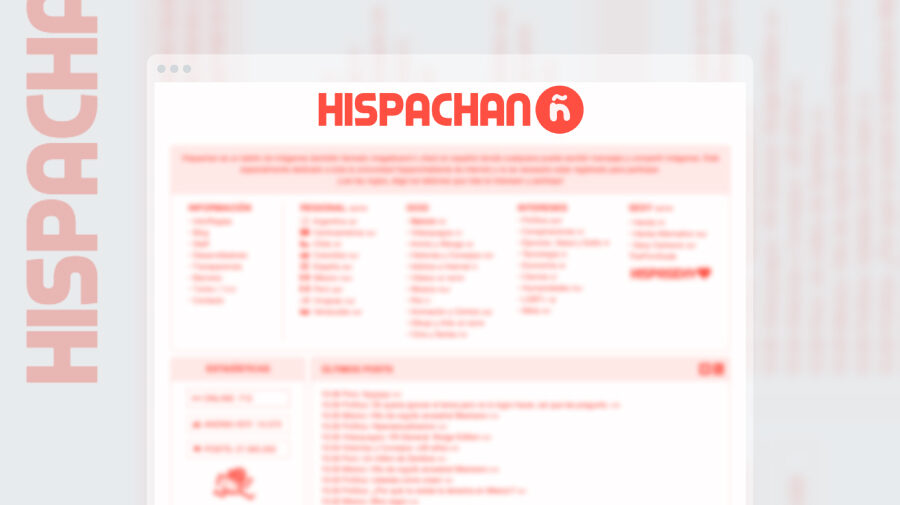 Created in November 2012, Hispachan is a relatively new imageboard for Spanish speakers. It is modeled after the Japanese Futaba Channel (or 2chan) and the English-language-dominated imageboard 4chan. The imageboard contains politics and culture discussion boards, as well as NSFW (not safe for work) content. Hispachan’s servers are hosted in the Netherlands. The creator and administrator of Hispachan, who goes by “Zeta,” has remained anonymous, unlike their counterparts at 4chan and 8kun, another imageboard notable for its influence on the QAnon community.

Hispachan currently hosts over 27 million posts and regularly attracts over 10,000 daily users and sometimes as much as 50,000. More than 30 percent of the traffic to the site originates in Venezuela, according to SimilarWeb. And in the past six months, the site has been visited 1.15 million times.

Keep in mind that Hispachan regularly hosts antisemitic, anti-Black and mysognistic content and has been involved in a number of controversies. Below, we’ll outline ways for researchers and journalists to effectively and safely browse the site.

Hispachan hosts a variety of boards that have been reorganized or discontinued over the years. The boards are organized under four main categories: regional, hobbies, topics and sexually explicit material.

Regional boards are based on geographic interests. Users participating in these NSFW boards are either from these Spanish-speaking regions or discuss subjects relevant to these areas. A category for hobbies contains boards where users discuss subjects ranging from video games to films and television shows. This category also include /b/, or balcón — a recent addition after administrators did away with the general board, /g/. The third category contains boards meant for topical interests, such as conspiracy theories and humanities. The site also has a meta board where users discuss Hispachan itself. This category also hosts Hispachan’s own version of /pol/, or politics.

Hispachan is part of the anonymous web, so users do not need to create an account to contribute to the community, nor do they need to be identifiable. In fact, they are encouraged to remain completely anonymous. Because of this, there is no account setup process. Entering any thread on the site allows users to create posts by using a provided webform.

Exercise caution when clicking links on the site. Use a VPN when accessing spaces on the anonymous web, or consult an expert about using a secure browser such as Tor. Material shared on Hispachan is often NSFW and in the past users have discussed intentionally misleading the news media.

While in recent years Hispachan has made efforts to moderate its content and promote transparency by more aggressively cracking down on illicit content and users who post it, and cooperating with law enforcement requests for IPs, its users have been at the center of a number of controversies.

Disinformation: Notably, in 2016, posts and videos sharing findings from a supposed dark web terrorist site began to circulate online. The site, which featured a number of targeted cities, a countdown clock and a flag bearing the letter Z was attributed to users of Hispachan. The coordinated disinformation campaign was organized via a thread on /g/ called “Hilo de hispa en tv 3.0,” where users discussed the imagery, content and the site’s web address.

Violence: In its early years, Hispachan’s users were linked to harassment and hate crime campaigns against women and LGBTQ people. Death threats were posted on the site before the 2015 assassination of Raúl Robles, a notable Mexican hacker killed in Guadalajara. Posts on the site were also linked to a school shooting in Monterrey, Mexico, two years later. More recently, threats of violence have been made against journalists who have covered the website.

Some Hispachan users have claimed the site’s administrators are “censoring” them through stepped-up moderation efforts. Others claim moderators overstep and limit free speech, especially discussions about Hispachan’s history. And although the site has undergone a drop in usership because of changes aimed at curbing undesirable behavior and shifting community interest — illustrated by Hispachan’s own Twitter account — based on the site’s history, it remains a place of interest for monitoring political discussion and potential online coordination.

Stay up to date with First Draft’s work by subscribing to our newsletters and following us on Facebook and Twitter.