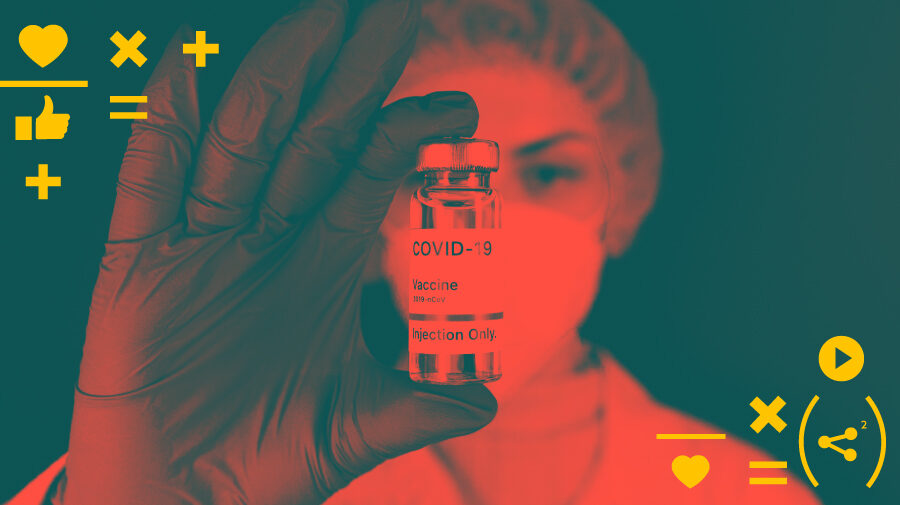 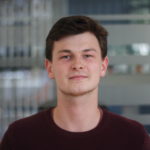 This article is the second in our Digital Investigations Recipe Series, a collaboration between the Public Data Lab, Digital Methods Initiative, Open Intelligence Lab and First Draft. Please read our example investigation below first and then refer to the recipe Tracking YouTube videos across the web for a step-by-step guide on how to conduct a similar investigation.

Since the start of the Pfizer/BioNTech Covid-19 vaccine rollout in mid-December, Russian state-funded media outlets RT and Sputnik have been pushing alarmist headlines regarding the effects of the vaccine. Almost on a daily basis, articles on the two Russian government-backed sites have been misleadingly suggesting causal links between the vaccine and severe side effects or even deaths despite a lack of evidence and incomplete investigations.

Some of these publications have generated several thousand shares on social media, while a video from RT’s anglophone YouTube account, titled “Woman’s severe reaction to Pfizer COVID vaccine prompts investigation,” has attracted more than a million views since its publication January 18.

Examples of RT’s coverage of the Pfizer/BioNTech Covid-19 vaccine. Screenshots by author.

The scale and potential reach of this messaging have fueled concerns that it could complicate global Covid-19 immunization efforts.


While these articles alone might be cause for concern, we were interested in how the content from RT and Sputnik might be spreading in other communities. We were able to uncover how some of RT’s videos are being re-uploaded on alternative video platforms and featured as part of anti-vaccine video compilations.

We did this by collecting data on 4chan conversations relating to Pfizer, identifying YouTube videos making negative claims about the Pfizer vaccine in those conversations, and then mapping the spread of these videos across the web using the Search Engine Scraper.

Anti-vaccination sources often repurpose content from recognized media outlets to boost the legitimacy of misleading messages. However, this is typically done through “headline laundering,” where decontextualized article headers are attached within social media posts that convey an entirely different message than that of the original article. In this case, the full version of the original RT YouTube video mentioned above was republished in unedited form to feature alongside highly misleading clips from popular anti-vaccination sources. 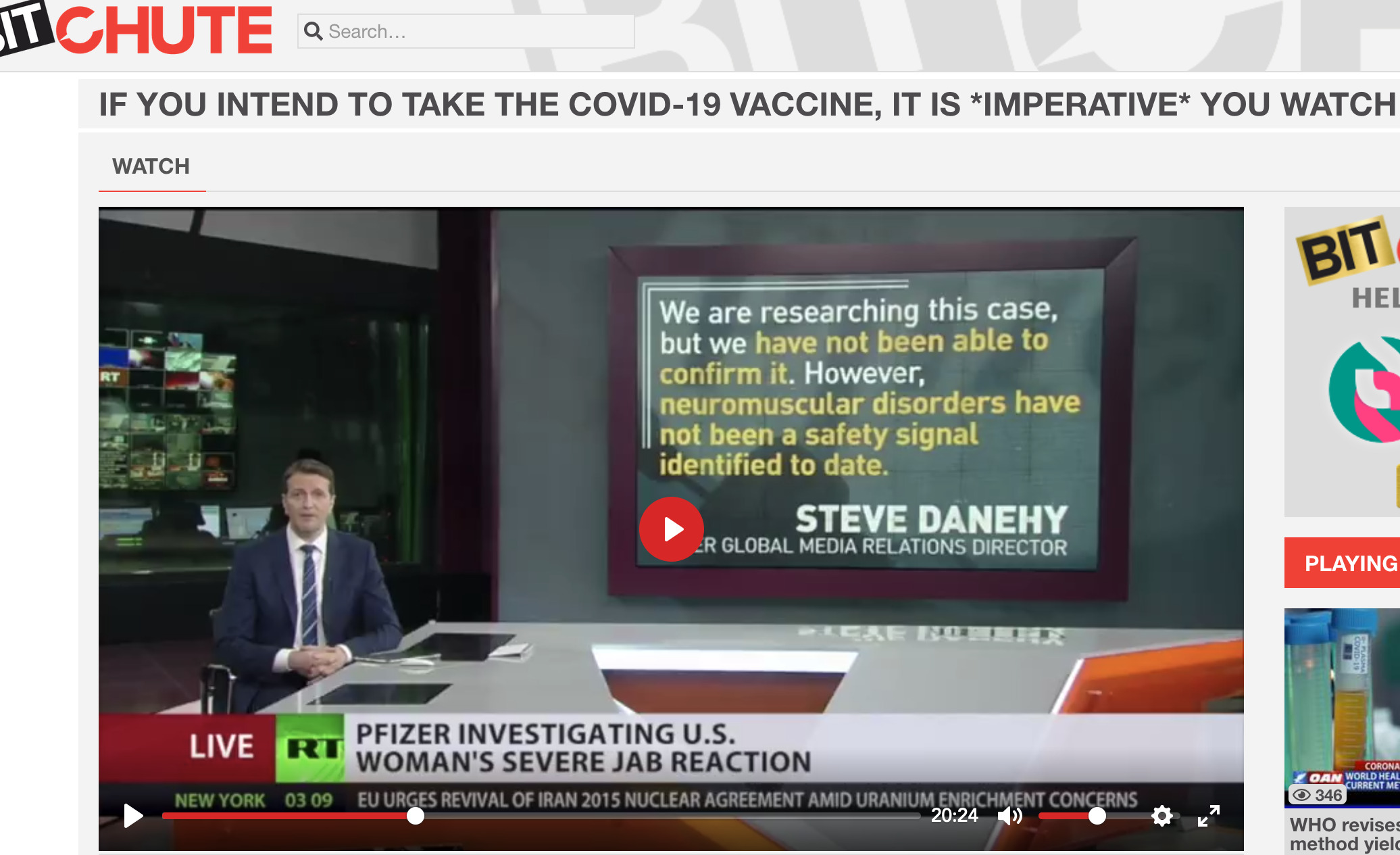 RT video featuring as part of an hourlong anti-vaccine video compilation on BitChute. Screenshot by author.

Most rumors, memes and video compilations created within anonymous web and conspiracy communities fail to spread to other parts of the social web. However, a small portion of this content can travel beyond these spaces to reach a much wider audience. This has become increasingly frequent with vaccine-related conspiracy theories, whose appeal with larger online communities continues to grow. 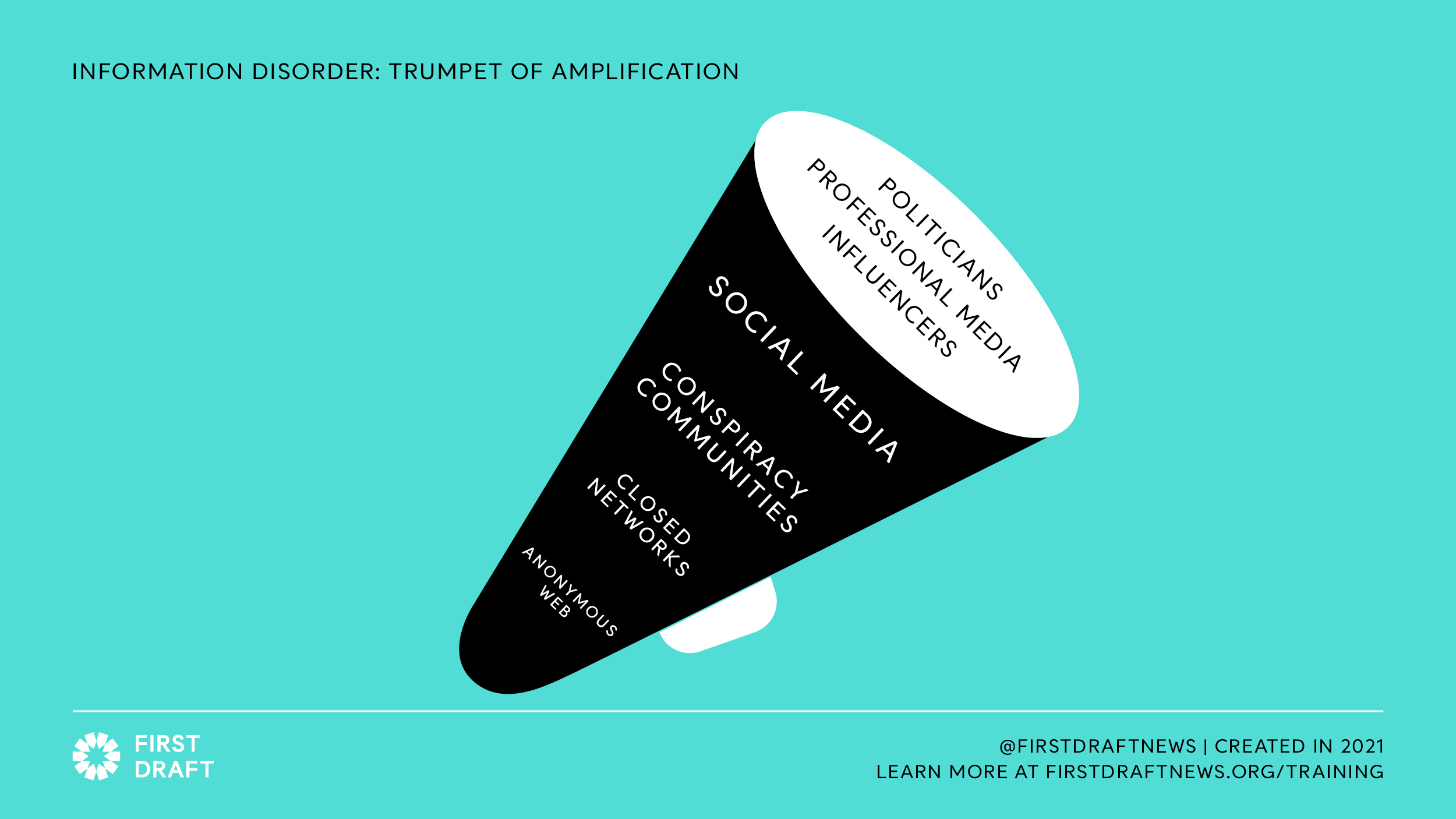 The Trumpet of Amplification: How content moves from the anonymous web to the major social media platforms and the professional media. Source: First Draft.

Using CrowdTangle, a public insights tool owned by Facebook, we were able to identify that additional versions of the video compilation screenshotted above were being hosted on YouTube and subsequently shared on other large social media networks, such as Twitter and Facebook Groups. However, these shares have not generated any significant engagement at the time of writing.

Moreover, videos initially published by Ruptly, a sister agency to RT, are also being referenced on 4chan and small forums used to promote anti-vaccine conspiracy theories. One of those theories is that public inoculations of politicians are being faked.

This analysis points to the ability of Russian state-funded media outlets to resonate with audiences typically receptive to conspiratorial narratives. It also demonstrates how video content from media outlets is used and amplified by fringe, anonymous online communities when the messaging aligns with their own interests.

You can use the recipe Tracking YouTube videos across the web, which provides a detailed step-by-step guide on how to use the tools and methods in this analysis to do your own investigation. The recipe can also be used to find online spaces where censored YouTube videos are being hosted or even help kickstart list-building for new monitoring projects by uncovering relevant online communities that might not already be accessible through social listening tools such as CrowdTangle.