How should social journalists report on the transgender community? 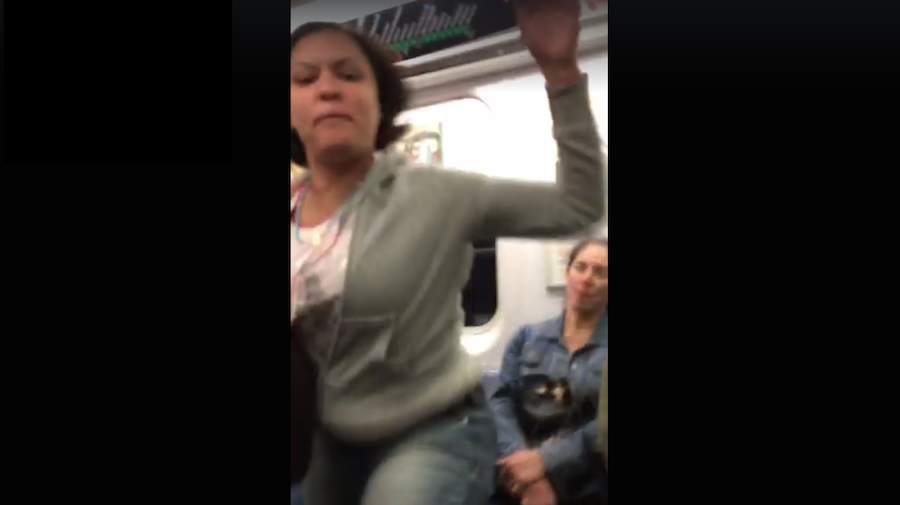 Footage from a physical and verbal attack on a trans woman in New York, April 2015. Pearl Love/Facebook

With the mass shooting in Orlando adding to a shocking list of violence against the LGBTI+ community, what do journalists need to know about reporting on such attacks?

In the early hours of June 12, a gunman opened fire on an LGBTI+ nightclub in Orlando, Florida, killing at least 49 people and leaving another 53 injured. The performers that night were trans latinx women. This wasn’t an isolated incident.

These attacks occur regularly, constantly. In terms of murders alone, 100 trans and gender-diverse people were killed between the start of the year and mid-May, according to Transgender Europe’s Trans Murder Monitoring project. One hundred that we know of. That number rises to 2,115 when you look at the last eight years.

So how do we report on these attacks? How do we respectfully, accurately and ethically alert the world to this news?

Knowing the correct way to report on the trans community isn’t just about ‘being nice’ or not hurting ‘people’s feelings’. Treating sources with respect and consideration can make them more likely to become valuable contacts for future stories, possibly providing information or scoops down the line. And being more inclusive in how we report on different communities can broaden our audience – rather than ostracising them with careless language, why not make them returning readers?

Here are some things to bear in mind:

Firstly, let’s get our lingo straight

A transgender person is someone whose gender identity and/or gender expression differs from the sex assigned to them at birth. You can use the term trans for short. The terms transgendered and transgenders are incorrect. Transgender is an adjective, not a verb or a noun.

So with this in mind, let’s remember:

As we begin uncovering more stories on social media, we have to be extra vigilant of our tendency to assume facts about our uploaders and subjects. When it comes to gender, we can’t make any assumptions.

But thankfully, the internet can give us lots of clues to help us stay accurate.  A person’s Facebook page can show you their gender and pronouns. Look for the “Do you know Joe Bloggs?” section at the top of their profile – this will give you the person’s pronouns. Their gender is often listed in the About section.

Use your judgement here, however, as this is not 100 per cent reliable. In cases where there is doubt, try and check, or use the given name in place of pronouns. Alternatively, pick up the phone and see if you can ask the uploader for clarification.

Another top tip – don’t refer to someone’s gender or pronouns as their ‘preferred’ gender or pronouns. We’re not talking about preferences, but people’s realities. You don’t prefer the gender male, female, or non-binary. You just are that gender and use the pronouns that feel most comfortable to you. 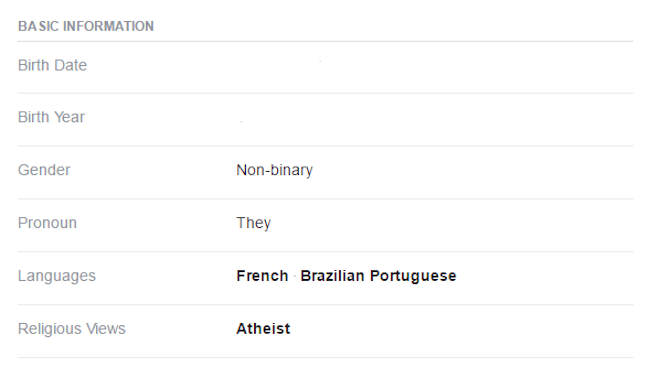 OK. But it looks like the uploader used the wrong gender – should I do the same?

Nope. Often the family of the trans person will use the wrong name, gender and pronouns. They’re still adjusting to getting it right. Like every other piece of information we deal with, see if it can be verified independently.

Check to see if you can find the trans person’s Facebook, or a quote from them which indicates their pronouns. Use the name, gender and pronouns the trans person uses for themselves.

If in doubt, stay neutral and use ‘they’ pronouns instead of ‘he’ or ‘she’, and non-gendered familial terms like parent, spouse, child, etc. You can also use someone’s name in the place of pronouns.

So what do I call someone who’s not transgender – heterosexual?

A heterosexual is someone who is attracted to people of the opposite gender. We’re not talking about attraction here – just gender, so this is incorrect. The correct term for someone who isn’t trans is cisgender, or cis for short.

Often journalists will use ‘normal’, as a replacement to cisgender. Don’t be that journalist. The Huffington Post, NBC and BuzzFeed are all using cisgender. Hop on board!

And surgery – can I talk about it?

The question here is why? We don’t talk about anyone’s medical history unless it is completely focal to the story. Trans people aren’t any different.

When do we ever refer to anyone’s genitalia? Mostly, never. So no, don’t talk about it or speculate when a trans person is involved.

Are ‘before and after’ photos okay?

No. We have no reason to do this. It’s sensationalist and reduces a trans person to their history – how they looked in the past. Journalists can have a real temptation to dig for ‘before and after’ photos on Facebook, or ask their subjects to bring old photos to interviews. It’s really upsetting and isn’t purposeful.

While we’re on appearances – how do I talk about that?

Be aware of your own judgements and stereotypes.

Like the rest of the population, trans people have lots of ways to express themselves and appear within society. When you describe a trans girl in a YouTube video or an Instagram post as ‘looking very much like a girl’, you’re reducing her down to your own stereotypes of what a girl is supposed to look like. Don’t do that. Trans people don’t exist to live by society’s standards of male and female appearances.

So how should I talk about appearances – if I really have to?

Sensitively. Use non-gendered language for bodies. Use terms like facial hair and chest, instead of beards and boobs, unless you’re quoting someone directly.

What about bathroom bills?

The point is to highlight how ‘ridiculous’ and wrong it is for a trans man to be in a women’s bathroom and vice versa. The reality, though, is that these memes perpetuate age-old stereotypes of how men and women are supposed to look and express themselves.

Is there anything else I should know?

Yes. For the love of God, do not use the phrases ‘birth gender’, ‘gender swap’ or ‘born in the wrong body’. They’re just plain inaccurate.

Lastly, before you hit publish on your story, think: Is this trans person out?

Are you sure this person’s friends, family, co-workers etc. all know this person is trans? Are you sure you wouldn’t be outing them by publishing this story? Is it in the public interest to publish this story? If the answer to any of these questions is no: spike it. It’s not worth the risk to that person’s life. Remember the statistics above? They’re real, scary, and not just numbers. We’re reporting on real people’s lives.

Kay Cairns is a journalist at Storyful who regularly discusses reporting on the trans community from @KayACairns on Twitter.

One thought on “How should social journalists report on the transgender community?”