Trust in news is falling as online sources of information continue to grow
First Draft uses cookies to distinguish you from other users of our website. They allow us to recognise users over multiple visits, and to collect basic data about your use of the website. Cookies help us provide you with a good experience when you browse our website and also allows us to improve our site. Check our cookie policy to read more. Cookie Policy. 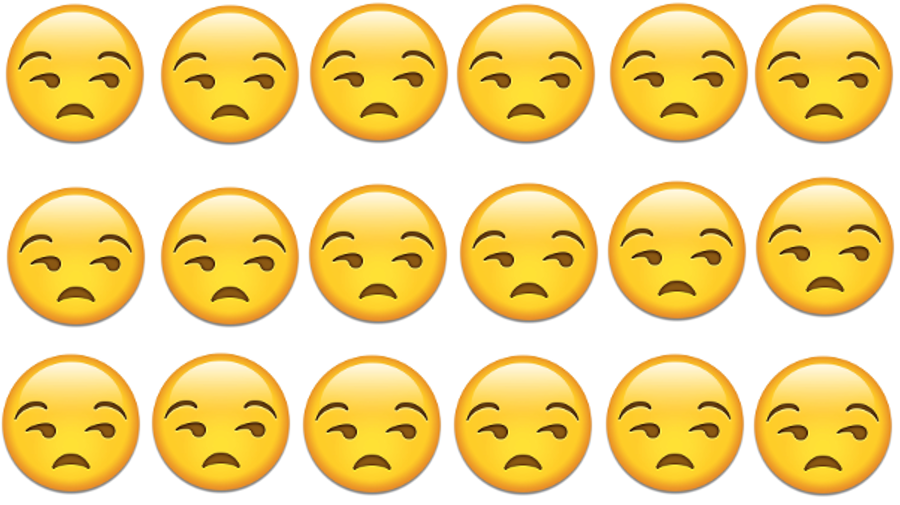 Young audiences trust news less and are more likely to get information from a wide variety of social sources, according to the new Digital News Report

Trust has always been central to journalism and news organisations – without trust, why would audiences pay for a newspaper?

Of all media, print has been hit hardest by the online revolution, and with its demise has come a steady erosion of trust among audiences in the news they consume.

New research published by the Reuters Institute for the Study of Journalism today backs up this assumption, with public trust in the news falling year-on-year and social media becoming the central source of new information for many, to the detriment of news organisations.

The Digital News Report 2016, which surveyed 50,000 people across 26 countries, showed just 45 per cent of all respondents agreed that “you can trust most of the news most of the time”, a belief that had fallen in a majority of countries surveyed in 2015.

In addition, only 41 per cent agreed news organisations were trustworthy “most of the time”, a figure which fell still further to 34 per cent for “journalists”.

An interesting correlation came among younger demographics, which were less likely to trust the stories they read, but more likely to get their news from social media.

What’s more, the majority of people in a number of countries who get their news from social media often fail to notice the newsbrand which supplied the story. Of the seven countries where the question was asked, only Germany had a majority of respondents who noticed the news organisation a story came from on social media, with 49 per cent of US respondents noticing the news brand and only a third of UK respondents.

“When online sources of news are compared, younger people are twice as likely to be using a variety of sources as older age groups,” writes Alison Preston, head of digital literacy at UK broadcasting watchdog Ofcom, in the report.

“Seventeen per cent of 18-24s use five or more online sources, compared to 11 per cent of 55-64s, and eight per cent of those aged 65-plus. And there remains a significant minority – around one quarter – across the age groups who only use one online source for news.

“Attitudes about trust are likely to be coloured by the extent to which people are accessing many or few news sources,” she continues, an assertion that certainly fits with the higher levels of trust in news among older generations compared to their younger counterparts.

“Using a variety of sources with different editorial stances can bring an awareness of the fundamental subjectivity in news provision; this can lead to heightened skepticism about the veracity of news outlets, but can also result in increased trust and affinity for those sources that are judged to be reliable.”

There is a strong correlation between those who trust news organisations and trust news on the whole, but when sources of information are ever more diverse, quality journalism is mixed with hoaxes, speculation or heavily partisan reports on social media. It should be no surprise that audiences are becoming more wary of the information they consume.

Steps are being made in some quarters of the industry to address this trust deficit in journalism, however.

For one, the board of the World Editors Forum (WEF), proposed five principles to help rebuild trust in professional journalism at the World News Congress in Cartagena this week.

“Given the current reality where false and distorted information is easily shared, we need to distinguish professional journalism and secure greater public recognition of its relevance,” said Marcelo Rech, president of the World Editors Forum and vice president, editorial, for Brazil’s Groupo RBS. “At this next level, the search for truth, a concept that lies at the genesis of journalism, is now more necessary than ever.”

The principles focussed on building a relationship of trust between news organisations and their audiences, stressing that “next-level journalism is distinguished from other content by the vigilant and diligent questioning and verification of material circulating on social media”.

And in endorsing the principles, Ethical Journalism Network director Aidan White said: “Work to strengthen the role of editors and their key role in repositioning journalism as a cornerstone of the new information landscape is urgently needed.”

Thanks to the internet, news organisations no longer have a monopoly on how information is distributed. And thanks to social media, legitimate news reports now sit alongside hoaxes, hyperbole and half-truths to the point where many readers struggle to tell the difference.

Worse still, social networks often create a filter bubble for their users, an echo chamber of stories and sources that support and reinforce a particular point of view, whether true or not.

Add to this a crisis in the business models which support news organisations and many publications are left chasing web traffic to prop up falling print sales, stagnating revenue from digital advertising and the uptake in adblockers. For some, this has meant publishing unverified stories for the clicks, damaging trust further.

But for those seeking to make up for such losses by persuading readers to pay for their news, trust is central.

“The higher the levels of trust, the greater levels there are for people to share their views positively on social, with friends or through word of mouth and also recommend an organisation for high quality products,” Ed Williams, CEO of Edelman UK, told First Draft. Edelman publishes an annual Trust Barometer across media, politics and business, giving the organisation unique insight into the effects of trust on organisations.

“It does affect the bottom line,” Williams said, and audiences are often more savvy than some news organisations give them credit for.

Preston identified a habit of “triangulation” by some readers, in checking out multiple news sources to get a clearer picture of events. Such readers quickly see through unverified or sensationalist stories and end up distrusting news organisations seen to be more relaxed with the facts as a result.

“News consumers are sophisticated, as they show in the Digital News Report every year,” Williams writes in the report. “They know they can trust some sources more than others and they don’t mind. But if they can’t trust a source, thsoeir view is, why should I pay for this? The inevitable conclusion is that trust isn’t a market-mover for every media owner, but for those who are going to rely on being paid online, it strikes me as being rather important.”

A well-informed public is central to a functioning society, and rebuilding trust in news stories and news organisations is central in giving people the facts and helping them make better decisions.

There is a role for social networks here as well, though. Facebook introduced a feature allowing users to flag fake stories in their news feed last year but, as recently pointed out in separate research by BuzzFeed and First Draft, it has done little to stem the flow of false information from regular hoaxers.

As the biggest social network in the world – and the most popular social media news source for most respondents to the Digital News Report – there is scope for improvement. But not just from Facebook. More and more audiences are getting their news through distributed channels, directly on a social network rather than a publishers website. From Snapchat to YouTube to WhatsApp and Vine, news organisations risk losing control of their content entirely.

“If there’s anything that’s clear out of the report, it’s that there is a strong demand for quality journalism and storytelling that’s showing up in right place, at the right time and in the format [audiences] want,” said Williams.

“While levels of paying for news are relatively low in this country, the ARPU [average revenue per unit] is much higher,” he said, suggesting there is potential for news organisations “with strong brands” to convert casual readers into paying subscribers. This, of course, runs the risk of limiting the audience’s access to quality journalism by their ability to pay for it.

The Digital News Report holds many more insights into how audiences now find news online but the issue of trust and distribution recurs. Whether news organisations can rebuild trust among all audiences in consuming legitimate information published online, or the future holds a stratifying of access to information into paid-for news and free-flowing sensationalism, may well depend on the ability for publishers and platforms to work together towards a common goal.