New research shows the successful impact of newsroom collaboration on fighting misinformation
First Draft uses cookies to distinguish you from other users of our website. They allow us to recognise users over multiple visits, and to collect basic data about your use of the website. Cookies help us provide you with a good experience when you browse our website and also allows us to improve our site. Check our cookie policy to read more. Cookie Policy. 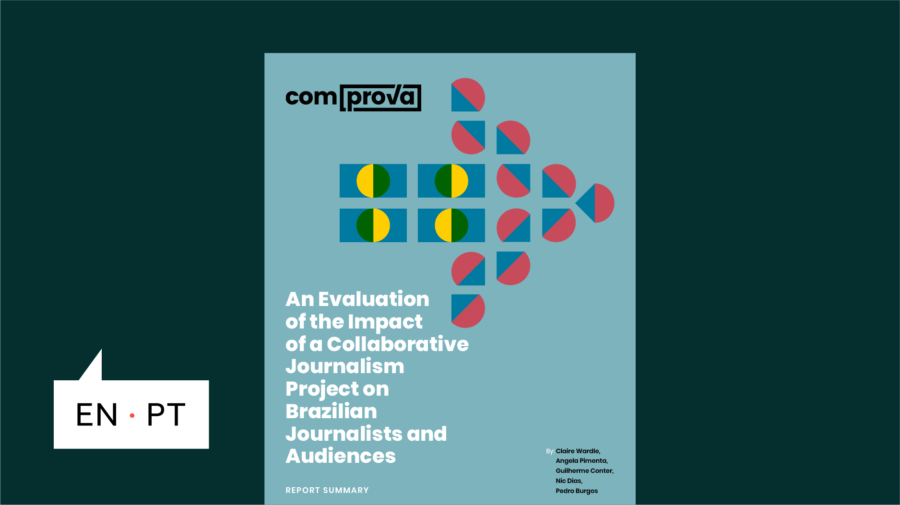 Comprova was launched in response to plummeting trust in the Brazilian media, which dropped by 17% between 2017 and 2018

New research sheds light on the impact of collaborative attempts to slow down the spread of misinformation in the lead up to elections. These include the value of setting up mechanisms for encouraging the audience to highlight rumours and misleading content circulating in closed messaging apps and groups; the need to use advertising on social media to reach audiences who don’t normally engage with journalism or fact-checking; the importance of newsroom collaboration which minimises duplication through pooling resources, maximises the amplification of any debunks, and encourages newsrooms to make collective decisions about when and how to report on disinformation to prevent unnecessary oxygen of rumours.

Comprova was launched in response to plummeting trust in the Brazilian media, which dropped by 17% between 2017 and 2018 according to the Edelman Trust Barometer.

The coalition of newsrooms set up a dedicated WhatsApp ‘tipline’ during the election, and encouraged their audiences to submit examples of content they thought was suspicious. They received 105,078 messages from the audience in the 12 weeks leading up to the election, including 87.6GB of attachments including images, video and audio messages.

As part of the research launched today, the database of WhatsApp messages will be made available to researchers. The database is thought to be the largest of its kind. Please contact us using this form (English) (Portuguese) to request access to the Comprova data for your research. 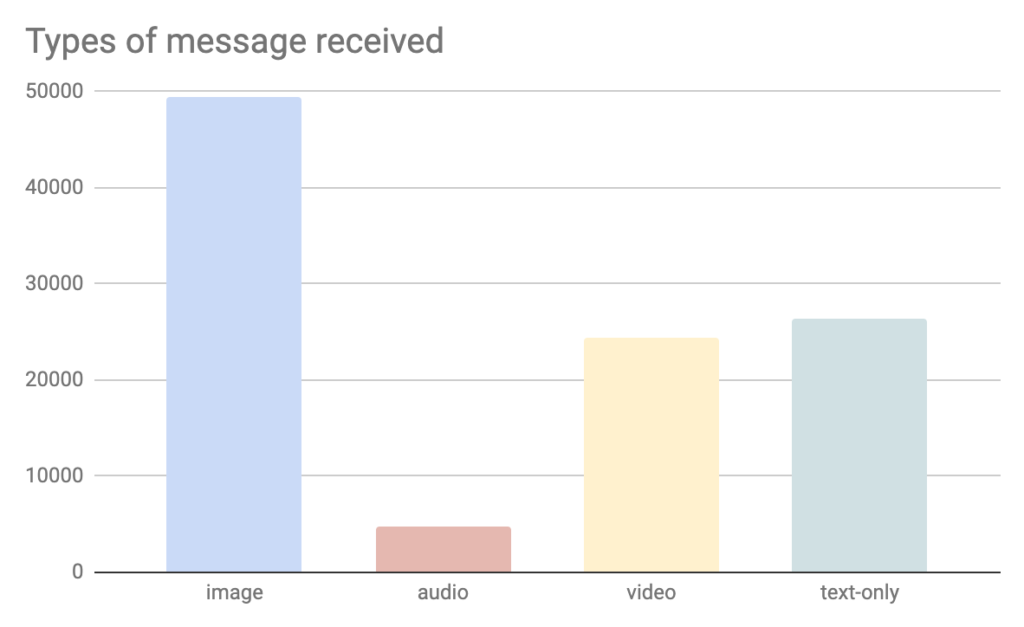 First Draft Executive Chair Claire Wardle said: “These types of collaborative projects are hard. It took multiple meetings, design sessions and trainings to get the project off the ground. Seeing these results emerge during the evaluation process was so heartening. At a time when we’re focused on the size of the challenges posed by misinformation, Comprova shows what is possible if different groups work together.”

Daniel Bramatti, the President of Abraji (Brazilian Association of Investigative Journalism) said, “This year we will not have elections in Brazil, but we can see that politically motivated groups continue to drive the dissemination of misleading content. The Comprova project will provide a public service by analysing and combating this trend.”

Comprova was managed by Abraji, designed by First Draft and supported by the Google News Initiative and the Facebook Journalism Project. 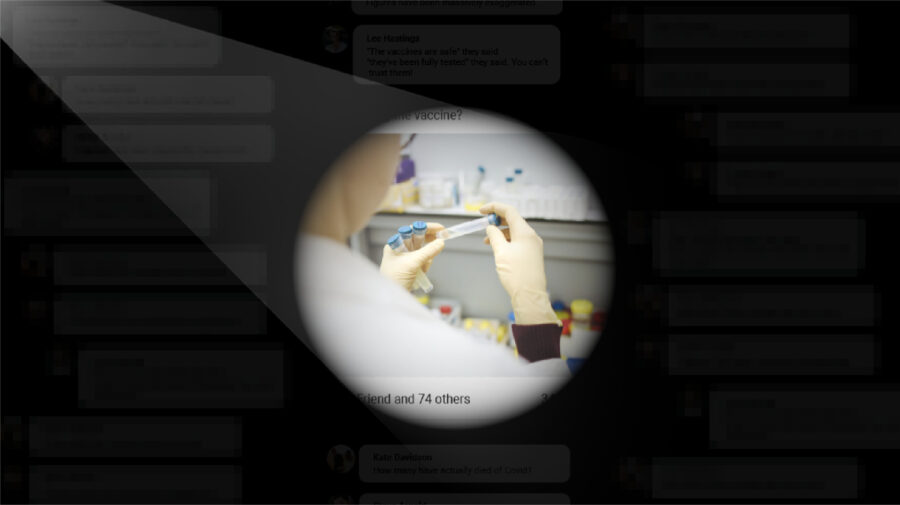 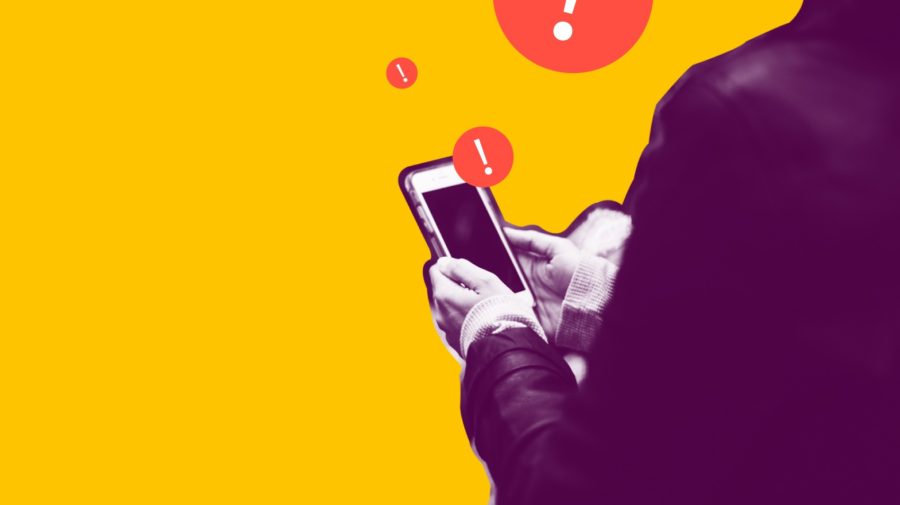 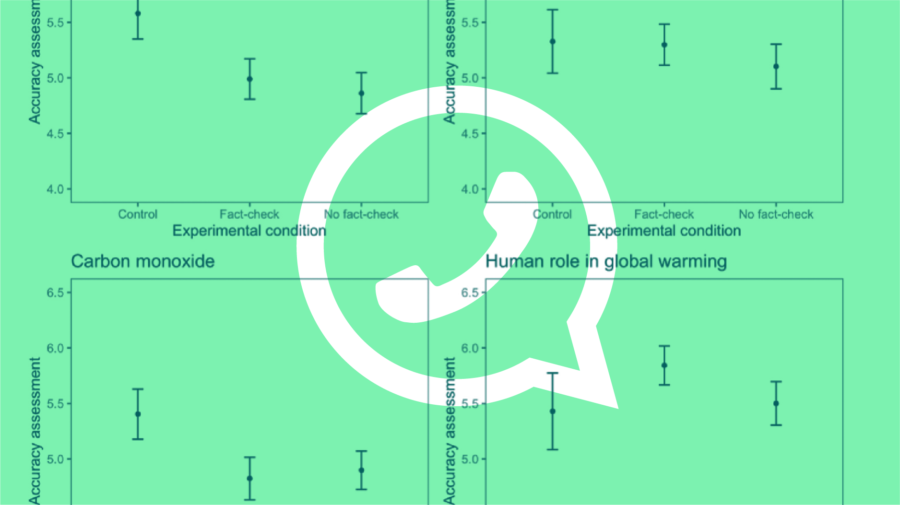