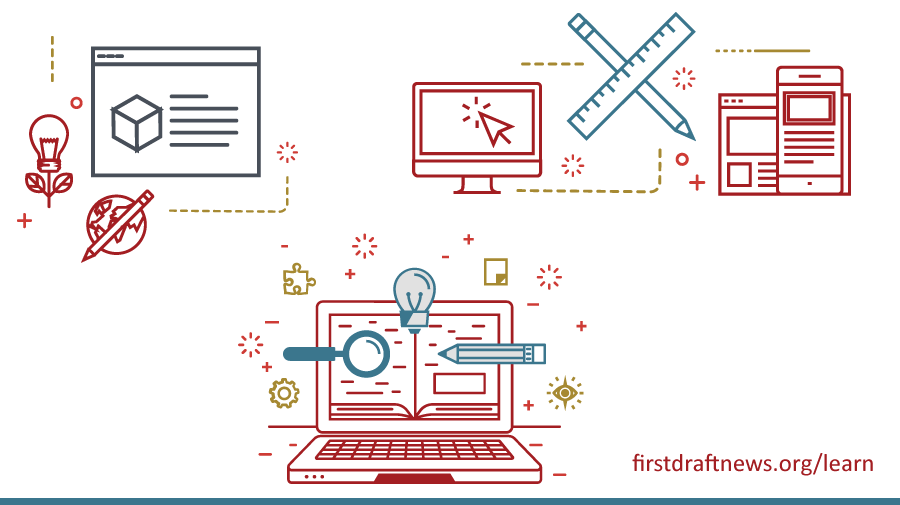 Our online verification trainings are designed for newsrooms, journalism classrooms and the public 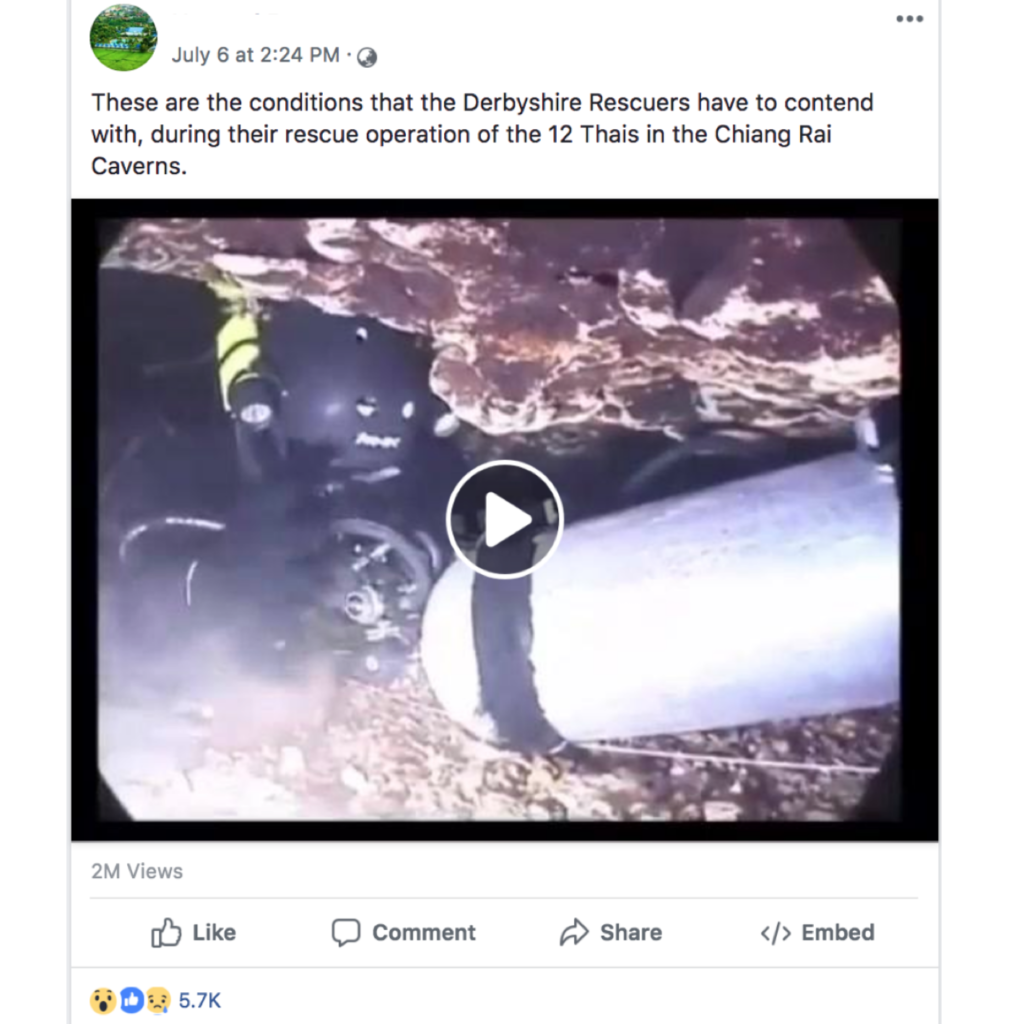 The July rescue of 12 Thai soccer players and their coach trapped in a cave attracted global attention, with many photos and videos of the rescue shared millions of times. The video to the right – ostensibly of the team’s rescue – was viewed widely across online platforms. However, it is actually footage of a cave dive in Wisconsin from 2012. Storyful, a First Draft founding partner and verification agency detailed fakes like this and others that emerged about the Thai cave rescue. But how many journalists and journalism students working today know the steps to take to verify and identify the original footage?

First Draft’s online courses are built to bridge the knowledge gap some newsrooms and classrooms have with a 5-unit course for working journalists and college classrooms, and a 1-hour course for newsroom managers and others interested in verifying information online. The courses are currently available in English, Spanish and Brazilian Portuguese; by the beginning of next year, the courses will also be in Arabic, French, German, Indonesian, Italian, Japanese, Korean, and Russian languages.

Take and teach the courses

Dr. Carrie Brown, director of the Social Journalism master’s program at City University of New York, used First Draft materials in her class on advanced reporting. She said that the interactive exercises helped students prepare for real-world projects like Electionland and Documenting Hate.

“It’s hard to find a really good example that students can work with that isn’t so hard, but also not super easy,” said Brown. “With this course, they can actually get the practice going through the checklist and doing all the steps.”

Associate Professor at Francisco de Vitoria University Myriam Redondo has also used First Draft’s observation challenges in her course on information management in social networks. She said that, like Dr. Brown, she struggles to find real-life examples in which her students can practice their verification skills.

“Maybe one day you see a story you like, but then when you take it to the classroom everyone knows it’s a hoax,” Redondo said. “I tried First Draft interactives and then used them in my classroom.”The online courses offer a combination of video tutorials, case studies and hands-on activities. They are designed to provide working journalists, professors and students with a solid foundation in image and video verification, and detail tools needed to investigate the authenticity of a social account.

Instructors can enroll all of their students and track student progress. Alternatively, they build their own course from First Draft resources; each unit has resources that can be downloaded individually and incorporated into personal curriculum. Organizations have used the discussion prompts for brown-bag lunches. First Draft also offers video conferences for newsrooms and classrooms to support and extend course learnings.

All of First Draft resources are free to use and incorporate into any trainings and are available under Creative Commons license.

Take and teach the courses