The first six months of the pandemic, as told by the fact checks 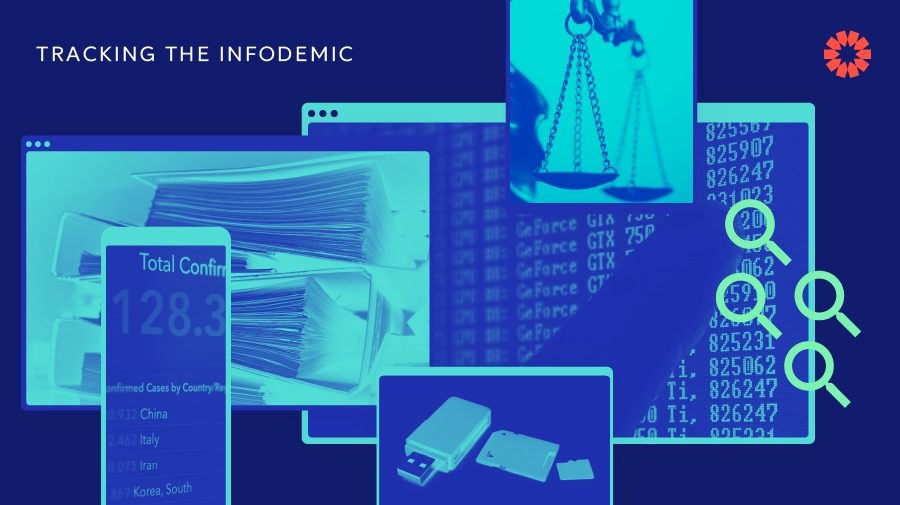 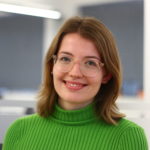 First Draft has analyzed 9,722 fact checks to tell the story of pandemic misinformation through the work of those fighting it.

On January 15, Philippines-based outlet Rappler debunked a claim circulating on social media that a case of Severe Acute Respiratory Syndrome (SARS) had been reported at a mall in Mandaluyong City, outside Manila. This article would be the first out of thousands of fact checks relating to the new coronavirus since the beginning of 2020, which First Draft has analyzed to tell the story of pandemic misinformation through the work of those fighting it.

The output of fact-checking organizations rose rapidly at the end of January as news of the outbreak in Wuhan began to emerge and the prospect of it spreading globally grew. They then ramped up their coverage even more rapidly as we headed into March, as cases began rising around the world and governments began taking action to stop its spread. 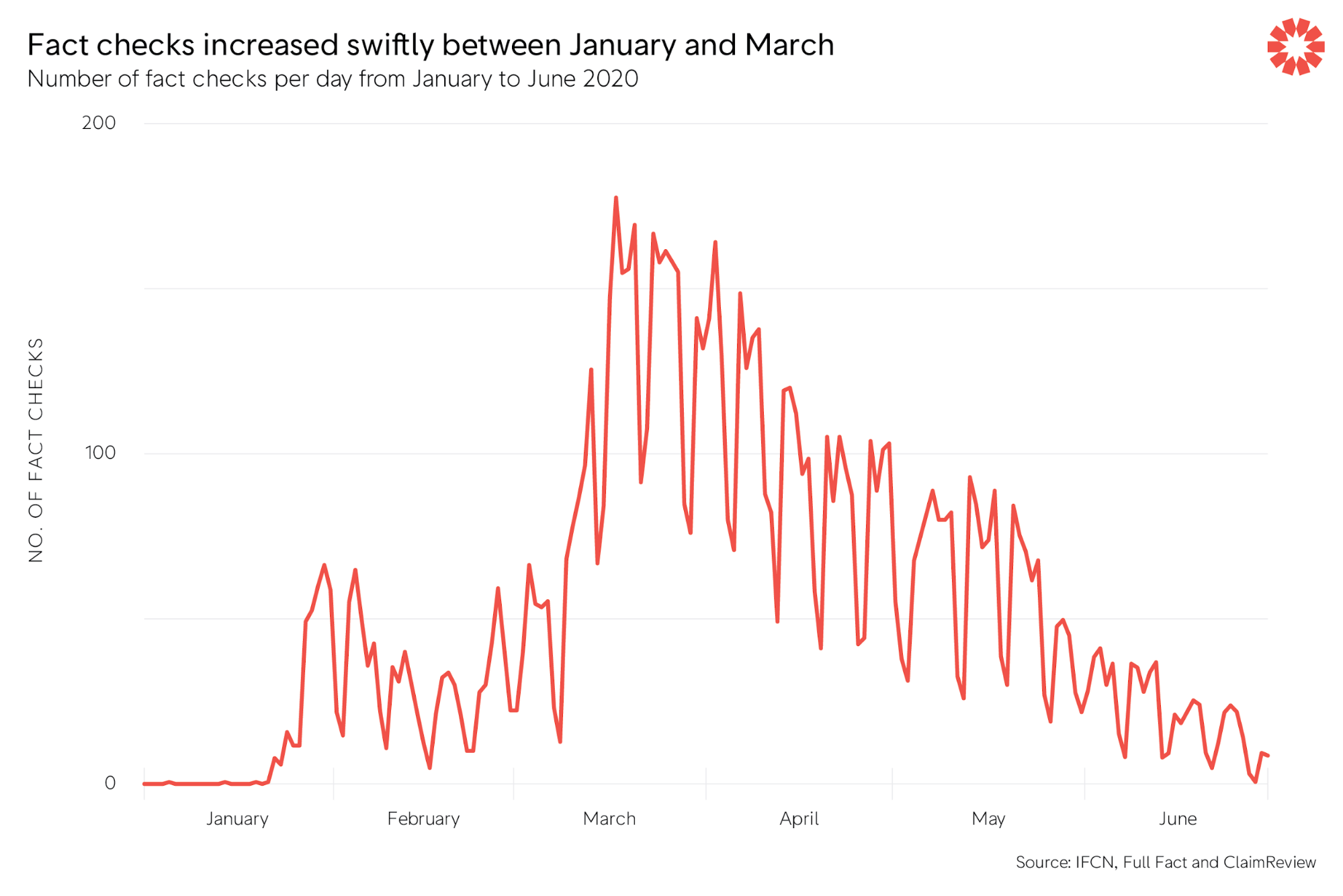 Our analysis also looked at the different kinds of fact checks produced over the course of the first six months of the pandemic. In February, social media was awash with speculation about the origins of the virus and its properties, echoing the conversations happening in traditional media outlets, as much around the virus and the disease was unknown. Fact checks about the virus’ origin came at the highest rate during this time. Fact checkers were also responding to a relatively high number of conspiracy theories, many of which spread baseless claims such as that the virus was created in a lab as part of a bioweapons program.

As Claire Wardle, First Draft’s US director, told the UK Parliament during a session on coronavirus misinformation: “It’s easy to dismiss conspiracies, but we have to understand why they’re taking hold.

“There isn’t a good origin story for the virus, and so this information vacuum is allowing misinformation to circulate.”

We have explored this issue in detail in our report on ‘data deficits’: situations where there are high levels of demand for information about a topic, but credible information is in low supply. This difficulty affects fact checkers all the more because of the lack of confirmed information about the virus. They are unable to point to evidence that didn’t exist at the time and remains patchy to this day.

As we moved into March, the trends in fact checking shifted. One type peaked during the month, addressing a misinformation trend that was exploding in encrypted chat groups and other private online spaces.

Gargle salt water. Blow hot air from a hairdryer. Hold your breath for ten seconds. As the outbreak spread across continents, many debunks responded to a torrent of false claims about home remedies, self-diagnostics, effects and signs of the disease. When so little was known about the virus, people sought to understand how it could affect their health and that of their families, and crucially, what they could do about it. False cures and treatments spread quickly and widely. Many were ineffective at best and harmful at worst.

Concerns about food shortages also fueled an uptick in fact checks about “public preparedness” through February and March. These fears led to a spate of false claims, including groups looting supermarkets or old pictures purporting to show currently empty supermarket shelves. The number of fact checks on this topic peaked in April, as global trade routes picked up again and food stores remained open.

Virus transmission — claims about how the virus spreads and how to stop it, including  using certain types of protective equipment or cleaning — peaked in March but remained relatively steady until June, although the total number of fact checks on this topic  was lower than in many other categories.

Fact checks in the “Public Authority” category also reached a high point in March as governments around the world introduced lockdowns and other social distancing measures. 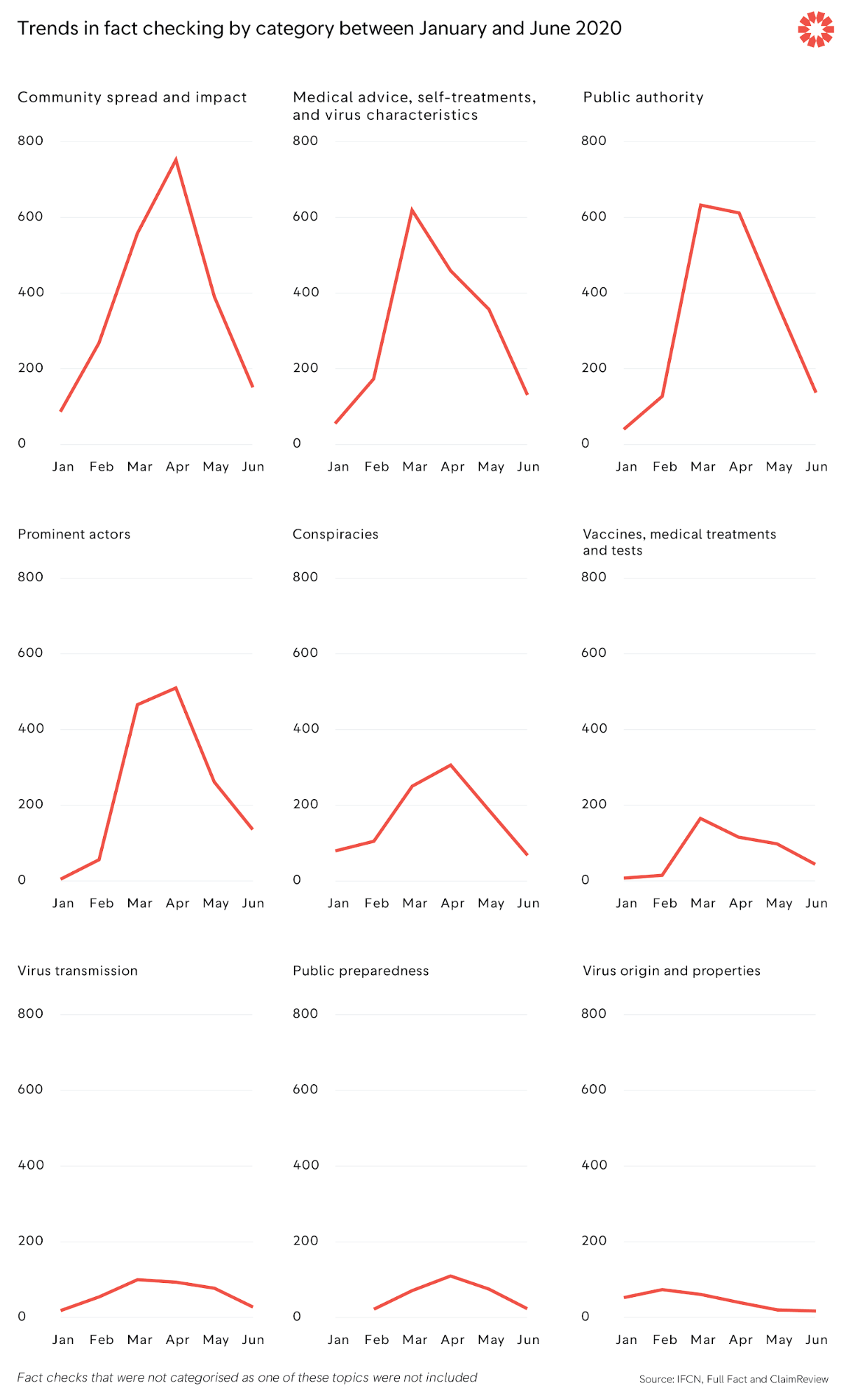 Around this time, text messages circulated on WhatsApp claiming to have inside information that lockdown was about to be imposed. A particularly memorable example of misinformation in this category involved the claim that helicopters were spraying disinfectant over cities to fight the virus. Fact checkers in Sri Lanka, Germany, Guatemala, Taiwan, Poland, Argentina, the UK and several other countries dealt with this claim, sometimes even identifying the same number of helicopters.

As Poynter said at the time of this rumor:

“This is a perfect illustration of what “infodemic” is. … Just like viruses, misinformation knows no borders, especially during such a crisis.”

As the months wore on, the topics that fact checkers addressed increasingly drew on complex political and social phenomena.

Community spread and impact was the category with the highest number of debunks over the entire period, reaching a peak in April. False claims and baseless accusations that certain communities were spreading the virus, whether intentionally or not, were circulating widely. Many researchers noted an uptick in Islamophobia and racism in coronavirus mis- and disinformation online as internet users pointed the finger at specific communities. Old videos and images taken out of context were used as false evidence of gatherings or other behaviors that could lead to community spread.

Prominent actors were also on fact checkers’ radars during this time. After a number of politicians and celebrities caught the virus, claims that figures such as Donald Trump might also have contracted it gained traction, as did misinformation about politicians and other public figures breaking lockdown measures. Also in this category were claims about pharmaceutical companies and leading figures in the healthcare industry, who have come under unprecedented scrutiny since the outbreak. 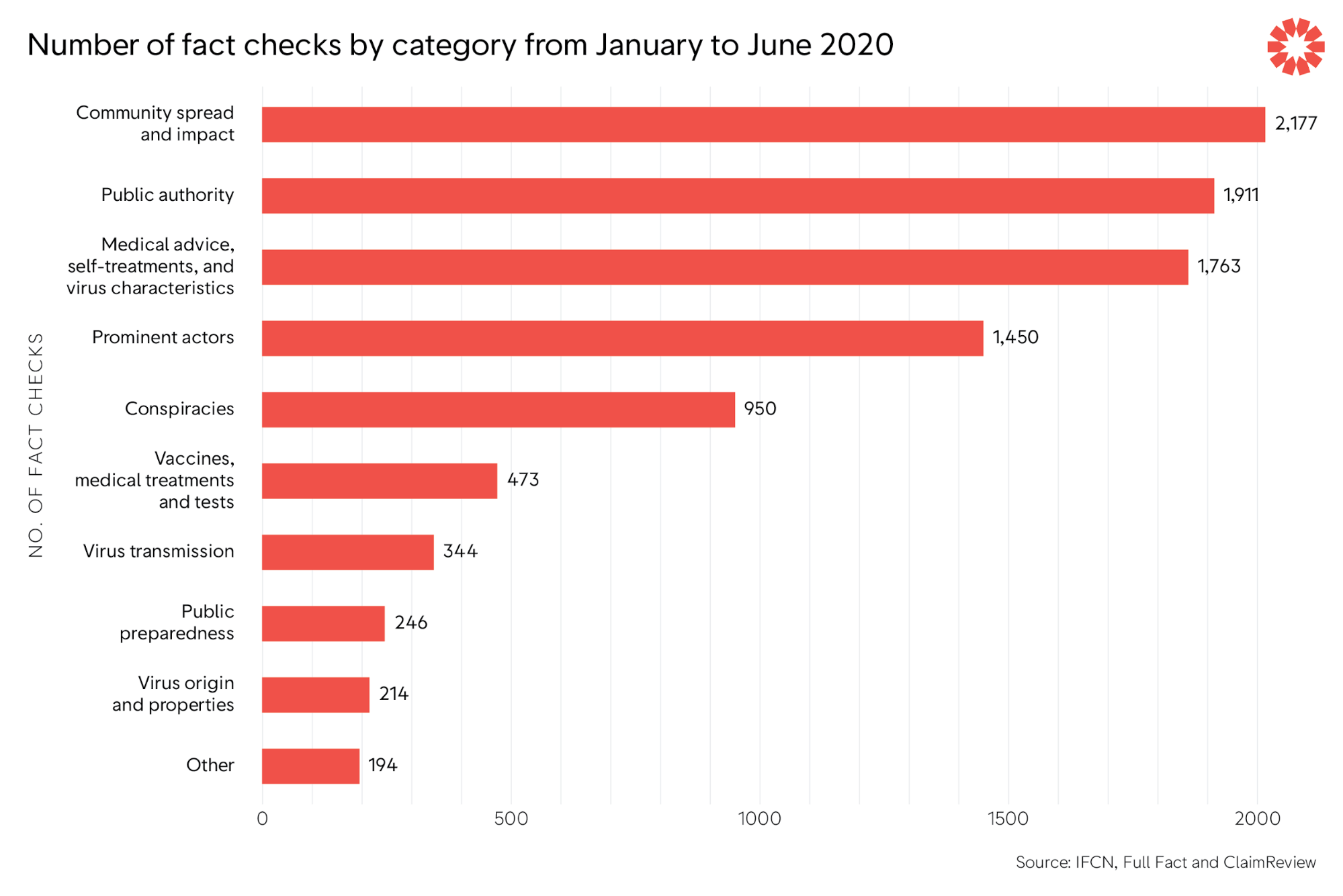 Figures such as Microsoft founder Bill Gates and National Institute of Allergy and Infectious Diseases head Anthony Fauci emerged as targets for misinformation, claiming that they were profiting from the pandemic, or locating them at the center of vast and intricate conspiracy theories. Users pointed to records of funding for research projects as proof of vested interests and payoffs, often failing to grasp the mechanisms of scientific research funding.

While conspiracy theories have been an attention-grabbing and concerning aspect of the pandemic, the number of fact checks addressing these topics was lower than many other categories in the dataset and peaked in April. This could reflect the fact that many conspiracy theories rely on similar features with minor variants, so do not prompt new debunks every time one gains momentum.

The pandemic continues to be a crisis of unprecedented scale, and a major challenge to the fact-checking industry. The job is far from done, as new challenges such as second waves and the eventual rollout of a vaccine will come with their own new strands of misinformation that require a robust response. This is a moment to look back in order to prepare for what’s ahead.

How we conducted this analysis

In the process of conducting this research, we gathered 9,722 fact checks from three sources — members of the International Fact Checking Network, organizations using Claim Review, and Full Fact’s API — in order to understand how fact checkers responded. You can read the full methodology for a detailed explanation.

In partnership with the University of Sheffield, we attributed each fact check to one of nine categories listed below to capture the range of misleading or false claims made about the virus. We also gathered data about language and social media interactions. The nine categories to which each fact check was assigned were defined by the Reuters/Oxford Internet Institute in “Types, sources, and claims of COVID-19 misinformation,” published on April 7, 2020.