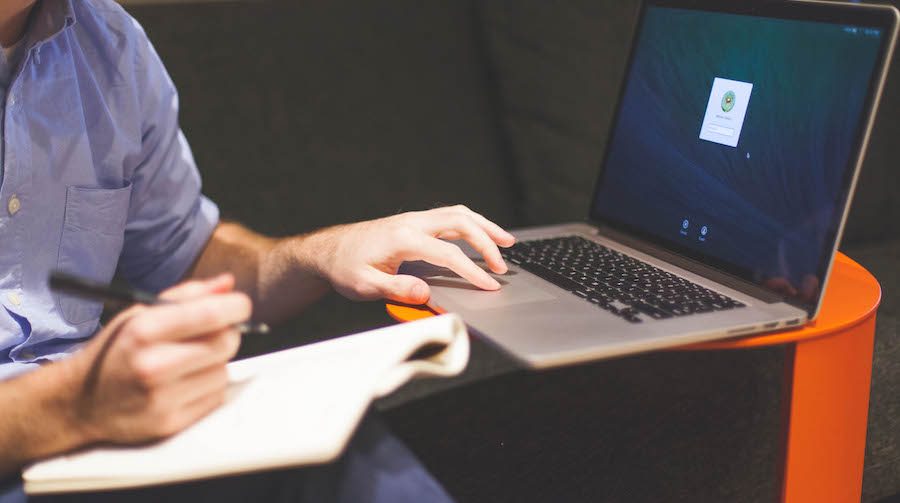 One in four UK journalists believe it is “justified” to publish unverified information, according to new research from the Reuters Institute for the Study of Journalism.

The survey of 700 working journalists, titled Journalists In The UK, showed that while 75 per cent of respondents believe publishing unverified information is “never justified under any circumstances”, 24 per cent said the practice was “justified on occasion” and one per cent said it was “always justified”.

“Some rank-and-file journalists are producing, processing, or editing 50, 60, or even 75 stories per week,” wrote Neil Thurman, author of the study and professor of communication at LMU Munich, “a figure rising through the 100s, 200s, 300s, and even as high as 500 if we include junior and senior editors.”

With such a high workload “there are genuine concerns about whether standards of verification, one of journalism’s fundamental principles, can be maintained,” he wrote in the study. 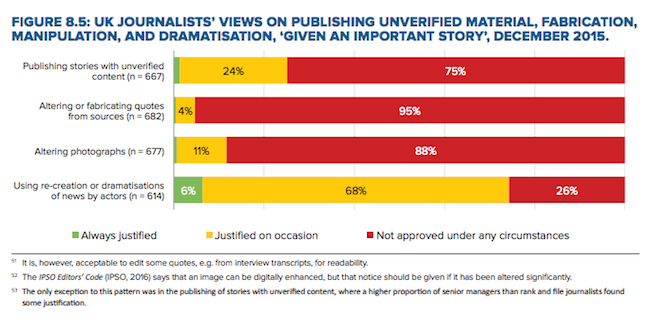 The research also asked for views on other ethical issues in the context of ‘an important story’. Screenshot from Journalists In The UK/Reuters Institute for the Study of Journalism

“A significant number of journalists feel the time they have to research stories has decreased,” Thurman told First Draft, while new formats like liveblogs have meant there is “more of an acceptance you can put stuff out there that hasn’t been verified and let the audience feed back if there’s any truth in it”.

Respondents said internal pressure to meet targets and external pressure to keep up with the competition have both increased in recent years, he said, which “seems to have led to a lowering of standards in verification, from that qualitative evidence”.

Opinions varied between industries: 17 per cent of broadcast journalists believed publishing unverified information was acceptable in some way, compared to 24 per cent of print journalists. No “statistically significant difference” was found between those working online or offline.

Seniority also played a role in respondents’ willingness to bend the rules, as a third of senior managers found it acceptable not to verify information – a finding Thurman described as “puzzling” – compared to 18 per cent of junior managers and 27 per cent of “rank-and-file” journalists. 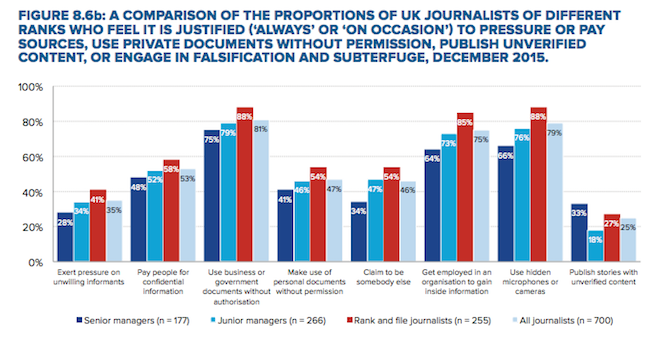 “These sort of values are very important to convey in a top-down manner,” he said. “If staff have a feeling that their managers or editors think it’s acceptable to publish unverified information that will have a detrimental effect on standards in the organisation.”

Trust in the UK media continues to recover from a historic low of 22 per cent in 2011, following the phone-hacking scandal, but still remains low compared to many other countries.

Despite hedging language and the phrase “this cannot be independently verified” accompanying many unverified reports or pictures, research from EMHub (a First Draft coalition member) in 2014 found audiences derided a lack of verification from news organisations.

“Long term, credibility is damaged in the eyes of audiences by lower standards of verification,” Thurman said, while being clear not to blame journalists who are “working longer hours with fewer resources”.

“In the survey, the journalists tell us they think that the public perception of journalism has fallen in the public’s eyes,” he added. “There’s a number of reasons why that might be, but it might also be a result of the perception that accuracy isn’t what it used to be.”

Check out more reads and resources on verification in the Verification section, including the First Draft visual verification guide to download and print out