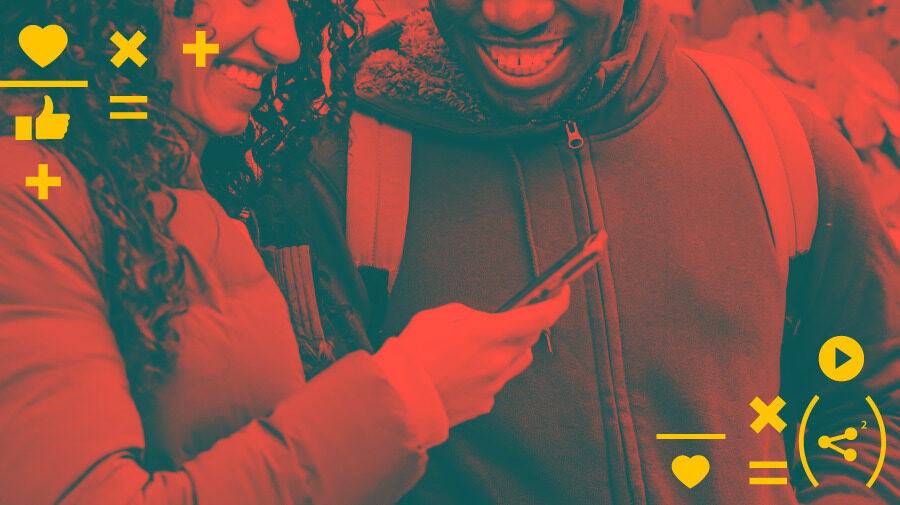 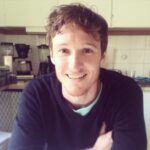 Thousands of Instagram posts using hashtags such as #climatehoax and #globalwarmingisfake have garnered at least half a million views, likes or comments on the platform.

This article is the sixth in our Digital Investigations Recipe Series, a collaboration between the Public Data Lab, Digital Methods Initiative, Open Intelligence Lab and First Draft. Please read our example investigation below first and then refer to the recipe How to map the spread of misleading memes across the web for a step-by-step guide on how to conduct a similar investigation. 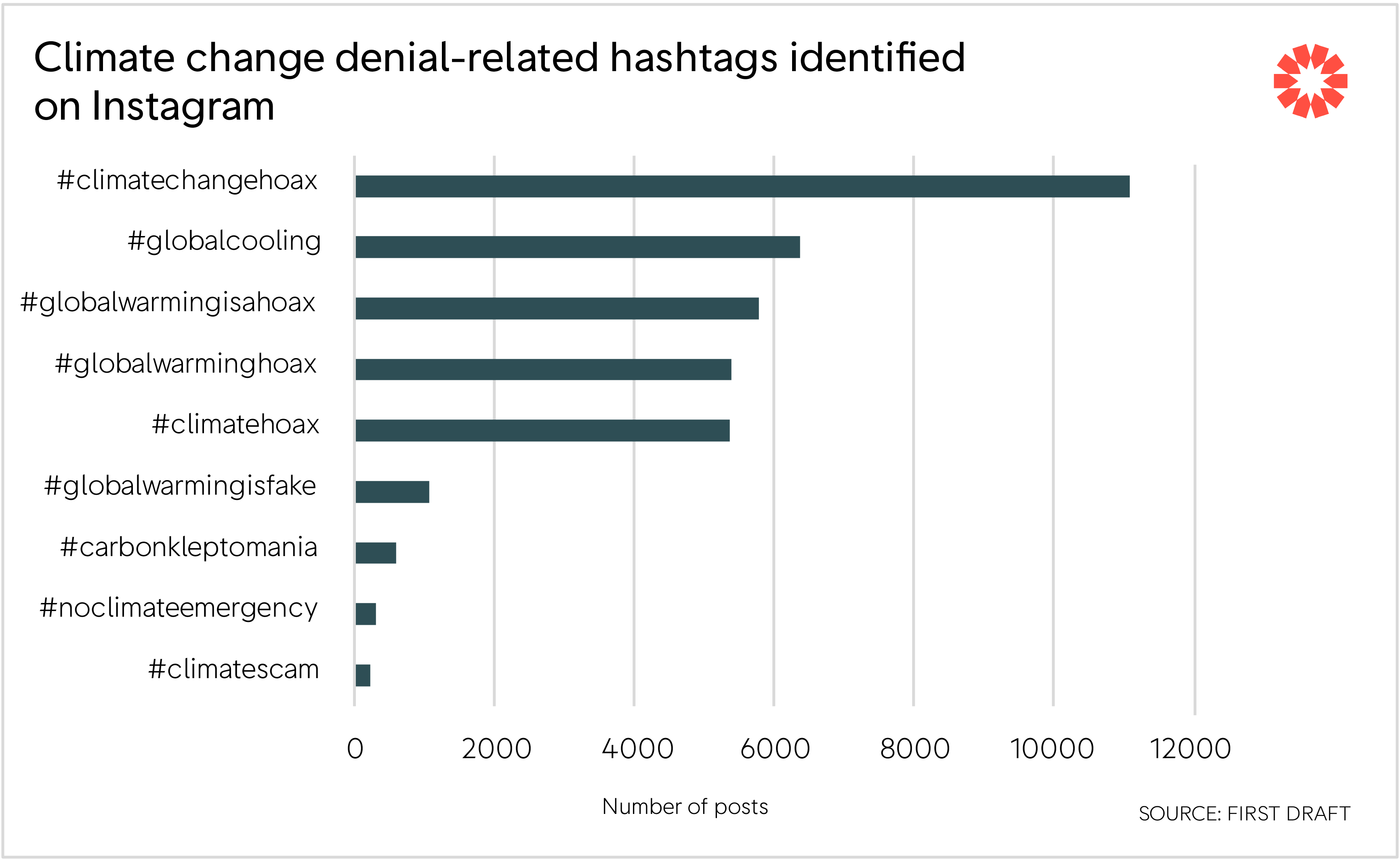 We found many of the most popular posts denied the existence of climate change, challenged the idea that it is caused by humans, claimed the world was entering an era of global cooling or that global warming was part of a plot to control the world’s population. Other posts pushed conspiracy theories related to chemtrails (the belief that condensation trails from aircraft are actually airborne chemical or biological agents), the New World Order and the Great Reset, while still more posts hawked misinformation about Covid-19 vaccines.

We manually looked over the top 50 most engaged-with posts from our dataset that contained one or more of these claims or pushed other conspiracy theories — and found that none of those posts had a warning label. Instagram allows users to openly search for hashtags in its search bar function. Hashtags referencing other matters of public importance, such as #vaccines, have received additional filters, encouraging users to seek out reliable information (in this case through the US Centers for Disease Control and Prevention). But there are no such filters in place for the climate change denial hashtags First Draft identified; they remain easily and openly searchable.

As part of our analysis, we also investigated misleading climate change memes and tracked them across the web. These bite-sized images overlaid with text, at times innocuous and playful, can also be powerful tools in the “information warfare” operations of governments and bad actors around the world. They cater to our emotions, “hack” our attention and are easily shareable, making them a persuasive package of misinformation.

Collectively, memes and images accounted for nearly 80% of the posts in our dataset. We filtered specifically for misleading and polarizing climate change posts with memes that were published between January 1 and April 10. From these posts, we selected the top 50 most engaged-with memes.

The 50 most engaged-with polarizing and misleading climate change memes in the dataset. Screenshot by author.

To track the spread of these memes on the web, we used the “Detect Web entities and pages” feature of the Google Cloud Vision API to reverse image-search the memes (you can find more information on these features in the recipe How to map the spread of misleading memes across the web.) We found that our small sample of memes appeared on 82 distinct domains. Many of the memes appeared on Twitter, Facebook and Reddit, which is unsurprising given the size and popularity of the platforms. Reddit, for its part, has long been a meme factory. In 2016, politically divisive memes and slogans were beta tested on message boards such as  r/The_Donald (the board has since been banned) before being circulated across other social media platforms in the lead-up to the US presidential election. Our findings suggest that the same beta testing may now be happening with climate change content.

Memes in our dataset also frequently appeared on platforms such as Pinterest, imgflip, memegenerator and ifunny.co. Pinterest’s position near the top is noteworthy because its role in the flow of misinformation is often overlooked. The fact that some of the memes we discovered have found a home on Pinterest, despite the platform’s clear guidelines against conspiracy theories and misinformation, merits further investigation. The presence of imgflip, memegenerator and ifunny.co reminds us of the importance of monitoring smaller message and image boards. They are not only home to misinformation but also to extremist content.

Memes are becoming ever more popular, their spread facilitated by photo editing tools available on your phone. Social media platforms may be improving their ability to automate the detection of misleading text-based content, but artificial intelligence still has a long way to go before it can seamlessly parse the images, text and, importantly, cultural context that make memes such a potent form of information.

You can use the recipe How to map the spread of misleading memes across the web, which provides a step-by-step guide on how to use the tools and methods in this analysis to do your own investigation.