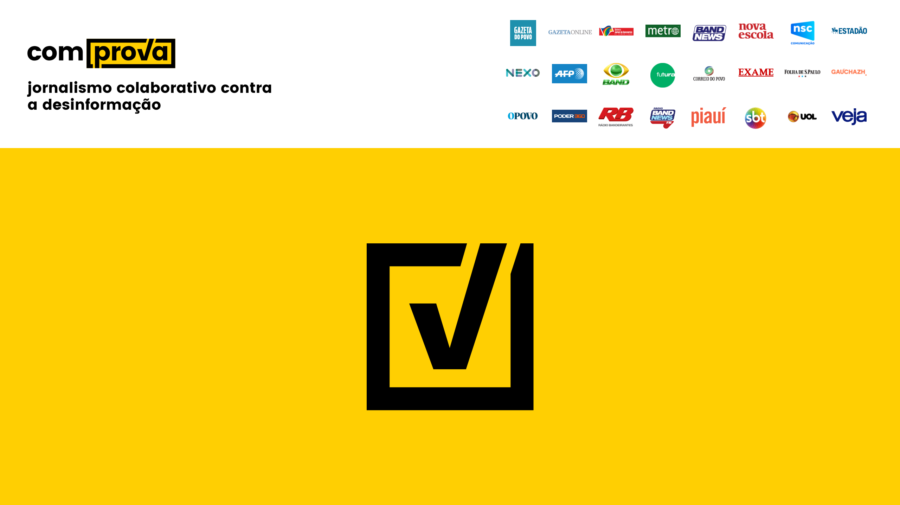 São Paulo, June 28 – The Information Disorder Project and First Draft are proud to announce Comprova, a project bringing together journalists from 24 different Brazilian media companies to identify and explain rumors, fabricated content and manipulation tactics that might influence the 2018 presidential election campaign in Brazil. Comprova was inspired by projects that First Draft has implemented, like CrossCheck, its award-winning collaborative journalism project in the lead up to the 2017 French election, and partnerships with fact-checking agencies during the June 2017 UK and September 2017 German elections.

The coalition developed the project name, workflow and policy guidelines through a series of meetings earlier this year and will go live with a website on August 6, 2018. For the next five weeks, the Comprova team will be finalizing the collaborative process and focusing on coordinating outreach to engage the public and galvanise their support through the project’s social media and WhatsApp channels.

Comprova is under the coordination of Abraji, a Brazilian investigative journalist association, and has the support of Projor, which reports on the media and works to strengthen journalism in Brazil. The Google News Initiative and Facebook’s Journalism Project have helped to finance the project, and both companies are providing technical support and training for the teams involved.

“Abraji considers that only by joining forces we can face the challenge of misinformation,” said Daniel Brammatti, president of Abraji and journalist at O Estadão de S.Paulo. “This level of collaboration between media competitors is unprecedented in Brazil, and we’re very proud to be part of this initiative.”

Comprova’s aim is to identify and undermine the sophisticated manipulation and amplification techniques we are now seeing around the world. These tactics require journalists to develop new, complex skills, and all participants in the coalition will benefit from continuous training and the opportunity to share knowledge, tips and expertise with each other across newsrooms. The workflow has been designed deliberately to encourage collaborative investigation that can continue beyond the election.

Participating newsrooms will work together to find and verify information, and then create visual ways to publish debunks like shareable images, GIFs and short videos designed specifically for mobile. The innovative aspect of the project is that no report is published unless at least three of the coalition partners agree. There is no central newsroom. Instead, the reporting is powered by the collective work of twenty-four organizations. Reports will be published on a central Comprova website and then amplified by the project partners who will extend coverage via their own channels and publications, ensuring more Brazilians have access to accurate information.

Comprova is designed around mobile technology, and accessibility is a priority for the project. This will be clear from the project website’s design, its emphasis on visuals over text in the presentation styles, its focus on media literacy best practices, and its deep awareness of data costs.

Since Brazil is one of WhatsApp’s largest markets (the last available statistics show 120 million users as of May 2017), Comprova will ask Brazilians to send rumors related to the national elections to a dedicated WhatsApp account, and will utilize WhatsApp Business to respond with correct information that has been researched by members of the consortium. Recipients will be encouraged to share the correct information with their WhatsApp contacts. This approach has been shown to help correct misinformation being sent on the private messaging application.

Another crucial aspect of Comprova will be to only publish investigations on misinformation that has already found a wide reach or has the potential to go viral, so as not to run the risk of giving unnecessary oxygen to otherwise contained rumors.

“The amount of problematic content circulating in Brazil is too much for one newsroom to handle, and there is no sense in different newsrooms duplicating efforts by investigating the same claims and rumours.” said Claire Wardle, a founding member of First Draft and leader of the Information Disorder Project at the Harvard Kennedy School’s Shorenstein Center. “By training newsrooms and joining efforts, we believe a project like this can have a lasting impact in Brazil.”

Information Disorder Project
The Information Disorder Project is a project of the Shorenstein Center on Media, Politics and Public Policy at Harvard University’s John F. Kennedy School of Government. The project uses research-based methods to fight mis- and disinformation online. Additionally, it provides practical and ethical guidance in how to find, verify and publish content sourced from the social web.

First Draft
First Draft specialises in trainings and collaborative journalism projects. It powered the French CrossCheck project in 2017 and continues to innovate around technology to support projects like Comprova globally.

Abraji
Abraji was founded in 2002 to promote techniques for investigative reporting and safety of journalists and communicators. Among its pillars are protecting freedom of speech, promoting access to public data and information, and providing professional development.

Google News Initiative
The Google News Initiative (GNI), is Google’s effort to help journalism thrive in the digital age. The GNI signifies a major milestone in Google’s 15-year commitment to the news industry, and brings together everything it does in collaboration with the industry—across products, partnerships, and programs—to help build a stronger future for news. The GNI builds on these efforts and deepen Google’s commitment to a news industry facing dramatic shifts in how journalism is created, consumed, and paid for. It’s focused on three objectives: Elevate and strengthen quality journalism, evolve business models to drive sustainable growth, and empower news organizations through technological innovation.

Facebook Journalism Project
The Facebook Journalism Project was created in January 2017 to establish stronger ties between Facebook and the news industry. FJP is dedicated to ensuring high quality journalism thrives by delivering value through new products, partnerships with the news industry and programs. FJP works in three ways: collaborative development of new products; providing tools and trainings for journalists; and providing tools and trainings for people.