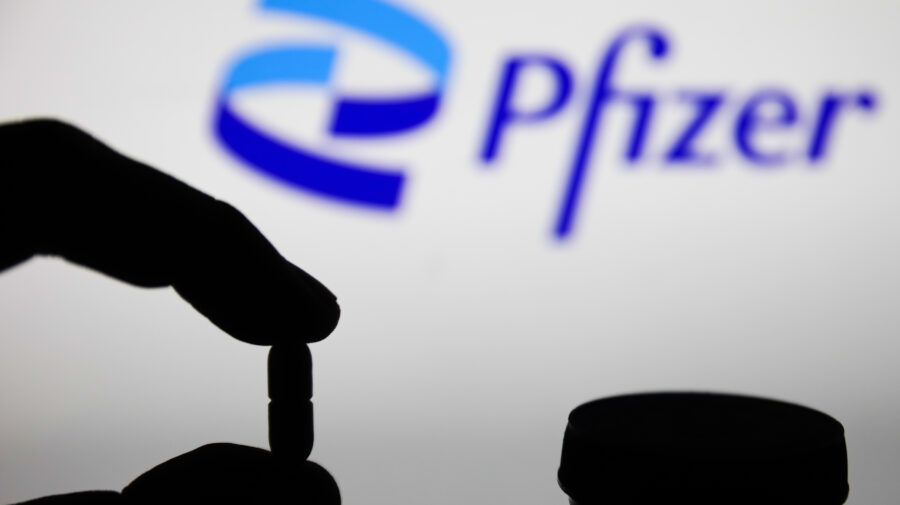 Pfizer is developing an experimental Covid-19 antiviral pill, Paxlovid, which has been met with misinformation. (Photo Illustration by Jakub Porzycki/NurPhoto)

Last week Pfizer published interim trial results for its experimental Covid-19 antiviral pill, Paxlovid, which the company said reduced the chance of hospitalization or death for some adults by almost 90 per cent. The US pharmaceutical giant’s analysis included 1,219 adults who had been diagnosed with mild to moderate Covid-19 and who had at least one risk factor for developing severe disease.

First Draft examined Facebook posts by Australian news publishers covering this story and found that misinformation and misunderstandings flourished in the comment sections, with potential audiences in the hundreds of thousands over the past week.

Facebook users questioned the efficacy and relevance of Covid-19 vaccines in light of the emergence of the antiviral pill, questioning the need for the pill if the vaccine is effective. Others shared the misleading claim that the Covid-19 vaccines are as not effective as reported if a pill could cure the disease or alleviate the condition.  While the antiviral pill may be helpful for those diagnosed with Covid-19, vaccines reduce a person’s chances of contracting it.

Many commenters incorrectly drew links with the anti-parasitic medication ivermectin, describing the Pfizer antiviral treatment as “Ivermectin renamed,” “like ivermectin but more expensive” and “Pfizermectin.” The comment sections became a forum for the misleading promotion of ivermectin as a “safe and effective,” “tried and tested” and “successful” treatment for Covid-19.

The antiviral pill and ivermectin are not the same. The WHO recommends against using ivermectin in patients with Covid-19, except in the context of a clinical trial. Misinformation around ivermectin as a Covid-19 treatment has led to real-world harm.

Negative sentiments about profits to be made from the medication were also common, with comments speculating this is a new stream of revenue for Pfizer after making the vaccines.

First Draft reported on similar narratives circulating in October after the Merck antiviral pill molnupiravir was approved in the UK. Explainer stories and prebunks addressing the respective roles of Covid-19 vaccines and treatments could prevent data deficits that lead to the spread of misinformation.

Discussions taking place in comment sections have the potential to shape attitudes and behaviors. Previous First Draft research has highlighted a need for greater content moderation by publishers as well as the gap between Facebook’s misinformation policies and actual outcomes. — Lucinda Beaman