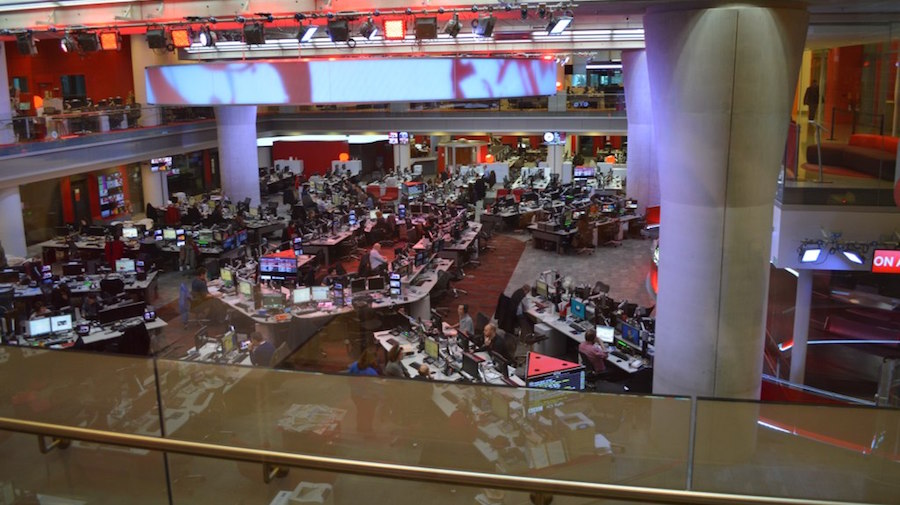 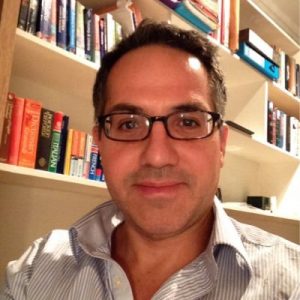 In this regular feature we hope to shine a light on the work of our partners and other leading initiatives around the world in the fight against misinformation. Mark Frankel, social media editor at BBC News, joins us this time to talk trust, truth and Twitter.

The first thing I do when I wake up is grab my phone, quite frankly, as I’m sure anyone in my world does. I have various alerts which I know are likely to interest me and aggregators like Nuzzel and Flipboard that I might open to flick through articles which have been widely shared. I also set up lists for myself on Twitter to see what’s being talked about from a tech or viral story perspective and I’ll look at the BBC News app and competitor sites to see what’s doing the rounds.

I also get an internal note on content that is being most widely read or shared or watched and I’ll have a look at our own premium pages and accounts to see where the traffic spikes are and where we might want to add a bit of extra value. My team create a social buzz of stories, so I’ll look at that and a series of external links to stories that are trending, generally sourced from Reddit or Newswhip or different aggregator sites, and that normally sets me up pretty well.

What are your top three tools or browser plugins for this kind of work?

It depends on the day. This morning I woke up to a bunch of environment agency alerts on Twitter, and knew weather was going to be a focus for our UGC team: how the emergency services are handling the situation or how people are coping with their commute and where people were having to relocate. Our team might be looking at mapping or geolocated content around the regions of the country that were worst affected and who’s tweeting or posting Instagram content from those areas. You can find tweets from a story using the co-ordinates from Google, or compare landmarks in a picture with satellite images. So even if you don’t have a dashboard like Banjo you can still do it through Google.

The day before we were all talking about Donald Trump’s press conference and the extent to which allegations compiled in a dossier published by BuzzFeed were accurate or not. There was a big focus on 4chan and whether it was or wasn’t part of the story. It ended up being a bit of a red herring but that required some deeper digging. Each day you’re presented with a different set of propositions which are going to push you down one direction or another.

What was the most challenging story you’ve ever worked?

Challenging stories happen all the time and they’re difficult for all kinds of reasons. A story like an earthquake can be challenging because it’s happening in a remote part of the world where you don’t have access to eyewitnesses or social media content or you don’t speak the language, but you know you need to get to it quickly. We have to work with our language services and we’re very lucky at the BBC because we have a broad range of expertise, so even if we’re not able to geolocate people very quickly we’re often not far away from colleagues who will have contacts in that part of the world. And we’ve got BBC Monitoring who are looking at local reports in different languages, so it isn’t always about pulling up a map and looking at geolocated tweets or Instagram or YouTube posts.

On another day it could be about a fake news story or a story that is incredibly complicated because people are asserting all sorts of things and the internet is awash with rumour and counter-rumour. What you’re trying to do there is make sense of a story for your audiences by tracking where the information on that particular angle might come from and how it’s been passed from one person to another. That’s a mixture of good journalism – of using your sources and the expertise around you – and using technology dashboards like Spredfast or other means to go back and try to discover where that conversation first emerged. But that’s a different kind of challenge.

What would be the perfect set-up for an organisation working with eyewitness media?

In an ideal world you’d have people who are skilled in the verification techniques of recognising what is real and what is not, and recognising how things can be passed around and people can be duped. Then you’d have good journalists who understand the makings of a good story and have the journalistic nous to bring those things alive in a way that’s interesting, digestible and shareable. Finally, language skills are the icing on the cake because without it you can only get so far if things are happening outside your area of expertise.

Don’t trust everything you read. I would strongly advise people to follow the BBC, obviously I would say that, but the kind of content we produce is checked rigorously and we take the relationship with our audience very seriously. We don’t peddle rumour, we tend to stand back and wait for the facts to emerge before we go with a story. Beyond that, having some browser extensions that allow you to make some of these checks for yourself. First Draft just launched NewsCheck, which I think is great, as it reminds you that what you’re seeing is not necessarily going to be true unless you’ve gone through various checks.

If you had $5 million dollars, what would you do tomorrow which you think would help solve these problems?

Realistically, the issue is less about the might of any one individual but the power of algorithms and systems. There’s very little that I can do to influence how people share stuff that might not be real, or talk about things in a way that might not be reflective of the truth. An algorithm can create its own logic and its own dynamic in how people come to experience, share and relate to news. And I’m not sure $5m is enough to tackle that.

I’d like to have some ability to produce a system that would enable people to feel they could trust and enjoy what they are presented with, simultaneously. So we could create a go-to destination that presented people with news in a way that interested them and was a natural destination point for them. I think the difficulty is that whatever system you create you’re always going to be there alongside those big beasts of social media.

I’m most interested in those projects trying to harness the power of digital networks to encourage people to participate in things locally. One of the challenges we all have is to try to engage people with a constructive dialogue around the things that matter to their lives at a local level. Because a lot of what we’ve seen in recent months is a reaction to people mistrusting their elected representatives in different ways, mistrusting the system, and mistrusting what they’re presented with; so local community-led projects that seek to, in one way or another, connect local citizens with some kind of self-help project. Whether it’s a vote-related issue or an activist agenda with some new development in their community. I’ve seen many different ones in different places and there’s a lot of scope for more of those projects.

On Our Radar is one example of an initiative working with people in Africa who have been victims of trauma, helping them report on their local area. In America there are lots of activist groups working to bring issues to attention as well. My feeling is the currency of those groups is going to be greater as the mainstream media is more under attack. People’s willingness to do something may well be governed by what they can do on a local level.

The best advice I’ve been given – and I would give – is to keep experimenting and innovating and not be afraid to fail. At the same time, everything that you do should have that sense and spirit of conversation at its heart. We should never be thinking of doing anything that was in any way just a broadcasting experience. Everything that we do needs to be responding to some kind of ongoing dialogue that you have with your audience. That’s easily forgotten with social media because people begin to see it as a fourth arm of broadcasting rather than as a constant conversation, which is what it really is.

I don’t think there’s anything you can do that’s easy to disconnect because, if you’re involved to the extent that some of us are, there’s always a story, there’s always an angle, there’s always a reason to stay connected. So I think you have to actually force yourself to put your phone in another room, to go somewhere on holiday where you don’t have internet. You’ve just got to do something that removes yourself forcibly from that surge of information because if you’re anywhere where there’s temptation you’ll never be able to switch off. I find that family is a great switch as my kids aren’t fixated on the news, as they shouldn’t be, and when I talk to them it’s a great opportunity to get away from it. And when I’m with my family it’s an excuse to not be doing it.

This article is an edited version of a telephone conversation.