How journalism schools can train a new generation of fierce fact checkers
First Draft uses cookies to distinguish you from other users of our website. They allow us to recognise users over multiple visits, and to collect basic data about your use of the website. Cookies help us provide you with a good experience when you browse our website and also allows us to improve our site. Check our cookie policy to read more. Cookie Policy. 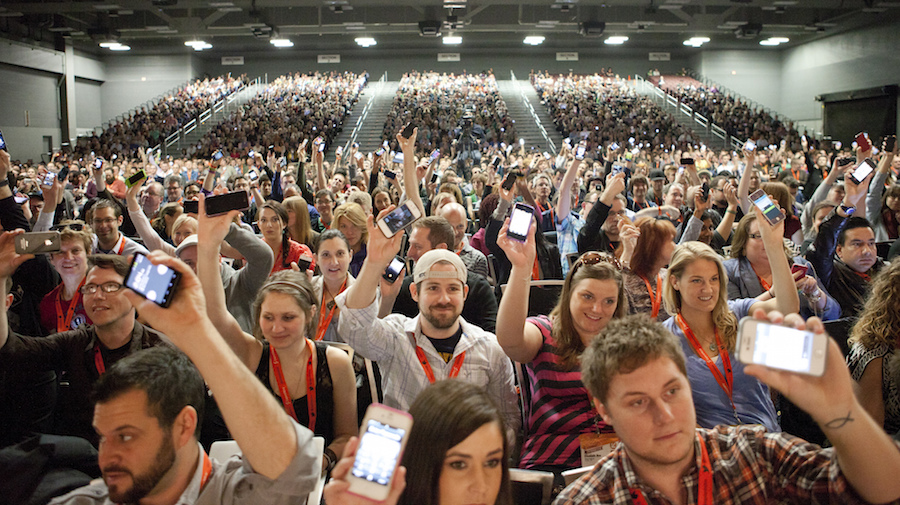 Verification of eyewitness media and social media reporting are critical skills for today’s journalists, but aren't yet a central part of journalism education

Last November journalism Professor Jay Rosen wrote about the key lessons he’s teaching as part of this “digital thinking” course at New York University. About half way through the blog post, titled “How to be literate in what’s changing journalism,” he included a set of skills under the heading of “open journalism”.

Open journalism Including: the verification of user-generated content,networked journalism, crowd sourcing, and social media as reporting tool. The people formerly known as the audience in fruitful collaboration with journalists across the production arc — from story idea to sourcing to finished work.

One year later, while we have seen a few important developments in this space — partnerships like CUNY’s Graduate School of Journalism working with Storyful and the New School’s Journalism+Design program — many of these ideas have yet to gain a solid footing in journalism schools. 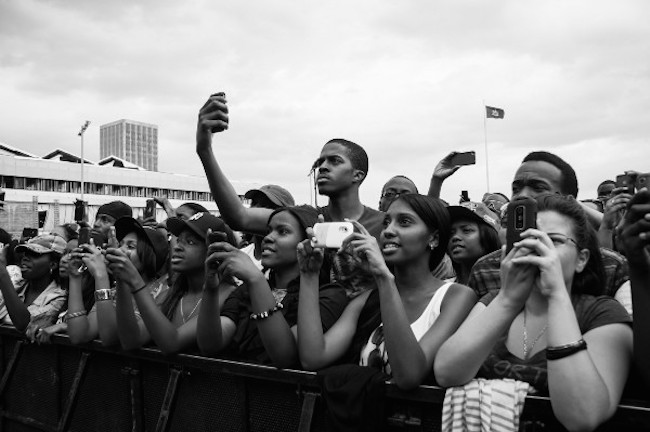 In an informal survey this fall I asked journalism professors in the United States and across the world if they or their colleagues were teaching verification and eyewitness media as a core part of their curriculum. In general, these skills are finding their way into classes sporadically and there is little consistency in how or how much they are being taught.

Roughly a fifth of the respondents said their department had a stand-alone course on verification and eyewitness media. Most faculty reported that these issues and skills were included in other courses, but those courses ranged from entry level to upper level, practical to theoretical.

The survey response was small and unscientific, but based on these results and interviews I conducted it’s clear that while many students may be encountering discussions about user-generated content (UGC), few are getting a deep training in the complex ethical and technical challenges and opportunities of eyewitness media.

“I think the teaching is very sparse,” said Claire Wardle, the director of research at Columbia’s Tow Center for Digital Journalism in an email interview. “These skills are not very widespread even within newsrooms so it’s probably not surprising that they’re not being taught consistently across most journalism schools.” Indeed, according to Anthony Adornato, a professor at Ithaca College who responded to the survey, nearly 40 per cent of the social media policies in local TV newsrooms which he has studied do not include verification procedures and safeguards.

Adornato thinks that many newsrooms and journalism schools simply lack staff with the training to teach verification. “The lack of faculty members who have the expertise to teach these topics is a barrier,” he wrote in an email. “Journalism educators must be thoughtful about changes to our curriculum, but we also must be flexible and move quickly enough so that our curriculum addresses the skills needed in today’s newsrooms.”

In the field of emerging technology and its intersection with newsrooms, there are a number of examples where universities have stepped up to serve as important R&D labs for the journalism industry. We’ve seen projects at campuses tackle cutting edge issues like mobile-first media, virtual reality and the use of sensors. However, the majority of work on eyewitness media and verification is rooted not in the academy but in the industry. Newsrooms with verification desks, companies like Storyful and nonprofits like Eyewitness Media Hub have led the way.

Wardle believes this is in part due to how both social media and the tools and techniques of verifying it are changing so rapidly.

“Unless you really watch forensic verification in action, you don’t realize how much of a skill it is,” she said in an email. “People who are doing it or thinking about it all the time have a vested interest in the subject and understand how important it is and how quickly it evolves.”

Even if someone has only been out of a newsroom for five years, Wardle says, so much has changed that it is hard to incorporate into curriculum development.

Where Does Verification Belong? 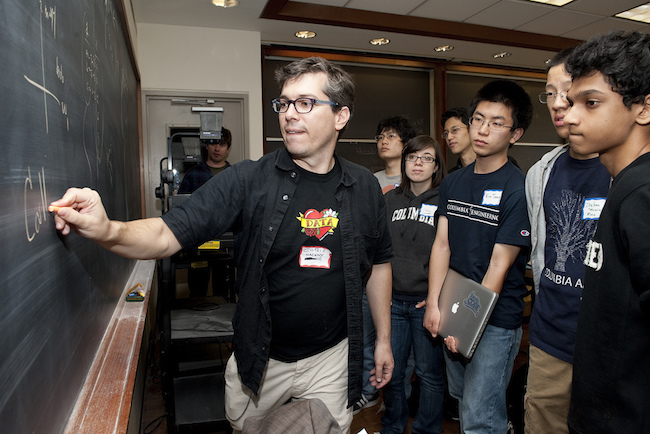 There was a divide in the respondents to my survey between those who taught verification as a skill rooted in reporting classes and those who taught it as an issue in journalism ethics or legal courses. However, in follow up interviews most people agreed that verification shouldn’t be pigeonholed under either kind of course.

Richard Sambrook, Director of the Centre for Journalism at Cardiff School of Journalism, described verification as “a fundamental skill of modern reporting and journalism […] a skill all journalists need to have.”

At Cardiff, Sambrook said in an email interview, verification is taught in basic reporting and production, and eyewitness and UGC case studies are used in ethics and legal courses. Charles Glasser teaches verification and social media reporting as part of his media law course for longform and magazine reporting at The Arthur Carter Center for Journalism at New York University’s Graduate School.

“I teach reporters that ‘you can’t publish what you can’t prove,‘” he told me in an email. “Where most media law classes teach ‘here’s how to get away with it’ I prefer to teach that good journalism is the best defense.”

Anthony Adornato argued that regardless of where UGC and verification are taught, it shouldn’t be left to one class alone.

“Learning to be a journalist is all about repetition,” he wrote in an email interview. “Students should be introduced to these concepts early in their journalism education and they should be consistently integrated into other journalism courses. Such an approach is particularly important if we are serious about preparing budding journalists for what to expect entering the industry.”

What might it look like to weave verification throughout a journalism school curriculum in ways that embodied the kind of repetition Adornato describes? Arizona State University professor Dan Gillmor sent along one vision:

I think it would be wise to include it in basic reporting courses so that it becomes as ingrained as possible. An ethics course would probably look at this from angles such as trust and eyewitness safety (among others). A law course would, of course, focus on the legal issues (which are related to the ethical ones), while a reporting course would likely stick to the practicalities of how, where and when it can be done.

How Can We Help People Teach Verification? 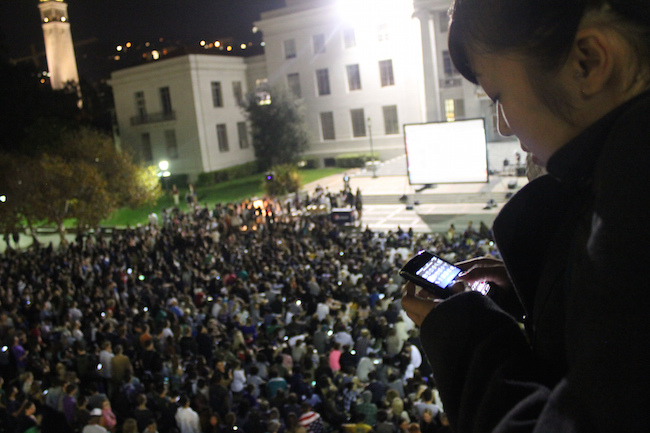 If, as Claire Wardle described above, the most focused attention on verification is coming from the practitioners in newsrooms who are engaged in this work every day, then part of the solution to helping journalism schools expand their teaching of verification has to be through bridging the gaps between industry and academia.

In our email exchange Adornato said he’d love to see “more collaboration between the social media units of news organization and journalism programs.” He suggested campus “bootcamps” for students like the one just held with CUNY and Columbia students to work on the Ghost Boat story.

Nearly everyone else who responded told me that campuses need more case studies they can use with their students. These case studies should take two forms: 1) Problems they can solve and 2) Problems where they can study how other newsrooms solved it.

In the first case, Wardle notes that “for people to learn these skills they need to practice but it’s hard teaching these skills when you don’t have case studies set up that you know students will be able to work through satisfactorily.”

To do that, faculty need case studies which students can actually puzzle through. However, it’s also useful to see how verification issues play out in a live newsroom and so faculty are looking for newsrooms that will document those processes and debrief what worked and what didn’t.

Many of the faculty I talked to were using the free Verification Handbook, and saw it as a very important resource. Creating these sorts of case studies and further connecting newsrooms and classrooms are goals of the First Draft Coalition, but it is equally important that we listen to the concerns and practices of both newsrooms and academics to find workable, industry-wide solutions.

Our site will be launching soon and will include a range of resources and how-to guides for anyone looking to get to grips with these skills. If you have ideas for how First Draft can help expand and support verification education, would like First Draft to come to your campus, or are interested in sharing case studies from your news organization, please email our managing editor Alastair Reid.