'I’m not the killer, I’m still here in Seattle' – Verifying the UCC shooter
First Draft uses cookies to distinguish you from other users of our website. They allow us to recognise users over multiple visits, and to collect basic data about your use of the website. Cookies help us provide you with a good experience when you browse our website and also allows us to improve our site. Check our cookie policy to read more. Cookie Policy.

‘I’m not the killer, I’m still here in Seattle’ – Verifying the UCC shooter 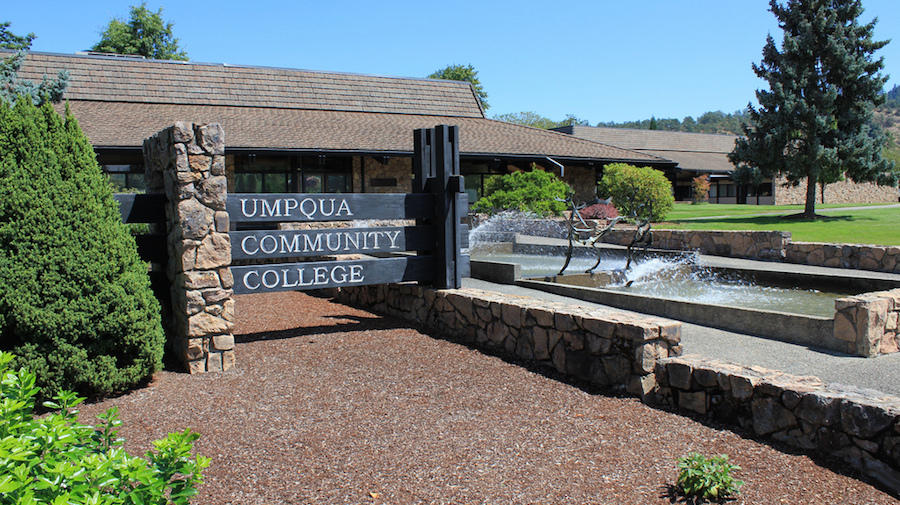 When news of the mass shooting at Oregon’s Umpqua Community College began to spread in October, very little imagery emerged from the scene to help news outlets cover the story and help viewers understand what was happening. Rumours were rife, however, so journalists at social newswire Storyful set to work on verifying information circulating beneath the surface of the story.

The biggest clue in those first few minutes revolved around the infamous messaging board 4chan. Screenshots and photographs were travelling across social networks of a man identified as Toby “Eggman” Reynolds with an anonymous message from the board, posted the night before the shooting, warning other users not to “go to school tomorrow if you are in the north-west”.

“Very early on after the shooting people were saying on the board that ‘we should pin this on Eggman’,” said Storyful duty editor Joe Galvin, based in Dublin, and verifying the identity of “Eggman” was central to the story as it was developing, especially considering the implications of mistakenly naming him as the suspect.

Galvin and colleague Derek Bowler took to searching through “hundreds” of conversations on the board, “going through each one by one” until they found a link to a YouTube account.

From there, the pair split to continue trawling through the 4chan conversations and watching each YouTube video to find more evidence. At first glance, Eggman’s connection to the shooting matched up. Nearly every video featured a young man talking to camera about his life, about 4chan, deriding feminism and “normies”. He matched the appearance of the photos shared on social media and his last video showed he was in Seattle, some 300 miles from the college, so it was “not beyond the realm of possibility” that he was the shooter, said Galvin.

This was enough for some broadcasters. Eggman fit the narrative begun by Eliot Rodger of angry “beta males” as shooters, and the story of an internet bogeyman from an infamous messaging board was too strong to resist.

CNN took the ‘Eggman’ rumour and ran with it

It was not conclusive proof however. Digging deeper into the 4chan threads revealed his Snapchat username, where Galvin was able to start a conversation.

“I’m still friends with him on Snapchat,” he said. “We messaged him and opened a conversation with him on Snapchat and he started posting videos from Seattle saying ‘I’m not the killer, I’m still here in Seattle’. This was all within 45 minutes to an hour of the initial reporting of this guy being a possible suspect.”

By this point some broadcasters were openly speculating motivation of Eggman to carry out the shooting, bringing ‘experts’ on air to discuss the legitimacy of the accusations. Galvin continued to warn clients that Toby ‘Eggman’ Reynolds was not the shooter, not even his real name, although many were very close to broadcasting the misinformation.

Not long after, police revealed the real shooter, a Chris Harper-Mercer, had killed himself at the scene.

“What we were able track down about [Harper-Mercer] was very revealing,” Galvin said, and his “very distinctive name” made the matter easier.

Searches across social networks turned up a myspace profile, where Harper-Mercer listed an interest in the IRA and links to a dating site SpiritualPassions.com. 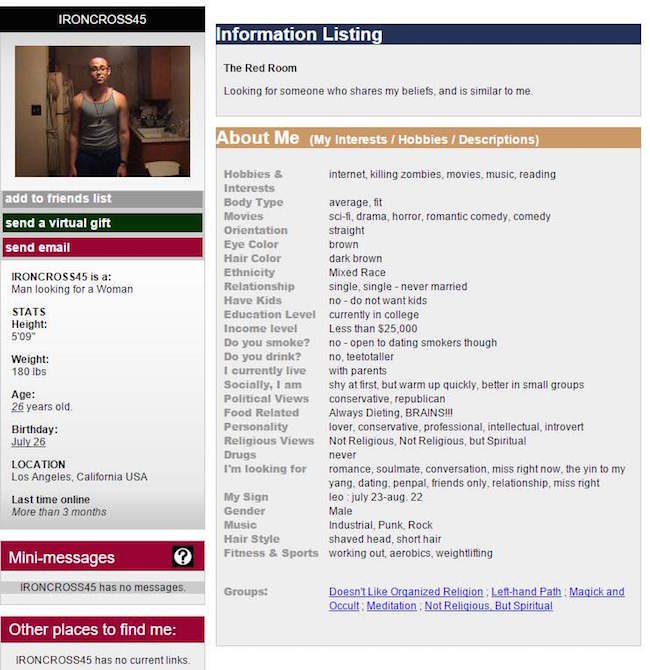 Screenshots from one of Harper-Mercer’s dating profiles, also now deleted

Harper-Mercer gave the username ‘ironcross45’ on SpirtualPassions.com, along with further personal information, which led to a profile MorguePenPals.com, where he listed his email address.

“Once you have an email address you can find almost anything,” Galvin said. “He had a profile on a torrent site and the things he had downloaded recently were things like the Sandy Hook shooting, things about Columbine. They were recent downloads.

“We also found this blog connected to his KickAss Torrent profile about the Lester Flanagan shooting and how he sympathised with Lester Flanagan. Now you have a real sense of this guy’s state of mind.”

The information was shared with clients as an extensive dossier on Harper-Mercer’s social footprint, to inform the story as they saw fit.

Storyful has powerful in-house tools to search the social web for videos or pictures, or receive early warnings when certain keywords are used regularly in a particular area. But in verifying the identities of these two men linked to the UCC shooting, Galvin said it was a simple matter of Google searches and knowing where to look.

“We are not using powerful tools in these cases to establish the facts, we’re using old-fashioned research skills of journalism, going through things systematically, being patient and making sure we have the right information to hand.

“This is stuff anyone can do if they knew how to go about it and if they have the patience to stick with it.”

Recommended reading: ‘Verification 101: Checking out material from social and putting it into practice‘

One thought on “‘I’m not the killer, I’m still here in Seattle’ – Verifying the UCC shooter”