Misinformation accompanies US expansion of boosters 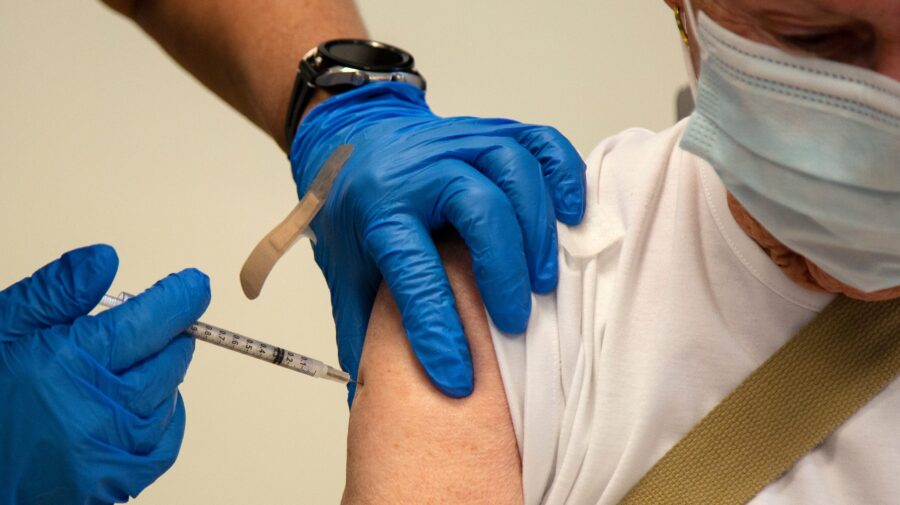 A woman gets her COVID booster shot on Monday, Nov. 1, 2021, at the Naples Senior Center. (USA TODAY NETWORK via Reuters Connect)

As the United States is poised to roll out its Covid-19 vaccine booster program for all adults, misleading information on social media around this latest development is likely to become the focal point of the next round of vaccine misinformation.

Already, false narratives about additional vaccine shots creating a new wave of infections and newer variants of the coronavirus elsewhere in the world have resurfaced. For example, Robert Malone, a Covid-19 vaccine skeptic known for his role in contributing to the development of mRNA vaccine technology but has since been promoting claims of the vaccine causing miscarriage, the vaccine not being authorized and other false information, is a major promoter. Malone, who has a sizeable audience through Twitter and his amplifiers in the right-wing media ecosystem, has posted multiple tweets in the past few days describing the vaccine as “leaky”.

Other pandemic skeptics and vaccine deniers used the rise of case numbers in Western Europe, where many countries had already given out extra doses, as purported “proof” of booster shots leading to new and more infections. Some social media posts pointed to Gibraltar, the highly vaccinated British territory that just announced a new round of Covid-19 restriction measures because of increasing infection numbers.

A blog post by an anti-vaccine Substack user popular among like-minded social media users claimed that neighbouring countries where booster shots have not yet begun or kicked into high gear had less of a spike in cases than Gibraltar. It was retweeted by Jeffrey A. Tucker, a libertarian writer and president of the Brownstone Institute, a newly founded publication that has been promoting ivermectin, hydroxychloroquine and other unproven Covid-19 “cures.”  — Keenan Chen