Videos of anti-vaccine healthcare workers being removed from jobs reinforce misleading claims
First Draft uses cookies to distinguish you from other users of our website. They allow us to recognise users over multiple visits, and to collect basic data about your use of the website. Cookies help us provide you with a good experience when you browse our website and also allows us to improve our site. Check our cookie policy to read more. Cookie Policy. 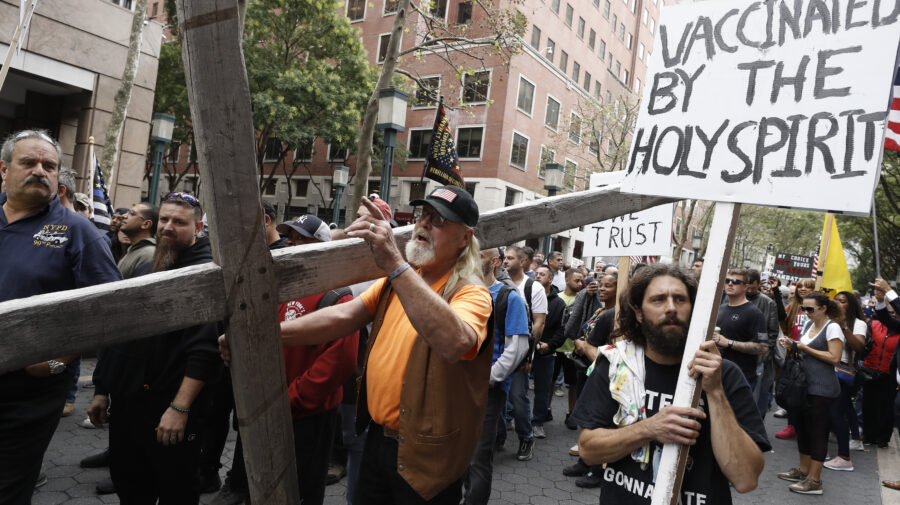 Several videos of anti-vaccine medical workers recording themselves being suspended or fired from their jobs at healthcare facilities have generated significant interest in the past few days.

In one video, which had been viewed over 7 million times on Twitter before the account was suspended, a San Diego-area nurse filmed herself being escorted out of a medical facility after refusing to take the Covid-19 vaccine for religious reasons. The nurse told a San Diego television station she believed her “God-given immune system” was good enough to fight Covid-19. In addition to its spread on social media and amplification by influencers, the video also received coverage from news organizations and digital outlets such as The New York Post, The Daily Mail, Newsday and the right-wing One America News Network.

Similarly, in another video, a healthcare worker at a Los Angeles hospital was escorted out for his refusal to receive what he called “the experimental vaccine,” a long-lasting misinformation narrative. The video, shared by a Facebook Page based in South Africa, has received at least 3.5 million views since last weekend. These viral videos once again show how misleading claims from healthcare workers — even if they have no training in epidemiology or vaccine science — can resonate because due to their profession, they are perceived as experts. — Keenan Chen